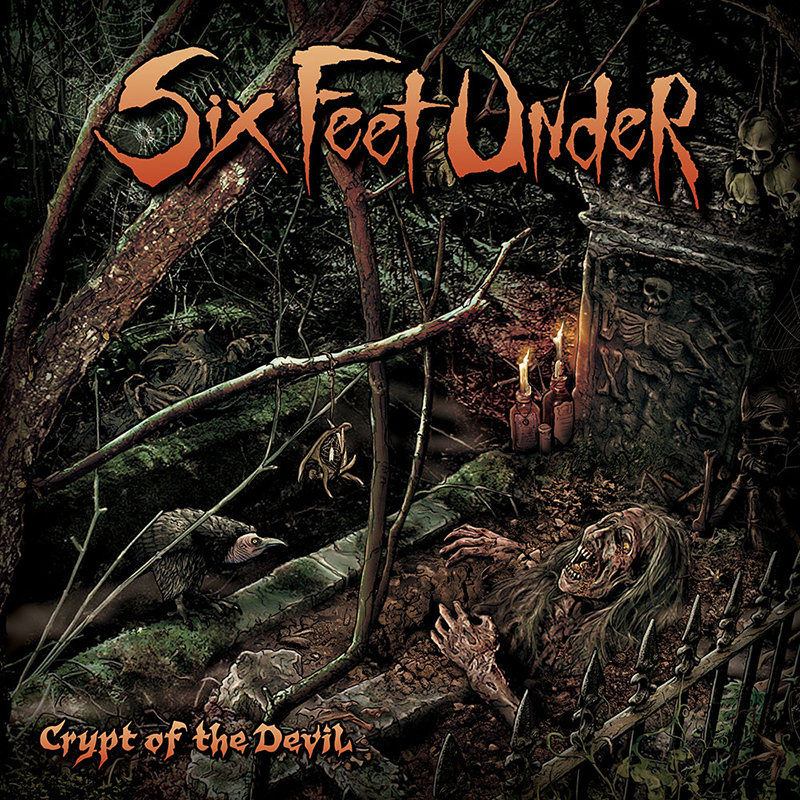 Review: Six Feet Under – Crypt of the Devil Six Feet Under
Crypt of the Devil

When it was revealed that the Six Feet Under album Crypt Of The Devil was written entirely by vocalist Chris Barnes and Phil Hall from Cannabis Corpse (with Hall playing all rhythm guitars and bass on the recording), I was extremely excited. I am pleased to say that all of my lofty expectations were met AND exceeded. Although Six Feet Under have crafted a definitive sound in the death metal genre over their 20-plus years, which is still present as the base musical construct of their pieces, this album is far and above more technically proficient than anything they’ve done before. Fusing chugging tempos that carry a heavy groove with arpeggios that lift their unyielding brutality to new heights, Crypt of the Devil is an album that fans of death metal (even those who have never really liked the band before) cannot afford to miss. –R.G.B. Robb