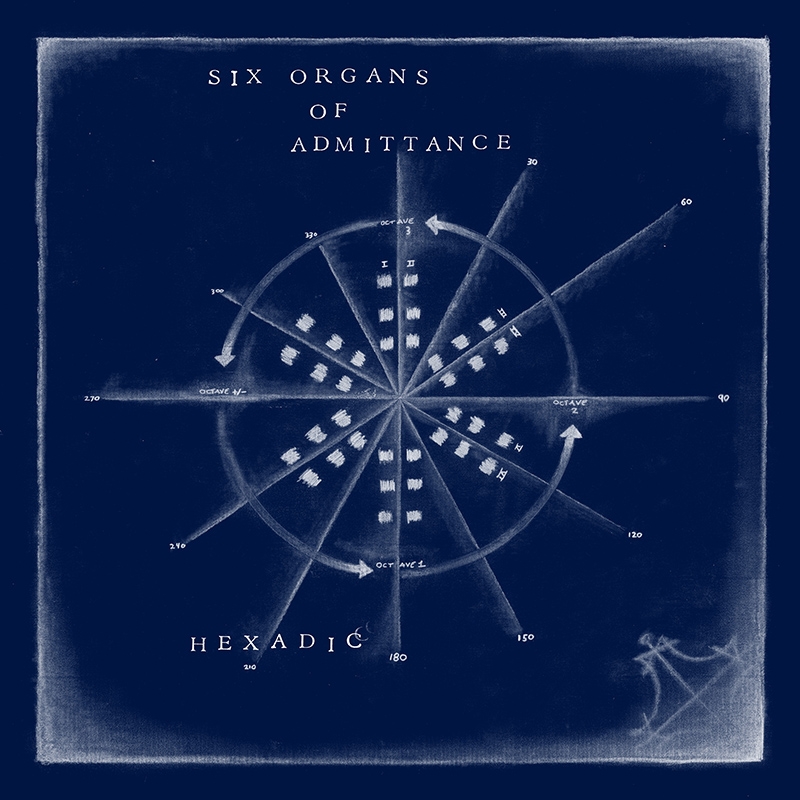 By now, Ben Chasny is one of the elder statesmen of the late ’90s/early 2000s “freak folk” movement. Along with groups like Sunburned Hand of the Man, Sun City Girls and others, Chasny, working with a number of other practitioners in addition to Six Organs, introduced experimental and psychedelic influences to the hybrid genre. Hexadic is Six Organs taken to one extreme on the noisy end of the spectrum, further even than Sonic Youth’s avant-garde SYR label recordings. In a way, it’s as the title implies, the power of Six to the exponential degree—controlled chaos! –Stakerized!