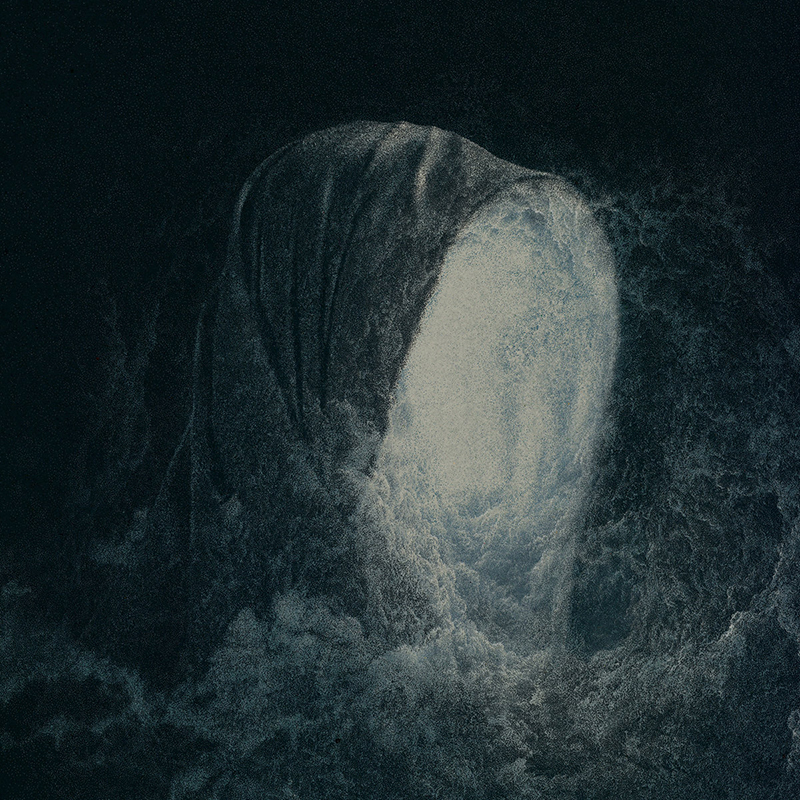 As one of this millennium’s biggest metal exports, Skeletonwitch have dominated the scene with their supercharged, riff-heavy, whiplash-inducing, melodic, thrashy, blackened death metal. Now, with their seventh album, Devouring Radiant Light, and the debut of their new singer, Adam Clemans, they continue down through the abyss while adding different nuances in their songwriting.

Noticeably different on the record is the time-lengths of each song—tracks on their previous records would range from 2–3 minutes: on Devouring Radiant Light, song lengths are nearly tripled. The opening track, “Fen of Shadows,” is near eight minutes long and layered with more elaborate arrangements and shifts. This sets up the album’s more progressive nature. They’ve significantly brought the tempo down a few BPMs, but that doesn’t always necessarily establish the album as any less heavy. What really makes metal music sound so substantial is the setup and payoff between segments, and that seems to be Skeletonwitch’s game plan with this album.

They also delve deep into their melodic death metal influences and lay on some NWOBHM flair to some tracks. The opening riff of “When Paradise Fades” is highly evocative of classic Iron Maiden, and when Clemans begins singing, it sounds like they’re covering “2 Minutes to Midnight.” It does, however, shift into a more atonal realm with guitarists Nate Garnette and Scott Hedrick working off of each other to create some dissonant riffs with plenty of blast beats to go around, before pulling it back to the Maiden sound again.

These guys weren’t fucking around with the more dynamic songwriting approach when it came to the title track—the song takes its time to set up, creating a very intense atmosphere, and does not fail on its delivery, contextualized with swaying guitar harmonies and drum beats to match. “The Vault” takes it to the next level—each segment flows so seamlessly that you don’t even notice that eight minutes have passed. “Carnarium Eternal” brings it back to classic Skeletonwitch with driving, thrashing riffs hammering with persistent ferocity for over three minutes, showcasing that even through the refinement of their sound, they have not lost their edge.

Devouring Radiant Light is best explained as the next step in the band’s musical development—it’s different, but doesn’t deter too far from their original sound. There are plenty of riffs that you can throw yourself around to on this album, but it also lulls you in and warms you up before blasting you with its rampage, unlike their previous records, which threw you right into the fire from the get-go. It’s like comparing horror movies—you can overload it with as many jump-scares as you want until it eventually gets predictable, but if you let the atmosphere set in and allow your audience to settle down, it makes it easier to catch them off-guard. Nothing sounds forced on this album, and it’s refreshing to hear the new elements they’re experimenting with. As Skeletonwitch have descended deeper into the depths of their musical capabilities, I believe that they’ve delivered their darkest, murkiest and heaviest album to date. –Eric U. Norris