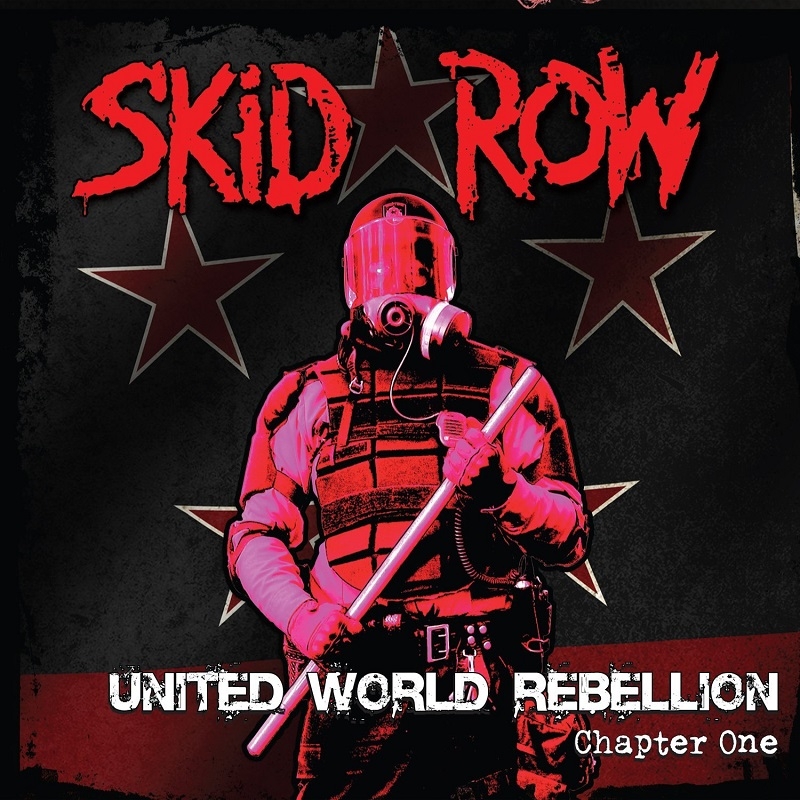 Skid Row
United World Rebellion: Chapter One
Megaforce Records
Street: 04.16
Skid Row = Slave to the Grind-era Skid Row + W.A.S.P
Simpleton historians cling to the idea that “hair metal” met its final death-blow the second “Teen Spirit” debuted on MTV, but they’d really only be half right. While bleached Seattle-ites helped nail the coffin closed, 1990 strip-metal was already roiling in its own sea of change independent of anything going on up in the Northwest, as made evident by Skid Row’s largely underrated Slaves to the Grind. It was an aggressive departure from their party-sleaze work of before, and one that’d go largely under-celebrated in the wake of rock’s new obsession with flannel and DM’s…but it’s with that mentality that this spate of new EPs, to be released every few months, should be approached. Wholly present are the trashy punk-style riffs and attitudes, along with a sly flirtation with contemporary paranoia (“Kings of Demolition”). It’ll never make the same impact of the sunset strip days, but for it now being 30 years and an entire mish-mash changing of cultural attitudes on, it does a damn good job of rehashing the classic sound of salad days, replacing ‘80s breeziness with post-millennial anger and isolation. –Dylan Chadwick
Photos: