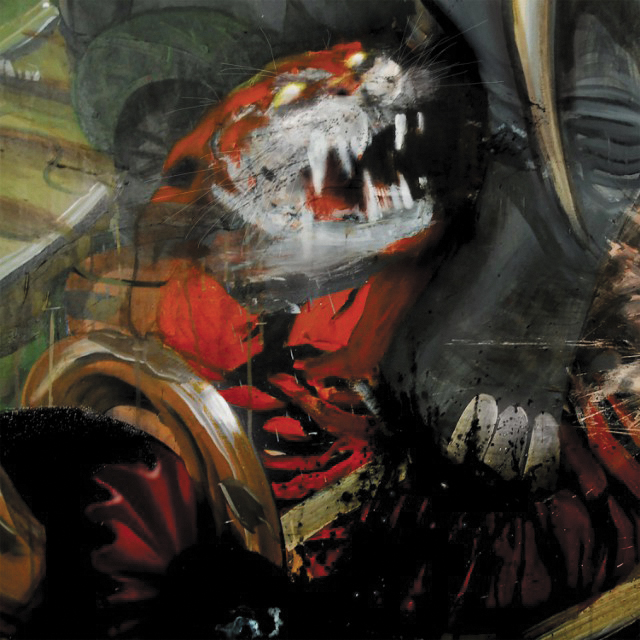 After a long three years, Sleigh Bells are finally back with their fourth studio album, accompanied with a release tour. This album may come as a surprise to those of you who are aware of Sleigh Bells’ current legal battle regarding songs of theirs that they believe were sampled without permission. This has not put a kink in the noise-pop duo’s sound or release, though.

Jessica Rabbit, as you may know her from “Who Framed Roger Rabbit?” is a sexy yet hardnosed woman who is the perfect representation of this album. Sleigh Bells’ lead vocals, provided by Alexis Krauss, remain haunting and beautiful while holding strong when they are belted during most choruses. Jessica Rabbit also holds firmly to the glitch noise-pop sound that Sleigh Bells have cemented, but in this fourth release, they experiment with more trap-inspired beats, paired with almost metal-inspired guitar and drums. The breakdown in “It’s Just Us Now,” while sporadic and unpredictable, comes heavy with enduring cymbals and snarling guitar riffs. This track may also have some of the best-sounding vocals I have heard from the Brooklyn duo.

Not every track is so in your face, though. “Hyper Dark,” while still aggressive in nature and backed by a punk-sounding guitar riff, seems to loom in the background, switching with cloud-style synth, allowing the vocals to claim centerstage over the track. Tracks continue to hold experimental shifts in the tempo and overall sound as each song progresses—a staple for Sleigh Bells. “Rule Number One” comes out swinging with a guitar riff reminiscent of early Rise Against. It’s accompanied by a trap-style beat, heavy on its bass and fast-paced hi-hats. The track then proceeds to take on a second life of its own in the latter of the song with simple, tambourine-heavy beat and a more tangy, wine-like guitar riff.

Through all of their releases, Sleigh Bells have always been true to their unique sound, and many will agree that this is the reason for their success. I would have to agree. There is a punk-rock feeling throughout this album from the guitar riffs to the heavy breakdowns and all the way to the spacey, dream-like synths. Jessica Rabbit will most likely be loved by fans of Sleigh Bells’ previous music and by those who have been hoping for a heavier Sleigh Bells. If you want an album filled with tracks that don’t abide by normal constructs or that reference multiple genres per song, then Jessica Rabbit will be your cup of tea. –Connor Brady