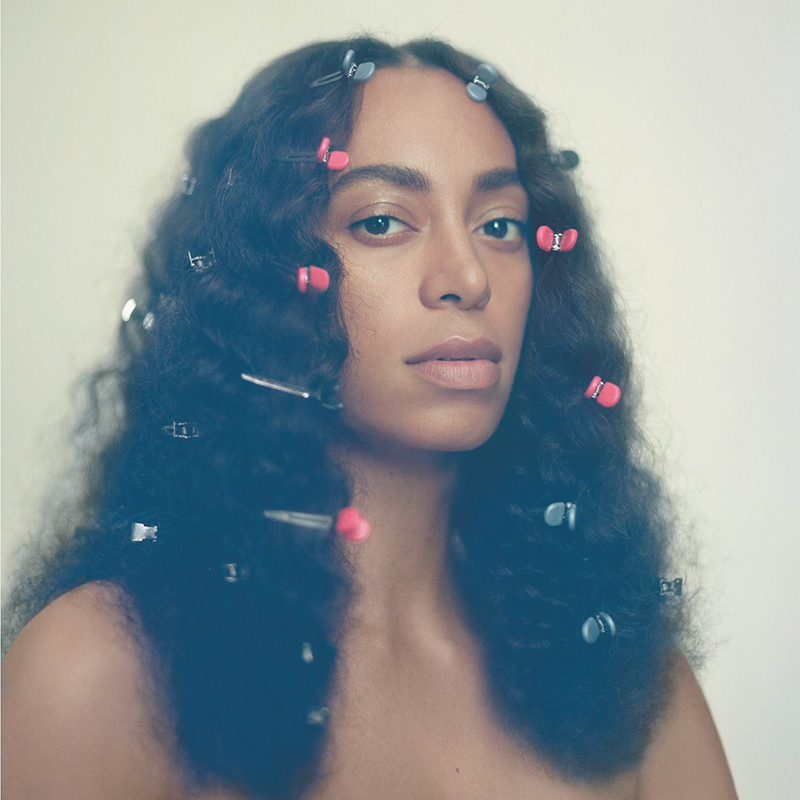 Review: Solange – A Seat at the Table

Solange
A Seat at the Table

A Seat at the Table was four years in the making for Solange, and couldn’t have been released at (and for) a better time. It crystallizes identity and Black experience into a thing of heartrending beauty that weaves between simplicity and ethereality, where Solange’s voice—deeply mysterious at times, silvery and feathery at others—effortlessly narrates an experience that fits right into current conversations about Black social issues. In addition to Solange’s own songwriting and production, the 21-song album includes eight interludes, featuring Master P, her father Mathew Knowles, Kelly Rowland and mother Tina Knowles, along with contributions by Devonte Hynes (Blood Orange), Adam Bainbridge (Kindness) and Kelela, among others. Though rich with collaboration, the project started as and is ultimately an exploration of Solange’s own identity and familial legacy, right down to the initial recordings done in New Iberia, Louisiana, where Knowles’ grandparents lived before fleeing the Ku Klux Klan.

“Rise” and “Weary” make up the album’s base, wherein Solange sings out about this kind of falling down and getting back up, and then returning to the weariness of a world that makes things this way. A Seat not only shows the rise and the fall, but also what happens in between. With her influences listed as Kanye West’s triumphant song “We Major,” Claudia Rankine’s stark racial narrative, Citizen, Lauryn Hill’s controversial session on MTV Unplugged and Lynette Yiadom-Boakye’s paintings of black figures (who come to life in the colors, posturing and movements in the video for “Don’t Touch My Hair”), Solange seems to identify with these Black artists who also explore those in-betweens. In “Wear,” Solange sings, “I’m gonna look for my glory / I’ll be back real soon,” and she means it. She goes on to find her glory in “Cranes in the Sky,” the album’s light-filled and undoubtable hit.

“Cranes in the Sky” and “Don’t Touch My Hair” each have accompanying videos, and in the latter, Solange, along with Black men and women all in a myriad of hairstyles, dance elaborately and gracefully in wide-open spaces. Keeping in mind that these painstakingly intricate styles (braids, afros, waves and curls) are rooted in a tradition of practicality and expression particular to Black people, it follows that she trades out “hair” for “soul” and “crown” and “pride” at different points in the song and sings that “They don’t know what it means to me.” This particularity of Black experience carries on into “F.U.B.U.” (an homage to the Black-owned clothing company FUBU, which stands for “For Us By Us”), and its interlude, where Master P says, “If you don’t understand my record, you don’t understand me, so this is not for you,” which serves as a jumping-off point for Solange to outline her struggle for independence, success and an autonomy that relates back to her ownership of her own hair. She most definitely refers to her own record when she asserts, “This shit is for us.”

She demarcates her lines: “Don’t You Wait” and “Don’t Wish Me Well” nestle into the seamless progression of song-to-interlude-to-song as intense standouts. Even with these and other exceptional tracks, the songs are most powerful together. Their cohesion, along with the provocative writing and flawless production, call to mind recent albums like Blood Orange’s Freetown Sound and Beyoncé’s Lemonade, which also swirl with shimmering imagery and emotional, political themes. A Seat at the Table will transcend its release year because of the strength with which Solange conveys her sense of self and Blackness, and because of the pure beauty that emerges from Solange’s dive into self-conception and the highs and lows of her vitality. –Erin Moore