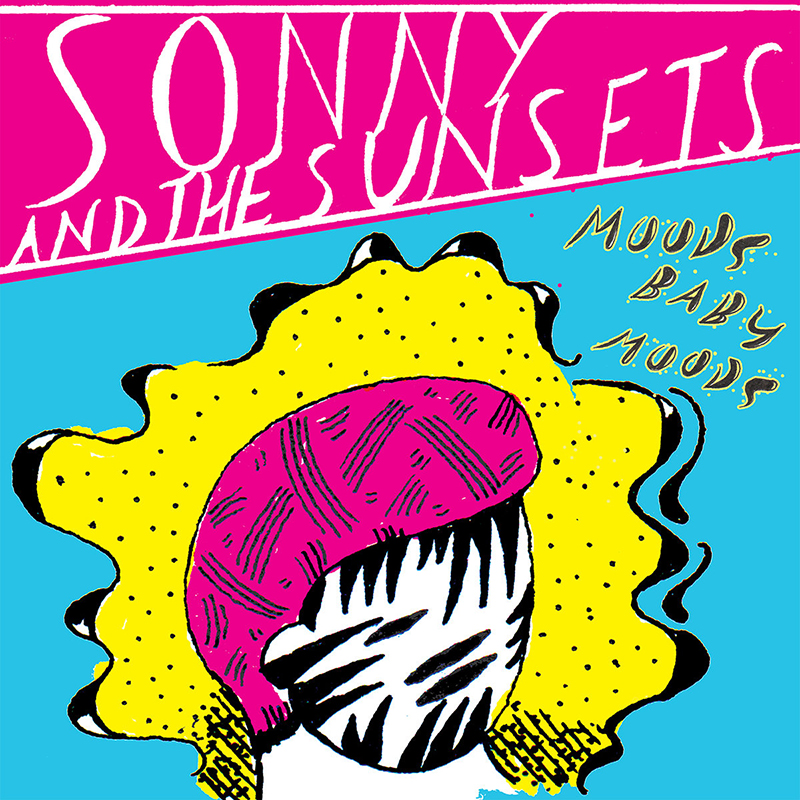 Sonny & the Sunsets are fully weirding out on their newest release, Moods Baby Moods. With tracks titled “Well But Strangely Hung Man,” “White Cops On Trial,” and “Dead Meat On The Beach,” there is an air of the bizarre that exudes from the album’s pores. San Francisco, where Sonny & the Sunsets are from, has been far-out for decades.While the rest of San Francisco’s bands are getting fuzzier and noisier, Sonny is only getting folkier and, for a lack of a better word, sunnier.

Moods Baby Moods is never a bummer. No matter what Smith is singing about, the album maintains a lightheartedness that flickers throughout each track on the album. Take the song “Nightmares,” for example: The bass line is radically funky, the keys dance airily in the background and the occasional clapping sparks vitality into the beat. The grooviness of “Nightmares” is anything but what nightmares are made of. The song is more like a raunchy, ’80s party straight out of a John Hughes film.

The track “Moods” can be best described as an intricate trip down the Rainbow Road course in Mario Kart. The song is equipped with ambitious horn parts and peculiar sounds that are most likely generated by a synthesizer, all equating an elaborate, space-like experience. In modern age, an extremely introspective skit concludes the song. A man’s voice says, “So much crap up in my head, I don’t know why I have what I have. I don’t know why I am who I am. Just trying to live.” A woman, possibly in response, quips, “What the hell is this thing? You disgust me.” An alien-like voice exclaims, “Even on our planet, we don’t have anything as fucked up as that.” And finally, a deep voice speaks: “There is one thing I do know, son, and that is you are here for a reason.” Ah, the ever perplexing, lifelong questions of: Why are we here? Who am I? What is my purpose? Smith seems to contemplate those questions while simultaneously concluding that he has a purpose, even if he may not understand what that is.

“Well But Strangely Hung Man” is as funky and spirited as the title suggests. The song opens with a woman singing, “Well but strange man.” Smith then sings, “So he lowered his shaft into the shaft.” The lyrics are often nonsensical and in all truthfulness, I don’t have a clue what they could mean. “White Cops On Trial” is a song with a much clearer message. After the last year of disheartening scandals associated with innocent black victims and overly aggressive cops, it’s no surprise that Smith wrote a song about circling around those instances. He asks the simple question, “Why can’t we seem to put him away?”

Moods Baby Moods as an album appears to be trying to sort through the often bewildering aspects of life. Nonsensical lyrics symbolize the correlation of how mystifying and complicated everyday life can so often be. Life always has been and always will be a part of the unknown for us mere mortals. Maybe ultimately never having all the answers is the only thing that makes life worth living—or, if we do gain all the answers, we might be gravely disappointed. –Alexandra Graber