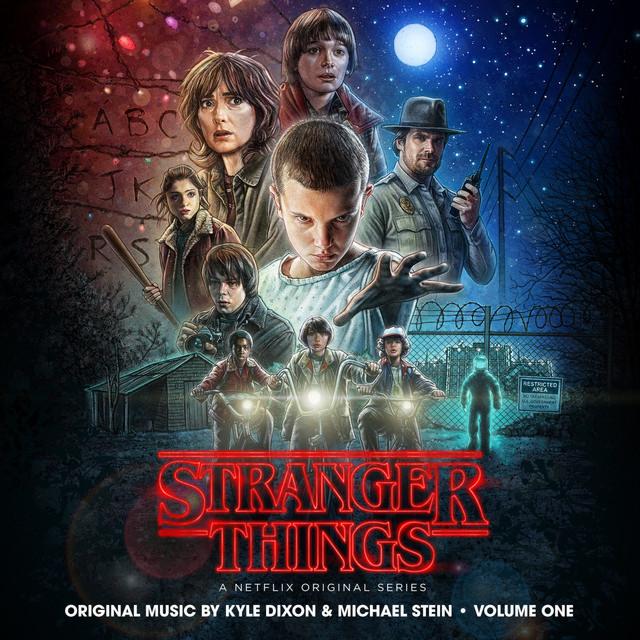 Unless you’ve been living under a rock for the past couple of months, you’ve likely experienced the Goonies-meets-X-Files nerd-gasm that is Stranger Things. The series is set in a small Midwestern town and delves into the disappearance of a tween-aged boy, with no shortage of conspiracy theories, supernatural beings and Dungeons & Dragons references. The cinematography is effortless, the story is decently spooky, and who doesn’t love Winona Ryder in mom jeans? Written and scored by the Kyle Dixon and Michael Stein of Austin band S U R V I V E, the soundtrack is not as over-the-top cheesy ’80s as one might expect. Rather, it’s a chronicle of subtly nostalgic synth that is infused with classical elements.

If you’ve fully binged on the show, prepare yourself, as the soundtrack requires binging, too: It tops out at 75 tracks with Volumes I and II. Volume I correlates with the first season of Stranger Things, with track names that are obvious moments in the series, such as “One Blink For Yes” and “Walking Through the Upside Down.” Despite that, the music is not glaringly thematic and could easily pass for a sort of ambient album. The tracks are impressively cohesive and convey anxiety in a realistic, human way—with a slow, creeping tingle rather than an explosive climax of fear. Dixon and Stein’s electronic-quartet background lends itself smoothly to score writing, allowing them to mimic the series’ sentimentality with a modern twist.

“Eleven” has a “Clair De Lune” touch to it, with whisper-soft keyboard and a feeling of quiet fortitude, translating beautifully to the character of its namesake.  Fans of the Eggo-loving Eleven will appreciate how at times the track is almost silent, but progresses to powerful swells of emotion.  “The Upside Down” appears midway through the album and represents the alternate dimension in which the Demogorgon monster resides. For the first few full minutes, the music is barely there and dissonant, every so slightly increasing to reach a steady, unsettling rhythm before tapering out to an eerie electric fade. Several of the tracks that follow are nightmarish in both tempo and imagery, from “Fresh Blood” to “Hanging Lights.”

In “Lights Out,” we hear a literal musical interpretation of glass lights bursting and breaking, followed by a slew of songs that wind down from the more dramatic pieces. The finale of the soundtrack is “Hawkins Lab,” which begins with a dull whirring sound and evolves into a suspenseful “dun-dun-dun” techno-scape that serves as an apt last punch to the series. Dixon and Stein have masterfully changed the game for future television-scoring musicians, setting a high standard with their compositions which are both metaphorical and nail-on-the-chalkboard realistic. The sheer prolific nature of writing 75 unique but cohesive tracks without going completely overboard with theatrics is nearly as impressive as the television series itself. –Kia McGinnis