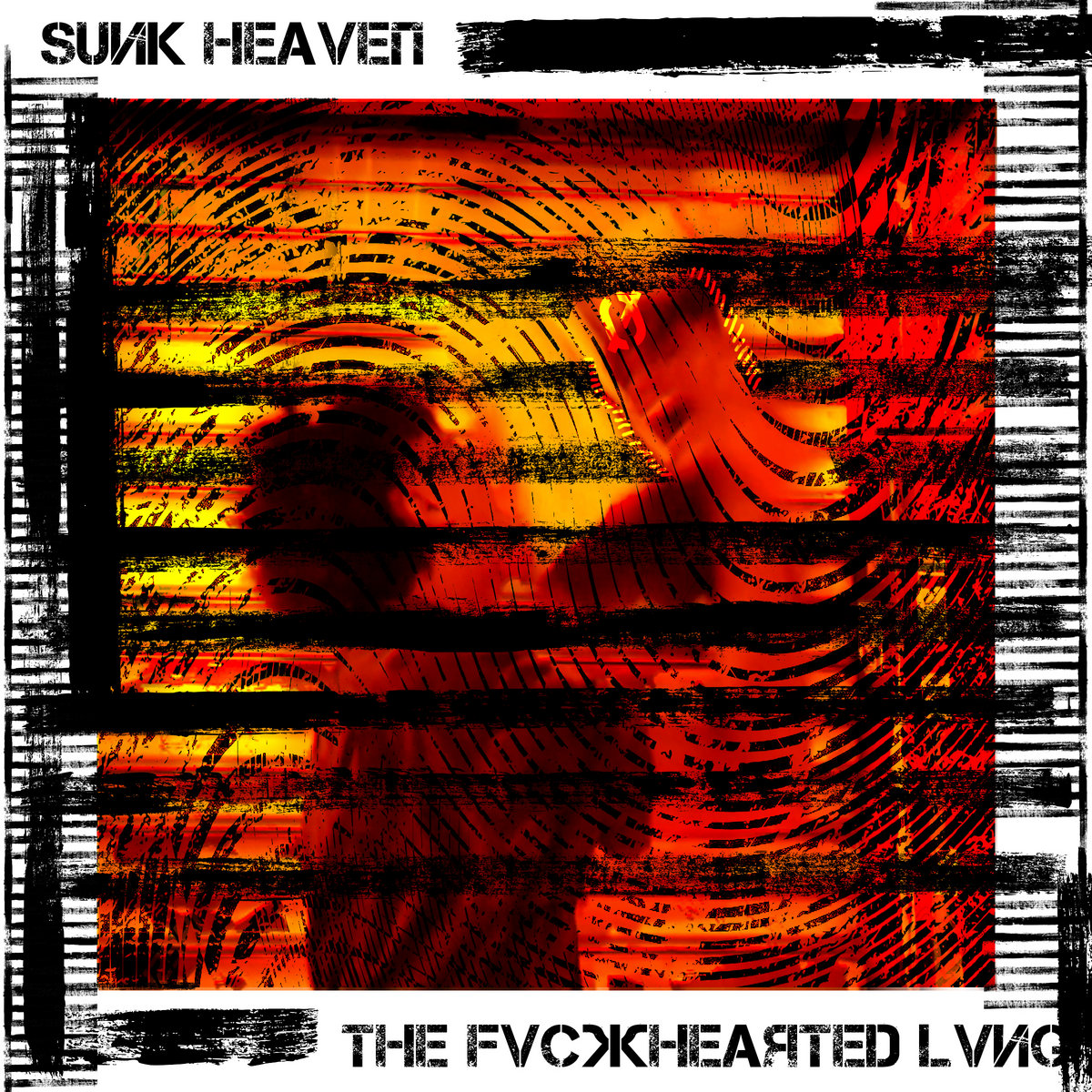 To any listeners unacquainted with its artistic DNA, THE FVCKHEAѪTED LVNG will probably sound like music from another planet—if not another dimension entirely. Sunk Heaven mastermind Austin Sley Julian is clearly inspired by a plethora of left-field musical traditions—’80s no wave, ’90s industrial, a half-dozen of the grimier strains of electronica, harsh noise—and he manages to blend them all together smoothly enough that it’s easy to just marvel at how wild it all is. The album draws from a wide array of sounds, and the fact that everything here is so coherent is a testament to Sley Julian’s ear as both a composer and a producer.

Fans of all those aforementioned genres, though, can probably get a pretty solid idea of what this album offers just from that list. Industrial? Here’s the echoing, metallic clangs that form the rhythm section on opener “Fortitude”. Harsh noise? Here’s the squealing electronics smothered in distortion and other effects on “Fall W-O Impact”. No wave? Here’s the often-shouted vocals and disturbing lyrical imagery on “Motiv Turmoil”. I went into THE FVCKHEAѪTED LVNG expecting a roiling, misanthropic assault on the ears, and that’s more or less exactly what I got. That may be a credit to the album’s effectiveness more than anything, but for something so intentionally inaccessible and chaotic, the feeling of boxes being dutifully ticked off makes that abrasion seem, at times, almost perfunctory.

The album caught me the most off-guard (and left me the most impressed) with its use of melody. When Sley Julian gets some distance from his howling maelstroms of overdriven noise, he shows a real gift for coming up with both spooky, forlorn note sequences and cavernous production to house them in. “A Nameless Influence” offers the first real glimpse of this, allowing Sley Julian’s vocals to take center stage against a backdrop of spare, hissing percussion and beeping keyboards, the latter of which provides an interesting contrast with the vocal line’s wavering atonality. The instrumental “Coiling Devices” drapes layer after layer of melancholy synths over a bed of glitching effects for the album’s most disarmingly emotional composition, and “Phoenix” expertly employs guest vocalist Rachel Uhlir’s operatic wails to add a ghostly atmosphere to the distant tribal beat at the heart of the track. Though these songs still make their home miles away from anything that could be considered “mainstream,” even just a pinch of something more musically familiar gives them depth and contrast that the album’s more aggressive moments tend to lack.

For as enamored with boundary-breaking musical expression as it is, THE FVCKHEAѪTED LVNG finds itself most unique and affecting when it strays from its least accessible influences, or when it finds space for those influences alongside something a bit more tender. Sley Julian is competent enough when it comes to ear-pulverizing noise or gritty no wave-isms, but this album left me hoping he takes any future releases as an opportunity to further explore Sunk Heaven’s more stripped-back, melodic side. Noisiness and grit are par for the course when it comes to acts in this lane. A handful of melodies that genuinely stir the soul, though? That’s something special. –Nic Renshaw