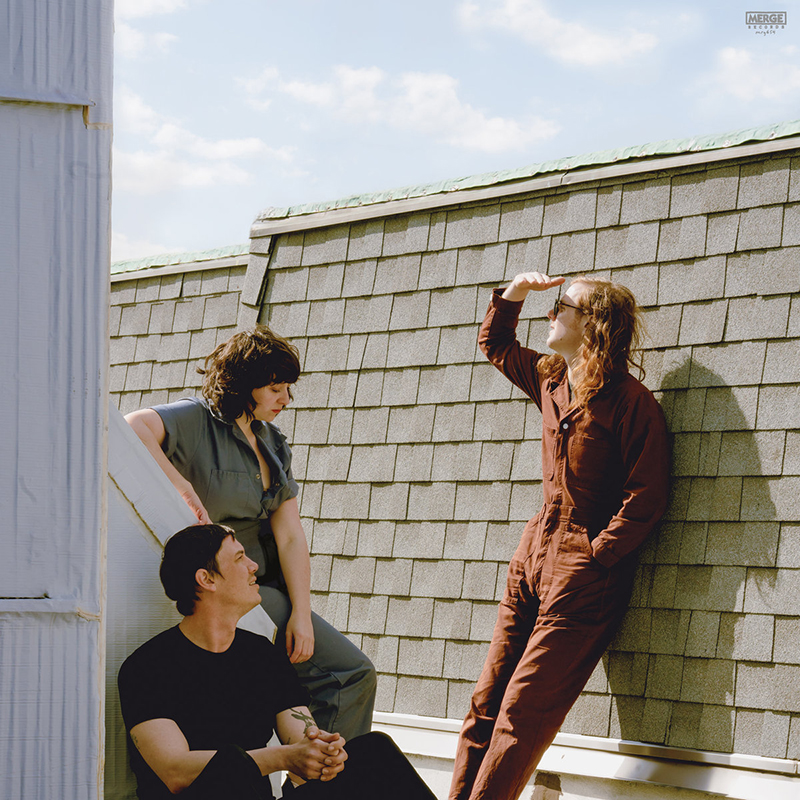 Review: Swearin’ – Falling into the Sun

Swearin’
Falling into the Sun

The Crutchfield twin sisters have long been wandering around the musical landscape—showing up together in bands such as: PS Eliot, The Ackeys and Bad Banana. Both sisters have branched out into solo careers: Allison Crutchfield released Tourist In This Town (2017) and the EP, Lean In To It (2014), and Katie Crutchfield has firmly established herself as the solo artist Waxahatchee. The sisters are famous for creating memorable music and leaving it behind like signposts before moving onto other adventures and projects. However, this time around Allison Crutchfield is circling back and joining up with one of her earlier bands, Swearin’.

Swearin’ was formed in 2011 by Allison Crutchfield (vocals,guitar) and Kyle Gilbride (vocals, guitar) with Jeff Bolt (drums) and Keith Spencer (bass). The band released two projects: The EP, What A Dump (2011) and Surfing Strange (2013). When Allison and Gilbride ended their relationship in 2015, so ended the band. Allison went on to tour with her sister and lean into her solo career. Earlier this year, the band Superchunk convinced Allison and Gilbride to get the band back together and open for a handful of shows. They agreed. Allison, Gilbride and Bolt leveraged the success from the Superchunk shows to settle in and record the album Fall Into The Sun.

The band sounds grounded and refreshed, picking up right where they left off with a laid-back, surfy vibe, punk rock guitar runs and start/stop stutter-motion that defined ’90s rock. The vocals are delivered and exchanged perfectly between Allison and Gilbride, both setting themselves apart and complementing each other at the same time. Allison moves her vocals from a soft, quiet purr to a riot-grrrl ruckus, while Gilbride delivers a higher-pitched, business-like warble that has immediacy in its uneasiness.

The record is about growing older and coming to terms with lost youth, bad decisions and failed relationships—how fragmented lives can be stitched back together by time and space. Allison and Gilbride prove this, mending the fence they may have put up between them. You feel the tension on this record, but it comes with an equal helping of  acceptance. The record implies that Allison was the one that left—left Philadelphia, left Swearin’ and left Gilbride behind. On “Untitled (LA),” Allison sings, “Moonlight drive to the west side/Another planet,” Los Angeles, California, where Allison settled in to rediscover herself. “I write you ceaselessly and abstracted/I hang out with old friends/And they unknowingly remind me/of who I was before we met,” Allison sings on “Grow Into A Ghost,” and Gilbride stays behind. “By pure dumb luck,” Gilbride sings on “Dogpile,” “I’ve gotten where I’m going.” Like all punk rockers do—even the indie ones, you grow older—you forgive and your life expands out.

Surprisingly this is not a relationship record. This is not Fleetwood Mac’s Rumors. Allison and Gilbride do not flood the record with heartbreak, betrayal and the big “get even—” Not even close. This is an album of nostalgia, community, reinvention and looking at the world after the emotions drain away. You can feel that all participants are comfortable being in the same room again. The music pours out and the lyrics stay with you long after the record ends. Like every good record does, it reminds of why we love music in the first place. “The best years of our lives were spent in somebody’s basement,” Allison sings on “Big Change,” “Radical romantic conversations about how we were all mutants that found each other by chance through rock-n-roll music.” – Russ Holsten