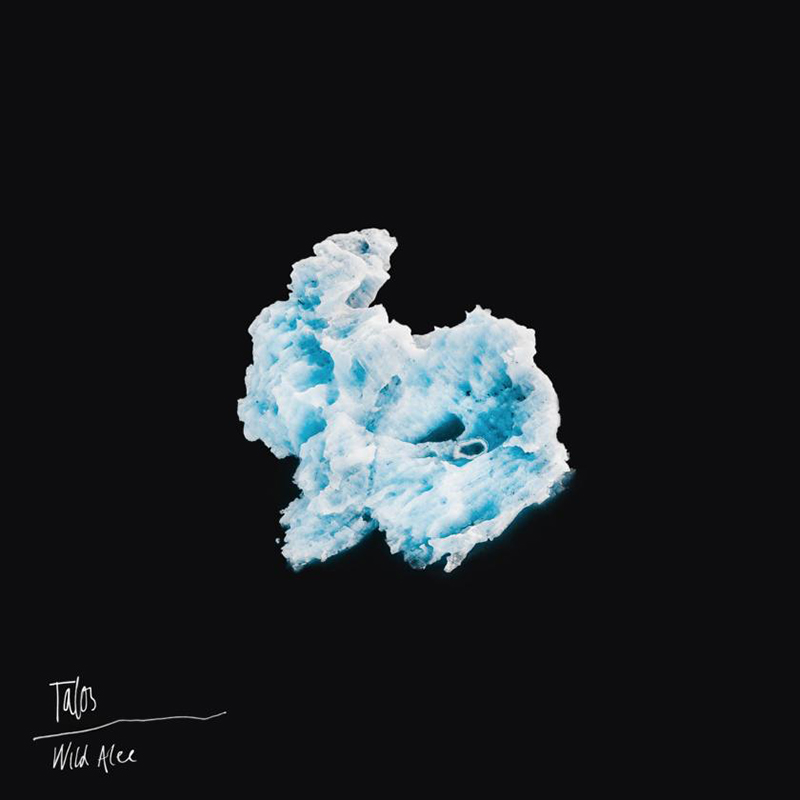 Eoin French is Cork, Ireland’s indie wunderkind and something of a more familiar figure in his home territory, where he’s been building steam for several years. French’s debut album, Wild Alee, comes on the back end of several expansive singles slowly released over the preceding year and picking up greater energy for this perplexing artist. Under the moniker Talos—inspired by his grandfather’s love of Greek mythology—French brings breathy, wispy vocals and wayfaring synths into a beguiling combination. Seventeen tracks gorgeously alight the deluxe edition of Wild Alee, to be released in late June and including the recently released, energetic single “Kansas”—a part of the four Then There Was War EP tracks included in the deluxe version. Unlike many ultra-lengthy LPs, Wild Alee does not fatigue nor feel neurotic. French manages to perfectly play his hand and keep the listener subtly enraptured from beginning to end.

Wild Alee opens unassumingly with French’s signature bright, competent falsetto and a repeating ring of what sounds to be undersea sonar, a sonic reference that returns in the refulgent second track, “Odyssey.” French pulls from the ambient mastery of Brian Eno with the vocal stylings of Justin Vernon. Although the general sound persona of Talos is somewhat popular of late, French manifests it with singular competence. Grand, glowing, heartrending melodies, matched with unusual lyrics evoking nature’s chaotic edges intertwined with complicated human affairs, is the consummate Talos brand. French’s lyricism is ancient and perennial, with strange imagery of the divine, demonic and terrestrial. At times, his wordplay is slightly overstrung and perhaps even shoehorned, apropos to rhyming conventions. Fortunately, the musicality of Wild Alee is utterly strong so as to gloss over any linguistic faux pas. Fans of a more meandering narrative may even find the album all the more enlivened by its verbal esoterica, especially as French uses poetic tools to create cacophony to match the heft of the music. Certainly, the Talos recipe for oddity of word and grandeur of sound can be confidently described as unusually brilliant.

From “Piece(s)” and “In Time” to “Kansas,” French shows he can wander a wilderness of soft ambience and raging currents with deft musicality. Tremendously strong chorus melodies, bridges and tastefully infused pop hooks marry with ear-enrapturing electronic trickery in “Contra” and “This Is Us Colliding” among their brethren. In the third act of the album, smooth R&B sensations take hold in “Landscapes” and align with the beautiful counterpoint to all-instrumentals in “Wetlands.” The deluxe-edition single, “Kansas,” perhaps embodies the overall ethos of the Talos sound, with diffusive softness suddenly and gorgeously disrupted by grandiosity in beats and vocal layering. For listeners unaccustomed to the soundscapes of Talos’ multifaceted pseudo-genre, “Kansas” serves as a resplendent entry into that world, and perhaps more accessible to wider pop audiences than supposed predecessors such as Bon Iver. “D.O.A.M” closes Wild Alee with heavy synths and wonderful weirdness, a blend French serves up brilliantly. Wild Alee is playful one moment and pensive the next, with the treat of melodic and synthetic mastery and French’s lucent vocals. This is an album for meditation, celebration and satiety in all arenas. –Paige Zuckerman