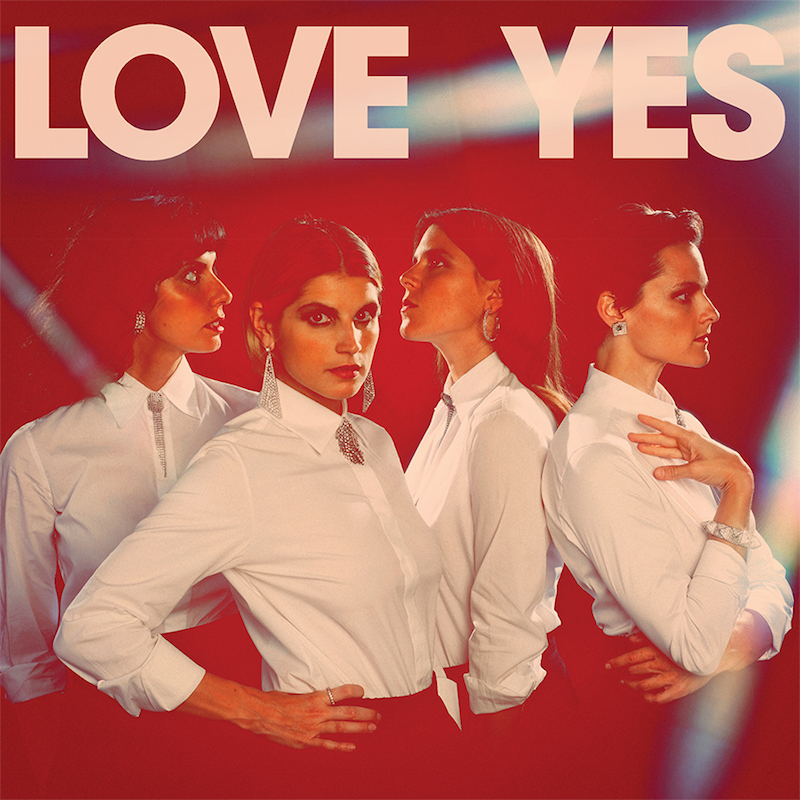 Love Yes, TEEN’s third album, finds the female quartet swimming in similar waters as their contemporaries, making big, glossy pop songs. The seductive prowess of Little Dragon’s neo soul is easy to recognize on “Please”, and the influence of Annie Clark’s vocal style can be heard throughout the rest of Love Yes. But despite the commonality of their vocal approach, which is quite enjoyable, TEEN’s production values still remain a wonder. Love Yes is a glorious art-pop record full of buzzing synths, electric guitar, and off-the-wall percussion, including electric cow bells on the title track, that come together in a dramatic way. “Gone For Good” combines whirly synths with TEEN’s opera-esque harmonies to create one of 2016’s catchiest hooks.

Love Yes feels very much like a colorful play unfolding before you while shouting the universal woes of females. “Oh how her body was open to them all / And loneliness had taken over her and frozen her / Leaving a body with no senses at all,” shouts vocalist Teeny Leiberson on “Love Yes.” Perhaps Leiberson is reiterating the wise message shared by Silk Rhodes in their soulful jam, “Stuck In My Head”: “Don’t fall in love just cause you’re lonely.” The irony of someone falling in love with a person they don’t really love, just to feel a sense of security, is a consequence of personal insecurities that most people, male or female, can relate to on some level. TEEN’s observational approach to the story telling of Love Yes is what gives the album its greatest balance. The lyrics are impactful but feel less emotional and depressing as third person observations rather than firsthand experiences, even if they are personal experiences.

The theme behind the album is one that questions the impact of spirituality and sexuality on the modern woman’s psyche. Through songs like “Another Man’s Woman” and “Example”, TEEN creates grand choruses out of sensitive topics like the consequences of love affairs. “Who’s gonna set the example for her? / Left alone to care for her lonely daughter / Punished for innocence and faith unyielding,” Leiberson brazenly questions on “Example”. In a day when most artists, including females (Erykah Badu’s But You Caint Use my Phone and St. Vincent’s Digital Witness), are trying to make sense of our crazed digital-obsessed age, TEEN throws a dose of humanity at us by focusing on older and larger issues.

Love Yes is a brilliant achievement for the band in the sense that it could exist anywhere in the their catalogue. It’s a timeless album that doesn’t reveal its origins or where the band could be going next. It will always remain as an album that had something to say about the female experience and said it well with confidence and clarity. –Justin Gallegos