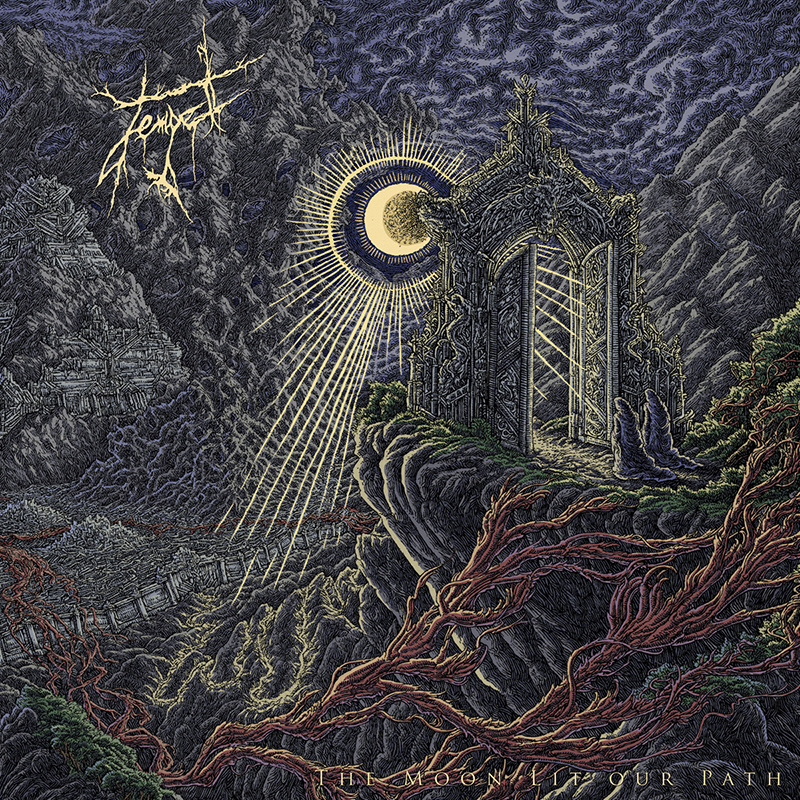 Tempel
The Moon Lit Our Path

When I reviewed instrumental metal group Tempel’s previous record last year, I was surprised at the innovative, creative heaviness they brought to a sub-genre I generally steer clear of. Somehow, they topped said album and stomped mudholes in the asses of everyone who didn’t think they could improve on such an exponential scale (mine is still healing, but I appreciate your concern … and I’m not referring to my exponential scale). The Moon Lit Our Path is much more blackened and sinister than On The Steps Of The Temple, yet just as vast and majestic. To summarize: Tempel have unleashed a jaw-dropping sophomore effort, which has impressed me more than any follow-up album I’ve had the pleasure of writing about before. If I only had three words with which to sum up this album, I’d choose “it,” “fucking” and “rules.” –Alex Coulombe