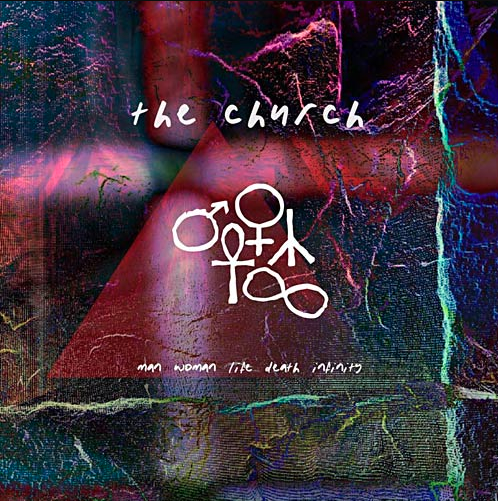 Still, Almost With You: The Church Return to SLC in Support of an Excellent New...

Like many, my crusade with The Church began with 1988’s Starfish, but if I had been a bit older, I most certainly would have come onboard with 1985’s Heyday. These two releases, plus a journey back to their second full-length release, 1982’s The Blurred Crusade, encapsulate the best of the group’s sound, which has always been described as various shades of drug-induced psychedelica. This sound, though dripping with the nostalgic air of the 1960s, fits in nicely with the eclectic mishmash of college rock in America where the group’s eccentricities were eventually embraced after nearly a decade of stateside obscurity gave way to the massive hit “Under the Milky Way.” I personally prefer “Reptile,” Starfish’s second single, as it features a sense of urgent paranoia that may have had something to do with the group’s desire to escape from Los Angeles and their American producers and return to the less frantic confines of their Australian homeland.
The band has gone through various configurations with Steve Kilbey on lead vocals, bass guitar and occasionally keyboards as the band’s only constant member. However, Kilbey has always been joined by either or both co-founding guitarists Peter Koppes and Marty Wilson-Piper. Koppes left the group in 1992 following the release of the overlooked masterpiece Priest=Aura, but would return to help write four tracks on the experimental Magician Among the Spirits, having only sat out for the Sometime Anywhere album. For his part, Wilson-Piper left the group in 2013 and was replaced by Ian Haug, formerly of Powderfinger.
Wilson-Piper’s departure has been hard for me to accept, but if Kilbey’s account is accurate, the group would have ceased to exist had Wilson-Piper not been replaced. It wasn’t unusual for Wilson-Piper to wander off following a tour in 2012. Kilbey, Koppes and Wilson-Piper all have solo releases and side projects that have proven to be fruitful escapes from the confines of The Church. This time, however, it seems that the estranged guitarist Wilson-Piper stopped responding to Kilbey altogether.
2014’s Further/Deeper, the group’s 24th studio release, was the first without Wilson-Piper and while, all truths be told, the album was quite good with only the subtle textures of Wilson-Piper’s unique style missing, the live show I caught in 2016 with the Psychedelic Furs was something of a head scratcher.
Over the years, I’ve had the pleasure of seeing The Church live numerous times. The general atmosphere of those shows has always been loose and experimental. You weren’t guaranteed to hear a string of hits. There have been nights where they haven’t played “Under the Milky Way,” substituting the presence of their massive hit with equally qualified, but not crowd-pleasing songs. They’ve always done their own thing to the delight of their fanbase and dismay of casual concertgoers.
2016’s gig felt walled in. I still can’t come to a proper conclusion as to why. Was it the set list or the fact that Haug simply isn’t the showman that Wilson-Piper is? Was it the lack of tension, a sense of unhinged danger that always existed between Kilbey and Wilson-Piper?
2017 gives us Man Woman Life Death Infinity, a gorgeous album that liberally references the band’s past phases, be it the atmospheric, outer-space whisper of the lead single “Another Century”; the fractured soundscape of “Submarine”; the cosmic fairytale narrative of “For King Knife”; the phased-out and hypnotic drift of “Undersea”; the simplicity of “Before the Deluge” (the one track where Wilson-Piper’s flourish is most missed); the soaring lead guitar of “I Don’t Know How I Don’t Know”; the esoteric poetry of “A Face In a Film”; the raw and dreamless pre-Starfish sound of “In Your Fog”; the cascading guitars of the spaced-out “Something Out There Is Wrong”; or the whimsical, detached spoken-word of the album closer, “Dark Waltz.” It’s quintessential and drifting just out of reach.
I can’t help but hope and wonder if this Thursday’s Oct. 12 show at The State Room will feature a band untethered from the constraints of audience expectation, or if they will feel bound to a newly-adopted status quo? I would love to see a balance that allows the band a sense of recklessness while delivering just enough of the expected back catalog to keep the more restless of the audience engaged.  –ryanmichaelpainter