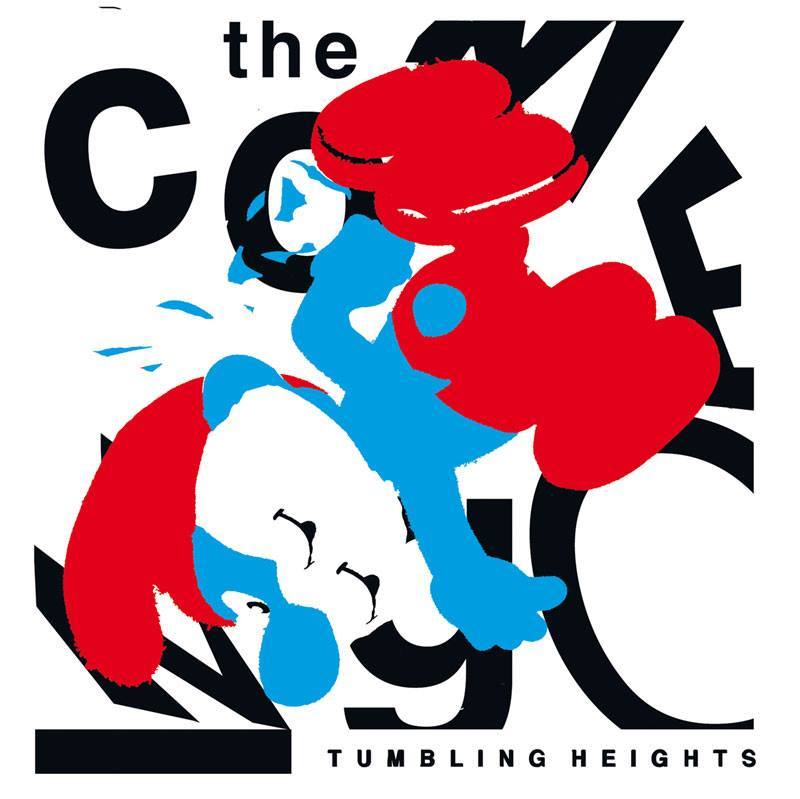 The Come n’ Go’s Tumbling Heights lives up to its twisted and raw power potential.  My initial thoughts after switching on “Chateau phonoeque” were that Tumbling Heights seeks to profess the method of swaying listeners into a life of dirty, rock n’ roll–inspired sin. There are certainty poor choices to be made while this album is blasted at a deafening and window-shattering volume. Listeners will easily find that Tumbling Heights has noise and beats to inspire volatile flaying and jumping about.  This invocation can be found in numbers like “Lemmy,” “Today Sometimes” and “Attitude.”  However, if listeners are seeking a sound that will take them out of their mind into a distorted and mind-numbing headspace, they can check out “Borderland.”  Other reactions that this album elicits are tranquil thoughts from the track “What is it?” I’ll admit, that last one is a bit of a surprise for me, but Tumbling Heights manages to traverse an entire spectrum of rock n’ roll, though its influence is clearly rooted in the garage, which doesn’t lend to Tumbling Heights’ synergy.

In all, The Come N’ Go no doubt have an obvious talent to make a sound that feels familiar, despite being possibly overdone. Lovers of raw garage rock n’ roll should consider this record for its quality and ability to go outside the box and offer a sound that is actually interesting. Tumbling Heights includes 10 tracks that boasts rock n’ roll maturity: The Come N’ Go capture the purest elements of distorted garage sounds and then explore a noise that strolls into the mind-altering and artfully experimental.  On the garage rock aspect of this album, such a fast and raw sound is usually fantastic—like in “Today Sometime” but it is something that can only be recreated so many times, and thus is not new nor exciting to my ears. That said, my ears do perk up with the unique difference in style with which The Come n’ Go are able to broaden their reach by moving toward a sound that is arguably nontraditional and—dare I say—edgy in its use of distortion: examples include “Borderland” and “What is it.”

It’s not every day that one is graced by a group that seeks to go beyond expectations. It’s almost a treat, but with something significantly more potent than sugar—aka the ambitious sounds of this raw rock n’ roll. I’m sure The Come n’ Go would be a blast live. What I’ve heard on this record could only be done with a certain magnificence live. While I would not necessarily keep this record in my active listening rotation, Tumbling Heights deserves its due respect for its merits. It’s worth a listen or two, and after that, it’ll be time for something else that is just as impressive. Be sure to give these cats a go. They’re certainly fun and loud, and most importantly, they’ll keep you awake with an impressive, bluesy, garage-fueled racket.  –Nick Kuzmack