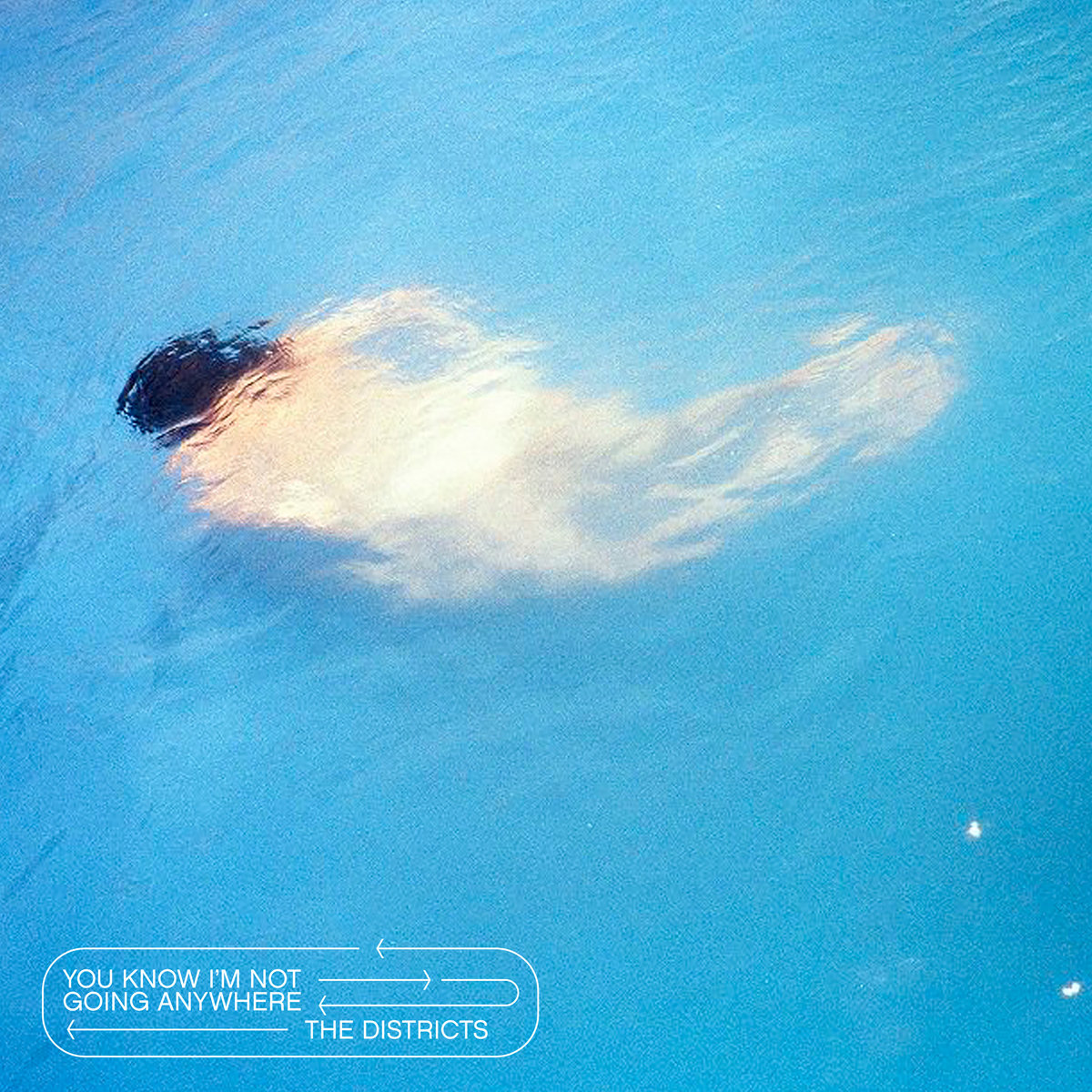 The Districts | You Know I'm Not Going Anywhere | Fat Possum

Review: The Districts – You Know I’m Not Going Anywhere

The Districts
You Know I’m Not Going Anywhere

If I were to write one word to describe The Districts, it would be an adjective that I would otherwise refrain from repeating: “epic.” I prefer to avoid this word because, in 21st-century lingo, it’s overused in the most superficial of situations. But as a long-time fan of this Philadelphia-based band’s work, and particularly after having watched them perform live a handful of times, I’ve come to accept one of the best adjectives to describe their sound is just that—epic.

Made up of band members Rob Grote, Pat Cassidy, Connor Jacobus and Braden Lawrence —who were all still in high school at the time of the band’s debut—The Districts have previously been characterized by jagged indie-rock progressions and powerful, emotional vocals. This sound culminated most notably on The Districts’ second album, A Flourish and a Spoil (2015), a collection of songs tinged with angst and garage-rock guitar riffs. Where The Districts’ past two releases relied on the force of Grote’s voice and the weight of stirring anthems to firmly grasp listeners’ emotions, a new kind of nuanced songwriting is showcased on their latest offering, You Know I’m Not Going Anywhere. This fourth studio album is thoughtfully balanced between old and new, brightness and melancholy. Within this, the four-piece is as incapable as ever of writing a mediocre melody.

A host of various instruments on You Know I’m Not Going Anywhere round out The Districts’ sound beyond the garage rock I’ve come to expect. The first track, “My Only Ghost,” is looping and ethereal, sounding the most unlike anything the band has released before. It uncharacteristically channels Fleet Foxes, with reverberating vocals and a chorus of hand-clapping set to a hypnotizing beat. The album then launches right into “Hey Jo,” a track made up of the band’s signature earworm melodies with an anthemic chorus. This track, along with “Sidecar,” would have fit seamlessly on one of The Districts’ previous releases. Though predictable, the inclusion of both is satisfying. It’s on these tracks that Grote pushes his vocals to the limit, yelling and exasperated, as if he’s at the end of his rope. As I listen, the songs have the same effect on me as those from older releases do. It’s the feeling I’m starring in some coming-of-age movie, the sweetness of the moment amplified like salt to a slice of watermelon.

The band’s matured songwriting is apparent on the danceable third track, “Cheap Regrets.” On it, an exuberant, funky bassline is set to lyrics about nihilistic capitalism. When listening to The Districts in the past, I’d feel weighted and brooding. In contrast, listening to this new album is like feeling the sun parting through proverbial clouds. This expansive sensation pairs with the lyrics in “Velour and Velcro,” a song that muses about a love without any sadness or pain. “I believe in heaven / I have seen its truth,” Grote declares against crashing cymbals. “When you push and pull me in your bed / When your eyes play games inside my head.”

The ominous and jazzy brass featured on the slow-burning track “Dancer” is surprising and once again demonstrates a more developed instrumental breadth than The Districts have previously displayed. The arpeggiated synths on “And the Horses All Go Swimming” are just as surprising. These two tracks highlight the expansion of the band’s sound without sacrificing a drop of feeling, energy or sonic momentum. It’s all just as epic as ever.

Every album by The Districts features at least one tear-jerking slow song, and You Know I’m Not Going Anywhere has two. “Descend” is a sweet and heartbroken ballad that features only Grote’s voice and an acoustic guitar. “What good can heaven be / When you’re not there with me, oh well / Suit yourself baby,” he sings almost immediately after crooning carefree lyrics about celestial love on “Velour and Velcro.” While listening to the last and tragically sentimental track, “4th of July,” I pondered the possibility that The Districts transfigured their angst into longing on this album, the way many of us do as we grow up and reminisce.

I have always found The Districts’ songwriting to be hard-hitting, catchy and instantly nostalgic. Will longtime fans lament the absence of angst from much of You Know I’m Not Going Anywhere? Perhaps, at first. But a closer look reveals that all the feeling, energy and impact the band became known for remains. If you want to thrash around in a dingy basement or a sweaty bar, one of The Districts’ older records might better suit you. But when you’re driving around with the windows down on the first spring day above 60 degrees, this is the album you’ll want to play when you feel the breeze on your face. –Mekenna Malan