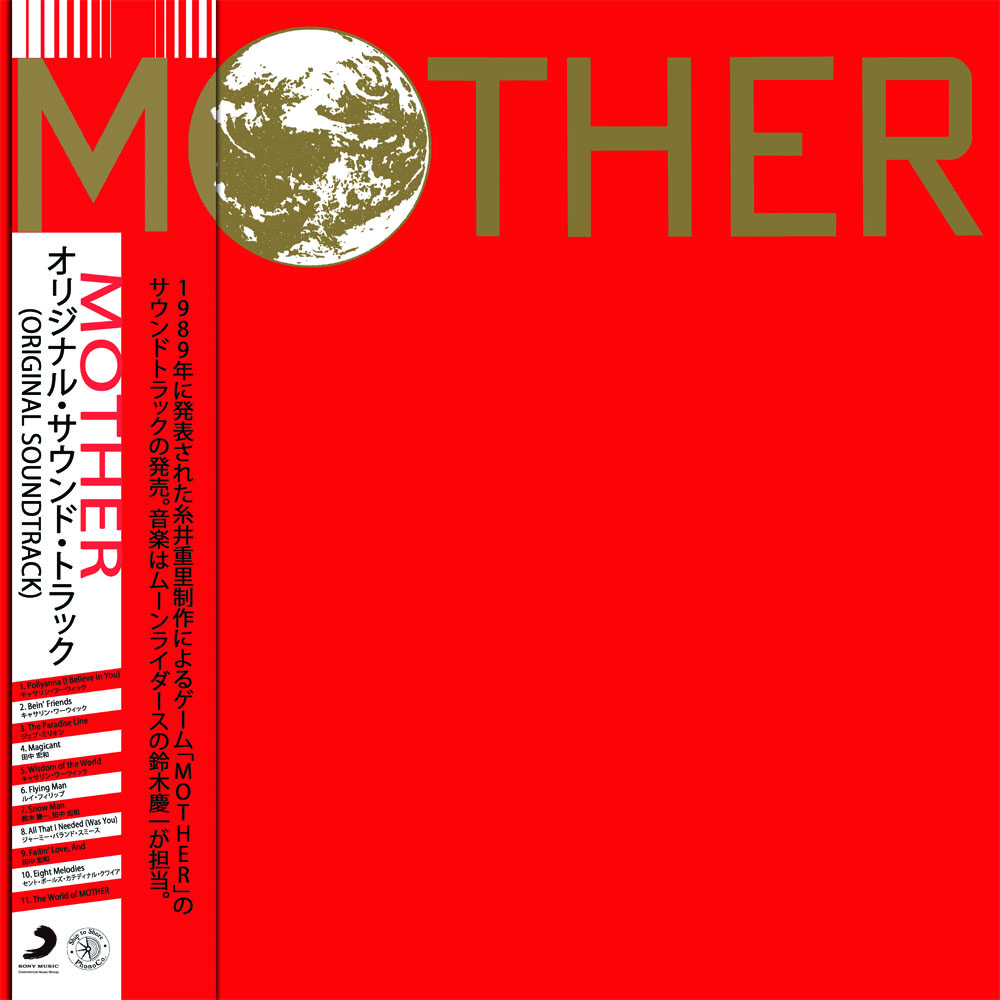 The Music Of Mother: One Of The Greatest Gaming Soundtracks You’ve Never Heard Comes To...

Once upon a time, there was a monumental life-changing game that entered the lives of millions. That game was called Earthbound, but that’s for another review down the road…

In 1989, back when Nintendo still had their Japan-only Famicon system, they released a game called Mother. The game played kinda like Dragon Quest (Dragon Warrior in the States), was super difficult at times and gave way to what would become a brilliant sequel. Of course, we never received the game in the U.S. from Nintendo because it was deemed to be too noncommercial to succeed here. Years later, Mother would become one of the biggest emulated titles, and only in June 2015 did the game finally see a major global release with translation as a downloadable game on the Wii U, renamed Earthbound Beginnings.

That’s the simplified version of what most fans and knowledgeable players know about this particular game. What they may not know is that at the time, Mother was one of the few games where Nintendo went out of their way to create a much broader experience from just the console, and produced a full soundtrack to the game itself. The original 16-bit soundtrack was composed by Keiichi Suzuki and Hirokazu Tanaka—Suzuki was a musician who performed with multiple bands in Japan, while Tanaka was a Nintendo-hired composer who had already worked on nearly 30 different soundtracks including Donkey Kong, Hogan’s Alley, Metroid, Kid Icarus, Dr. Mario, Tetris, Super Mario Land and more. The duo were responsible for creating much of the music that would inevitably become iconic tracks for the series.

But Nintendo took things in a new direction that hadn’t been explored much at the time, Long before anyone ever thought to orchestrate a symphony to anything with the word Zelda on it, the company worked with CBS/Sony to produce a full soundtrack album release for the game. Suzuki and Tanaka traveled to the U.K. at Crescent Studios to work with classically-trained composers and musicians like Takeshi Saitoh, David Bedford and Michael Nyman to put together an 11-track album of songs from the game with full lyrics. The music was arranged across eight different England-based studios, working with performers such as St. Paul’s Cathedral Choir, Jeremy Budd, Louis Philippe and Catherine Warwick for much of the album. To complete the Mother soundtrack, the final 16 minute track called “The World Of MOTHER” was almost every digital track found in the game placed back-to-back in order of appearance. The soundtrack finally saw release in August of 1989, but how well it actually did at the time remains somewhat of a mystery.

Over 25 years later, Ship to Shore PhonoCo. (who have released soundtracks for George A. Romero’s Martin and Manos: The Hands Of Fate) worked with Sony Music to launch a Kickstarter campaign and raised over $75k to remaster the soundtrack and bring it to vinyl. This was an unprecedented effort, considering it was for a game that, at the time, still hadn’t seen the light of day in the U.S. beyond fan-translated ROMs. Two-thousand copies of the album were pressed—half on black, half on red or white vinyl. The classic cover has been restored, along with the original artwork on the back and inlay. Just that alone shows that this release was put together by people who not only know their stuff, but put love and care into it for the true collectors who want it.

This soundtrack is gorgeous, at least for the time it was created in. These days you hear monumental scores put together by 108 member orchestras just to do the loading screen music for a shooter. This didn’t really exist at the time, so there’s a lot of experimentation going on—much like the game it was created for. From the first track, “Pollyanna (I Believe In You),” you’re swept away into a bubblegum-pop world with Warwick’s loving vocals dancing around adventure and optimism. It’s cheesy in a way, but they grab at you with simple messages that, as a hero on a quest, you want to hear. “You may say I’m a fool, feelin’ the way that I do / You can call me Pollyanna, say I’m crazy as a loon / I believe in silver linings, and that’s why I believe in you.” Loving lyrics put to tunes you’ve heard on repeat for hours, suddenly means so much more than you give it credit for on paper.

The single track that grabs my heart as a gamer and a music fan is “And Fallin’ Love,” an instrumental piece on the second record. Put together by a 14-piece group with a mix of symphonic care and rock attributes, its the kind of track you hear walking through towns or on your way to some uncharted part of the world, it almost stands alone from the rest of the album as a defining track. The Saito Neko Strings Quartet and Joe Group Strings make the chorus shimmer and make you breathe a sigh of content when you hear them. If the world as we know it progressed two decades later and Mother had been released in 2009, this is the track you’d be hearing on repeat in trailers leading up to the game’s release. It’s simply beautiful as-is without the connotation of being a part of a game. If the technology existed, it would be on a repeating loop as I walked around town to have my own adventures.

If you’re an Earthbound fan of any kind, this is well worth the money. I can’t predict the future, but I highly doubt you’re going to be seeing this soundtrack on vinyl ever again. With only 2,000 copies being pressed, this is a rare chance for you to own a piece of gaming history from a title we should have received years ago. Trust me, you’ll be hard-pressed to find another gaming soundtrack from the era that is this fantastic, or at least for another couple months when Mother 2 is released—but that’s another adventure we’ll have down the road.