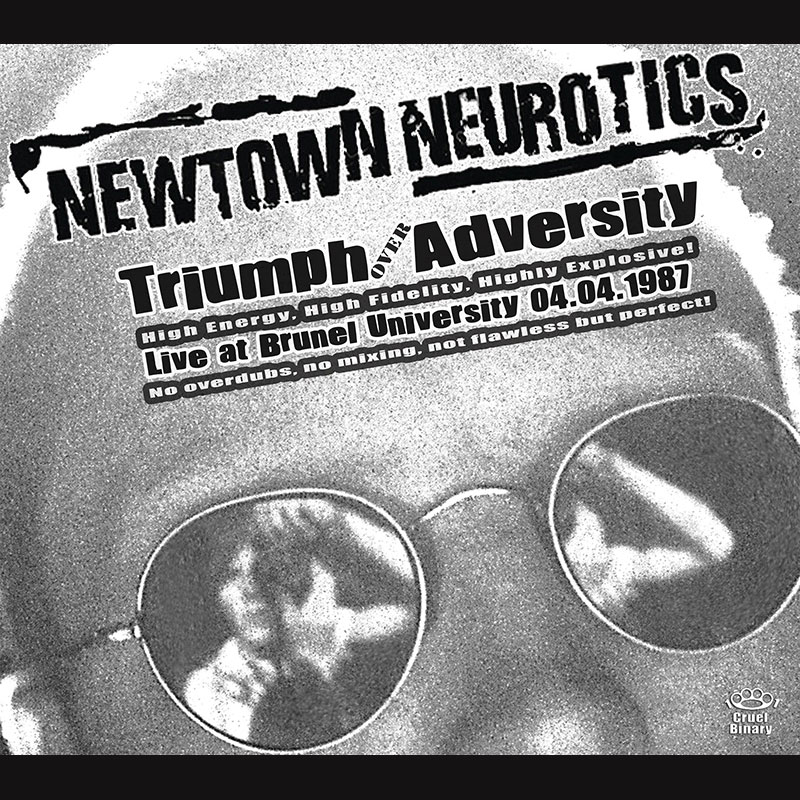 The Newtown Neurotics
Triumph Over Adversity

Jungle Records
Street: 07.13
The Newtown Neurotics = The Clash + The Ramones

Triumph Over Adversity is an essential gem that highlights the intense versatility that punk has to offer via the Newtown Neurotics at Brunel University in Uxbridge, London in April 1987. This was recorded during a tense gig for The Newtown Neurotics, who came onstage after a bomb scare and ended up playing to a less-than-packed hall. But with this recording, I’d never have guessed that this was a tense moment for them. Apart from seeing The Newtown Neurotics in person, this is the album that truly shows the unending and sincere and emotional energy of this politically inspired punk group, and specifically, the brilliantly intelligent lyricism of vocalist Steve Drewett. This recording comes out at a perfect time during a period of uncertainty, as their passion-filled songs of protest are still relevant today—especially “Living With Unemployment” and “Wake Up.” So, be sure to pick this up and then follow up with their debut, Beggars Can Be Choosers. –Nick Kuzmack