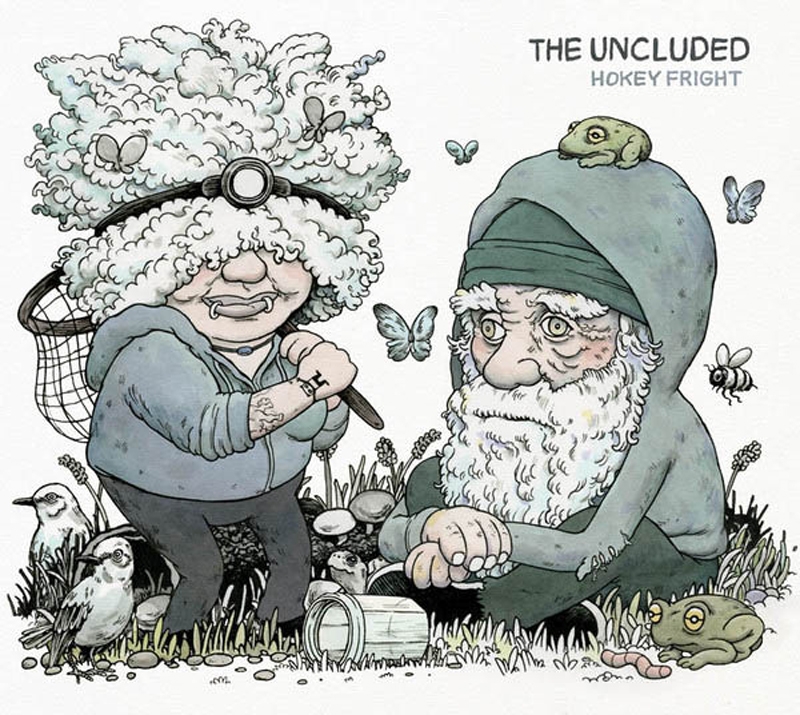 Hokey Fright
Rhymesayers Entertainment
Street: 05.07
The Uncluded = Juno soundtrack +  Astronautilis
Hip hop meets nursery rhymes with this collab from Aesop Rock and Kimya Dawson. Hokey Fright is a spin on some of the darker aspects of childhood, such as loss, being scared and feeling left out. Musically, the duo pull off an unlikely combination surprisingly smoothly, with Kimya’s fast-paced folk lyrics matching up well with Aesop’s slices of flow. The less sing-songy tracks, featuring drums and keyboard beats (such as “Bats”), are the most impressive of the album. The lyricism in Hokey Fright is super on-point: “There are days when I couldn’t fight my way out a paper bag even if I had Edward Scissorhand hands” (“Scissorhands”). There are a few short, silly tracks that don’t seem to add much, but the videos for “Delicate Cycle” and “Earthquake” make up for it with cameo appearances from YouTube famous cat Lil Bub. Hokey Fright is a little bit weird, but totally worth it. (Kilby Court: 08.03) –Kia McGinnis
Photos: