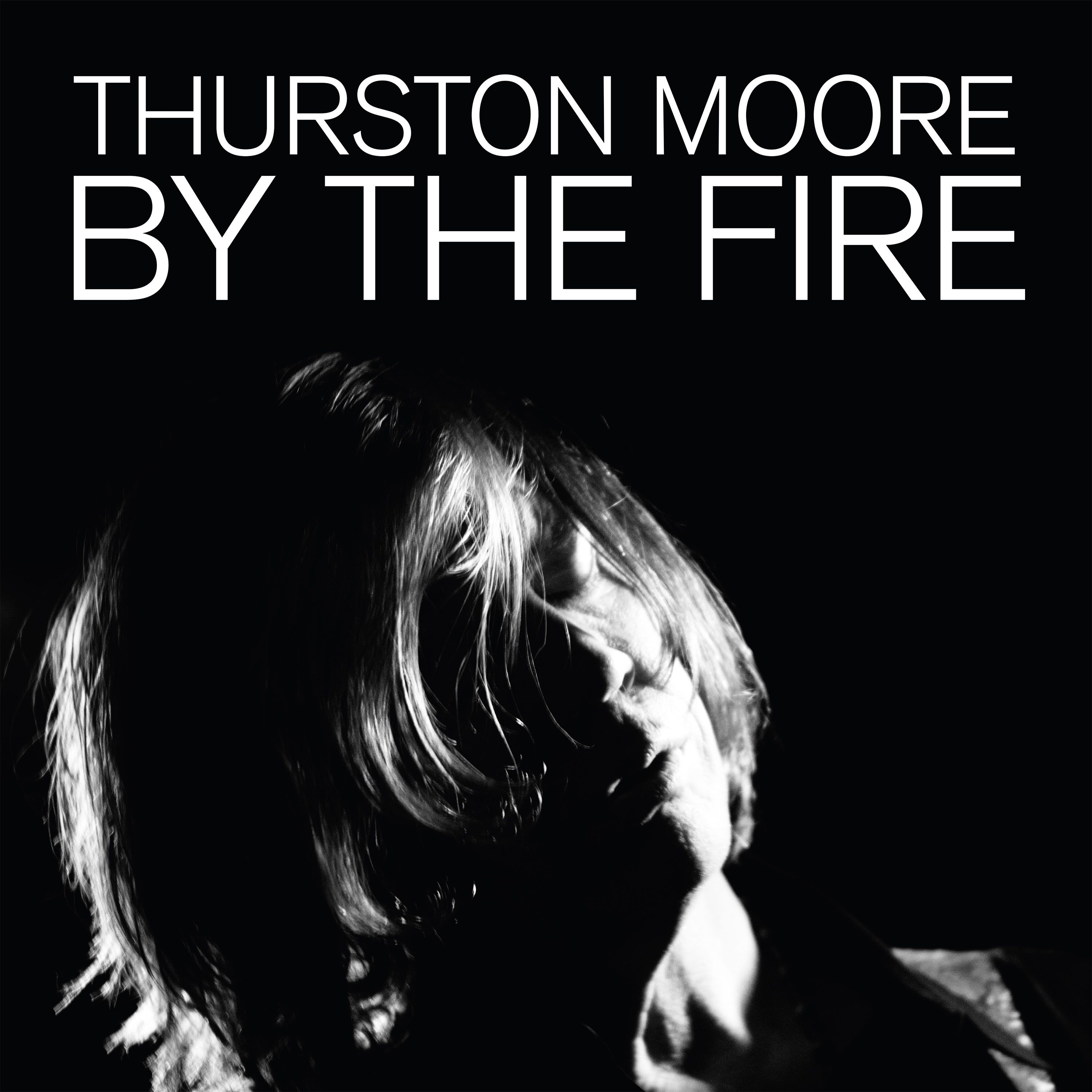 Review: Thurston Moore – By the Fire

Thurston Moore
By The Fire

In the late ’80s early ’90s, bands like R.E.M. and Jane’s Addiction helped build the bridge to escape from the mind-numbing malaise that the music industry had morphed into. We all know what happened next—Nirvana came along with the right hook and the right song and shoved everyone across that bridge. In doing so, they helped create a new universe of alternative music and opened up a floodgate of new bands. History lesson over. What was happening quietly, and with a lot of noise involved, was that a band from New York had been systematically deconstructing the genre of rock ‘n roll since 1981. Looking back generations removed, it’s hard not to argue that Sonic Youth is one of the greatest rock bands of all time.

One quarter of Sonic Youth was a prep school kid named Thurston Joseph Moore. Moore always understood the complexities and subtleties of a pop song in the same way that Brian Wilson understood it for his band The Beach Boys. The biggest difference between the two is that Moore pushed his pop songs through a meat grinder. On his seventh solo album, By The Fire, Moore has assembled a murders’ row of musicians: My Bloody Valentine’s Debbid Googe (bass and backing vocals), James Sedwards (guitar), Negativland’s John Leidecker (electronics) and both Jem Doulton and Sonic Youth’s Steve Shelley (on drums). This amazing band helps Moore deliver a truckload of what he’s famous for: noise. The record is a treasure trove of beautiful, overlapping, skull rattling noise that unfolds like one long, thrilling song.

On the track “Calligraphy,” Moore sings: “Disappearing deep into my space.” This is exactly where I always want Thurston Moore to be. The spaces he gets into are spaces only Moore can fill up. Thurston Moore finds those spaces on this album. The best example and the soul of this record is the track “Locomotive”—it’s like noise-rock jazz. The song sounds like a train. It’s metal on metal locomotion with a steady percussion to keep the speed down. The track is beautiful and brutal at the same time. It’s a perfect song you’d expect from Thurston Moore stuck in quarantine. “You are on the platform ravishing,” he sings, “Locomotives arriving.” The brief vocals, like most songs on this album, arrive at random times to support the raw noise onslaught that Moore and his band provide. His vocals just slip in casually like they’ve been there all along. More examples of this are the tracks “Breath” and “Siren,” where the songs just build up to the point that when the vocals do come in, it seems like a brand new song, when in fact it’s just Moore tidying up.

The more accessible tracks on the album are “Goo”-era jewels “Hashish” and “Cantaloupe.”  “On the first day we fed you a star / A glowing mirror inside of a spoon / A tiny sun dancing like a raw egg / Reflections of your soft and blue girl.” Moore sings on “Cantaloupe,” “We’re pushing blue, blue to orange / Dripping fire music down your back / Floating up through your skin / White gardenias in your eyes.” Moore is a master at writing this free-flowing poetry that he so easily brings to life with his beautiful and unique noise.

By The Fire, is Thurston Moore at his best; sonic and sublime. I really enjoyed this record and it is so easy for me to say this because I love everything Sonic Youth. There isn’t anything new here. It is what you expect and crave from Thurston Moore. It was a pleasure for me to put on this record, get out the headphones, and let the mystery of it unfurl around me. –Russ Holsten