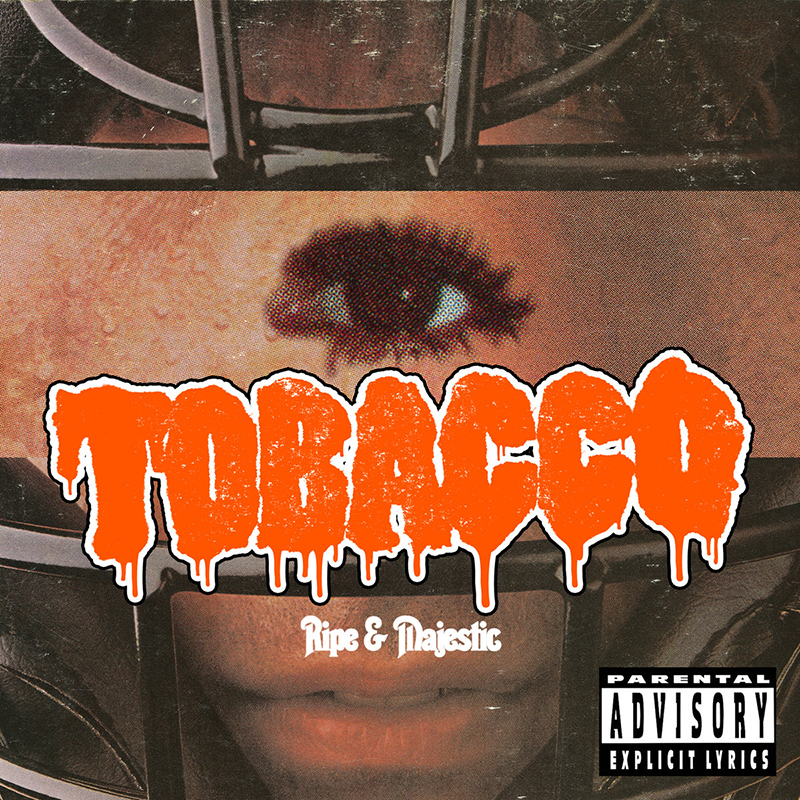 The amount of meat on a beat tape depends on the artist. Some are prolific, like APO ザ·犬 。, and some simply dabble in the space, but TOBACCO’s work is a full-course meal. His newest release, Ripe & Majestic, is both a beat tape and a series of instrumentals from various projects over the last ten years. It’s a more significant release than what I’m used to from beat artists. Some tracks are four minutes long, and others are a simple 30 second bop. It’s exactly as advertised—harsh guitar over calm synths one moment, a banjo on the fritz the next.

TOBACCO has a fertile style that makes it easy to imagine these tracks propping up other works. “Ming Julio” and “Washed” both could be the foundation of two wildly different songs. “Ming Julio” is begging for someone to lay down vocal work—and that’s the tricky thing about praising music that is more or less off the cutting room floor. “Washed” is a drizzling of synths and banjos whose noise eventually just collapse into a simple, consistent beat. It’s busy. It’s arresting! These tracks do interesting things, but sometimes you can sense that the concept isn’t totally tapped out.

That could come off as a dig, but it’s not. Ripe & Majestic has its own identity as an album despite being the sort of between-jobs, incoherent release that it is, and it’s more impressive still that these have been collecting for 10 years. The vibe is feverish and sweaty overall, sometimes reminiscent of Hotline Miami’s neon malaise. Certain tracks feel distinctly video gamey in different ways. “1-900-900-900” warbles and rests in a synth hook, and I can just feel myself mashing through dialogue. “Lawn Care Service” is gamey too, but more cheerful. “Usual Stallion” has a rough edge to it, like electronic saw blades cutting through digital wood.

And then other tracks feel cut from a different cloth completely. “Moss Mouth” is a slow trance of stray electronic noise that’s barely listenable. Beck makes an appearance on “Grape Areosmith” for a slightly ethereal Grimes-like track that feels like it could live in a good Spotify playlist. Ripe & Majestic is all over the place, but it’s so meaty in its 24 tracks (most of which are at least over two minutes) that there’s always something to chew on.

I have to imagine naming individual tracks in an album like this is a creative challenge because Ripe & Majestic has some winners. You’ve got “Pube Zone,” you’ve got “Awesome Shitty Body,” you’ve got “Wig Blows Off.” To some extent, I admire the brazenness of creating something that’s genuinely good and naming it “Piss Vader,” a track that’s very emblematic of Ripe & Majestic as a whole—it’s funky and shrill, meandering and weird as shit. It’s hard to turn off.

Majestic is the kind of album you explore more than you put on. When I listened to it, I skipped around constantly, almost as though I were tuning a radio, looking for the sweet spot of what I was into at the moment. The album is offered through TOBACCO’s site as a vinyl, cassette or CD, and while I don’t like being prescriptive, I can’t imagine listening to it linearly. Put it on when you’re doing work and be loose with it. Let yourself go down the rabbit hole of whatever catches you, whether it’s “Eye Punch” or “Feels Like Nothing.” You’ll probably find a track or two that sticks oddly with you if you decide to fuck with it. Listen to the release and buy it at tobaxxo.bandcamp.com. –Parker Scott Mortensen