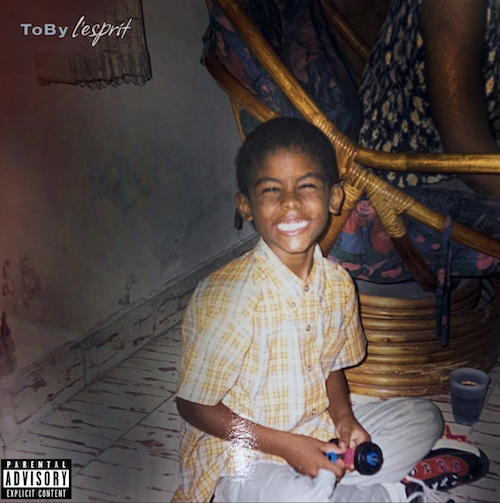 Did you have a group of boys at your high school who rapped? I know I did. Most of these kids put a few tracks on Soundcloud with the buddies and left it alone, but time reveals those who truly want to refine their craft as musicians and lyricists. ToBy’s musical journey has been one of these: While his first album has what I call easy music—the kind that doesn’t take much effort to make or understand—his work has gradually become more and more intentional and artistic.

His latest EP, The Outside, marked a significant shift in his music. The lyrics became introspective and the musical production became significantly more refined—rather than throwing beats together and rapping, there were concise instrumentals, identifiable rhythms and thoughtful, honest lyrics. Even Tupac and The Notorious B.I.G got sentimental on tracks like “Dear Mama” and “Suicidal Thoughts,” so I give rappers some sort of token when they showcase their ability to make both upbeat and introspective songs. ToBy’s latest album, L’esprit (French for “the mind”), leans into the sentimentality of The Outside, diving deeper into his personal feelings and the grieving process after the loss of a loved one.

L’esprit is an ode to ToBy’s grandmother who recently passed away from cancer. This passing was especially hard on the artist, who had a special connection with his grandmother and felt she was one of the few family members who truly understood him. ToBy inserted recordings of his grandmother throughout the album, guiding listeners through his journey with her wisdom. The inclusions reminded me of SZA and her grandmother’s cherished advice on CTRL. It gives meaning to the record, an image of the artist as they write—their feelings, what inspired the track, asking for advice and grappling with that advice.

The opening track, “Let it Go – Winter,” is a standout. It starts with 45 seconds of dialogue from ToBy’s grandmother alongside a slow build, soon dropping listeners into a passionate rap verse and a wavy chorus. The track closes with the “Winter” portion of the song, dreamy and nostalgic. The dynamics of this song make it stand out, pulling the listener through a series of musical landscapes by playing with dialogue, volume, rhythm and rhyme, beat changes and vocal layering. ToBy’s creative direction shines on this song while maintaining his trademark rhyming flow.

“Boyfriend” is the second standout, an indie-pop, heartbreaker ballad that has chart potential without being painfully cliche (a combination of traits with which some artists seem to struggle). It’s catchy, cute and easygoing while maintaining individuality. I respect it for that reason, and I think this song will be a hit from this album.

Like most rap albums, this record has a healthy mix of rowdy and upbeat with slow and sentimental. While this combination of songs can be important to keep listeners engaged, “2FUKKINCOCKY” felt thrown in between two very sad tracks. This may have been an intentional choice—anyone who has dealt with their own personal ups and downs can understand the flip-flop between moody and cocky. Regardless, the order of the tracks here felt jarring and took me out of the flow of the album. Keeping listeners engaged is important, but staying on track with the album is important, too. When “Want Me To Do” pulled me back to introspective ToBy, the drumline threw me off from the rhythm of the song. This track is a nice breather, but it feels slightly unfinished.

From “Remind Me,” the lyrics “you’ll be on my mind ‘till death” are still echoing in my brain from my first listen. While the first half of “Sinners” didn’t impress, the break at 1:11 and the remainder of the song take an R&B turn that will have listeners drooling. The third true standout track from this album is “Ghost.” ToBy directly faces the death he recently encountered, addressing “My specter / Tempting me to die.” He sings that he is “exhausted mentally” while showing this through blunt, straightforward lyrics. No energy for poetics; I understand. ToBy also calls his depression a cancer, a direct relation to the cancer that took his grandmother. It’s bold and it pays off.

The closing track, “40 Miles,” wraps up the album perfectly, the 40 miles left on ToBy’s road trip mirroring the three minutes left on the album. It feels liminal, as if drifting in space while our bodies stay stagnant. –Harper Haase