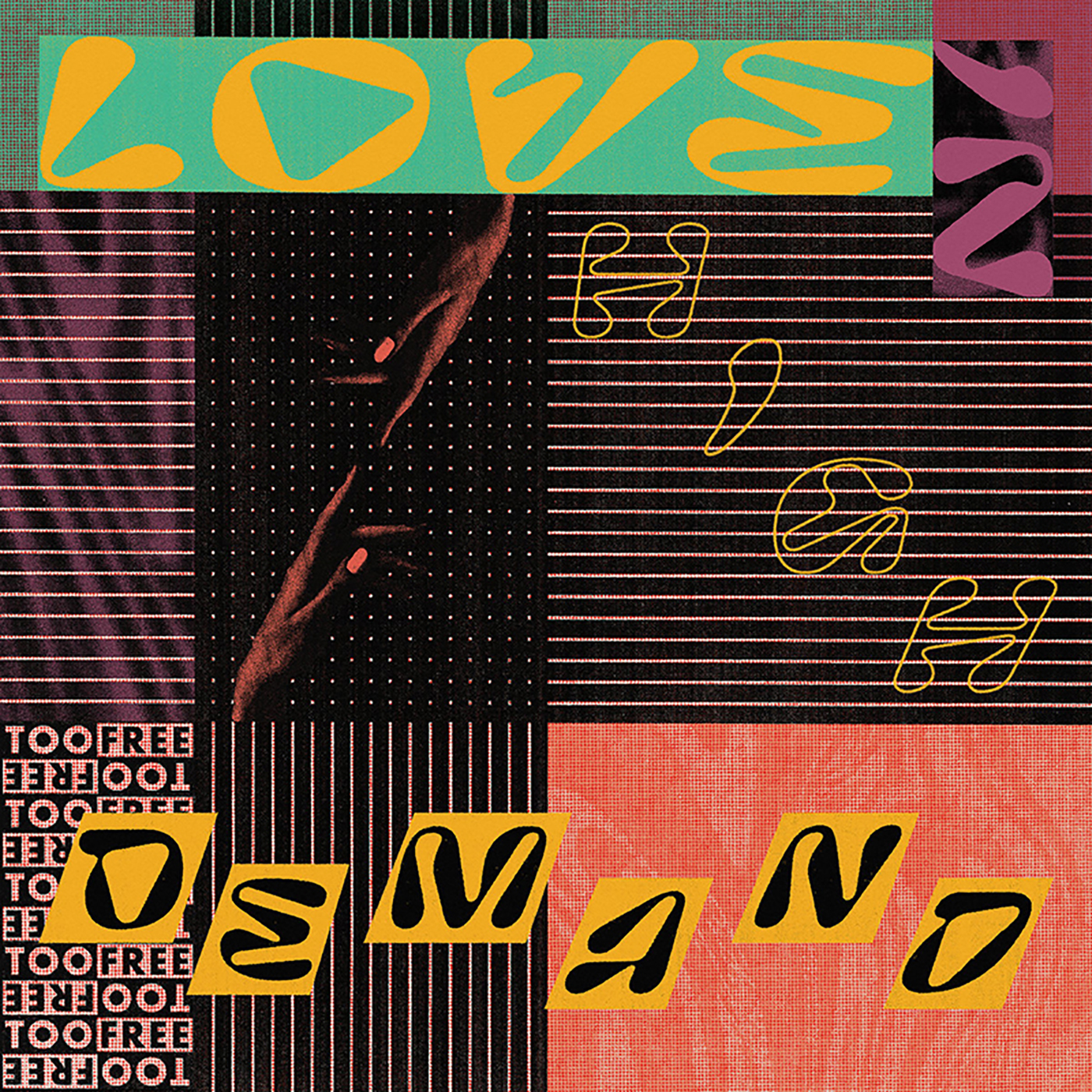 Too Free
Love in High Demand

Washington, D.C., natives Too Free are Awad Bilal (vocals), Carson Cox (electronic drums) and Don Godwin (guitar). The three have a way of interlacing R&B, dance-pop, rock, rap, electronica, synth-wave and a host of hefty emotions into a fine weave with progressive vocals and all manner instruments—both organic and electronic—into each track. There are nine tracks that come with this dance-inducing debut album, and the sonic diversity that each member brings shines brightly throughout Love in High Demand.

The nostalgic vocals on the first track, “Gold,” remind me of Brian McKnight’s debut from the early ’90s. The track is experimental, light and dreamy. The R&B vibes don’t stop there, as this sound is also found on the track “Elastic,” which has quite the attitude behind it. With the words, “I’m not a clown,” that you-can’t-fool-me tone seethes through Bilal’s vocals. The phrase “I could be the one you like / I can’t be around all night” also adds to the no-bullshit attitude. Godwin’s electric guitar slings through the track, with quite the impressive solo at the end that reminds of the good ol’ rock ‘n’ roll days.

A strong sensation of confidence washed over me the moment I first listened to “ATM.” It’s the lead single off the album and a great choice—it shows a mischievous and self-assured side of the group. The heavy bass and dicey vocals begin the track before an intriguing kaleidoscope of keys come into play with the electronic drums. Bilal’s voice is sultry, delivering lyrics such as, “Baby, catch me in color / Luxury notice / All you could ask for.” The vogue effect the song gives off only adds to the intensity of wanting to dance and spill your emotions. There’s a sense of wanting to be visible, whether it be to someone you find attractive, as Bilal sings, “I want to be seen by you / I want to be noticed / Oh, to be seen by you.”

The track “X2” threw me off (but not in a bad way) because of its featured chanting. There’s a sense of raw spirituality that is different than any other track on the album. The variety of low chants that coincide with Cox’s drums makes me feel like I’m in the middle of an ancient ritual in the jungle. There was a wash of calmness and relief that went through my body while listening. “The Void” is one track that had to grow on me. It wasn’t until about my fourth listen that I started to parse out the different sounds that made up the entirety of the song. Both the vocals and the bass kick in with different pace changes, and both are daunting. It’s a track that I learned to appreciate, and I’m sure that with more listens, it’ll become a favorite.

“Breathing Underwater” took me on a trip. I got lost in my own thoughts and wandered off the first two times I listened to it. I attribute this to the hypnotic waves and heavy breathing that start off the song. This is the only track that has any type of rapping in it, and the performance is quite good. The calming rhythm of Bilal’s vocals matches the dream-state flow of the track. The rap adds a jumpy feeling that pulls you back into the song. Something about “Wanna Let Me Know” feels as though it’s a memory in the distance. The vocals seem far away, as Bilal talks about doing something for a lover. It’s quite melancholic feeling, as though they’re pleading with their lover through their voice.

I admire that Too Free’s music takes you over and you’re able to experience and release a variety of emotions. You can look at the tracks in multiple ways and get what you want out of it. Some made me want to dance, and others had me lost in a daze. However, each track provides a great way to look inside yourself. The subtle mixture of various genres is what really makes the album perfect for a debut. Love in High Demand is a versatile image of what the trio of Too Free bring to music. –Kimberly Portillo