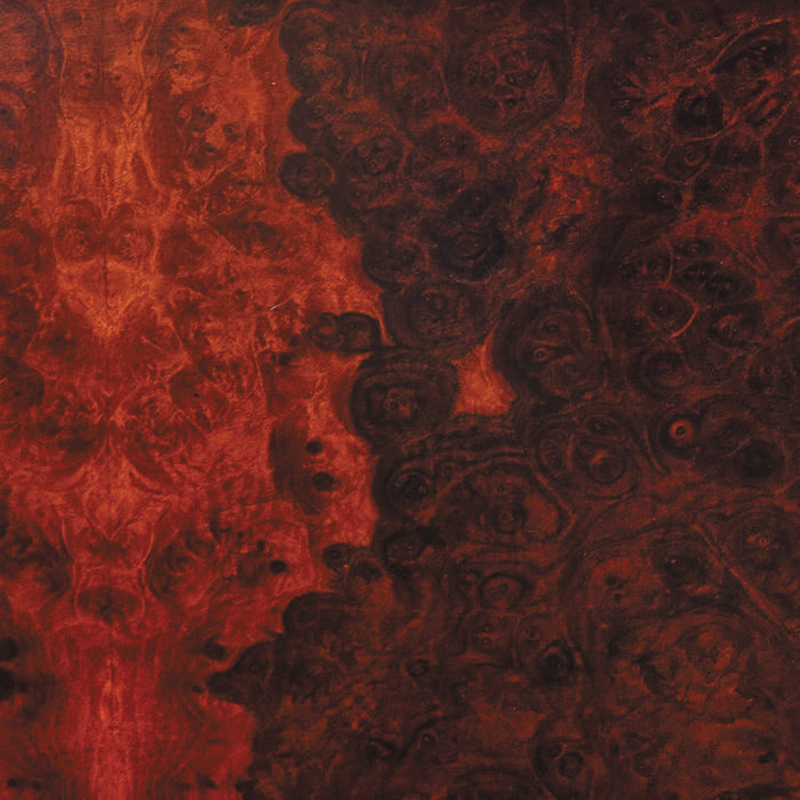 Back with their fourth LP, True Widow continue onward with their unorthodox melding of sludge and ’90s nostalgia. To be loose with genre terms, one could aptly call what True Widow do “stoner-gaze.” While their latest album, Avvolgere, doesn’t present itself as a full leap over their previous album, Circumambulation, it still holds its ground as a sensible continuation for those who love sludgy metal that’s served with a tinge of self-awareness.

On this latest release, the intrinsic attributes beloved by longtime fans are all still present. Droning, thick bass slabs permeate alongside a lurching yet simplistic drum rhythm while the band’s two singers exchange their distinctly narcotized croons overhead. Returning listeners will find the opening track, “Back Shredder,” as a decent refresher on True Widow’s sound as well as a subtle indication of the rest of the record’s aesthetic setting. Meanwhile, lesser-evolved tracks like “Theurgist” or “Sante” could each serve as a well-rounded preface for the less familiar listeners.

While this release doesn’t deviate much from True Widow’s signature makeup that’s been solidified in previous works, it does connote an altered mood with its nuanced shift in instrumental tones. Whatever light and buoyancy that was modestly available in the previous release now seems to be majorly absent, enshrouding Avvolgere in a more seemingly sinister ambiance. Older compositions were sporadically peppered with more prominent guitar overlays and contrasted textures that helped tracks from sinking into monotonous dread. In differentiation, Avvolgere doesn’t let its guitar walk too far or get too warm for most of the album. The doomy bass is now the focal point, with the guitar supplementing it for additional thickness—making the end result seemingly gloomier and heftier than ever before. In other words, the grey-cloud atmosphere built from Circumambulation is now one, big, foreboding black cloud.

While this variation probably isn’t sizable enough to cause any substantial divide among fans, it’s noticeable enough to present a twofold risk. For a band whose music has always danced close to being repetitious and passive, True Widow’s new album could potentially be amiss for those who lack the patience for repeat listens. Secondly, if this exchange of ’90s alternative and slowcore elements for more doom and gloom remains constant in future releases, then True Widow will find themselves a more traditional metal band with nontraditional, un-metal vocalists. To fortify this point, I encourage you to blindly show your average resident metalhead the first 10 seconds of “The trapper and the trapped” and see how many Rise Above-like bands they’ll rattle off as guesses.

However, I would be lying if I said that Avvolgere’s predominant grimness is without any reprieve. For instance, the track “Entheogen” embodies a shoegaze earmark reminiscent of the band’s much earlier canon. The following track, “To All That He Elong,” is a bare-bones acoustic track that is stylistically iconoclastic enough to be a B-side but also serves as a hauntingly taming interlude within the album’s bleak backdrop.

Overall, Avvolgere is still a solid album in its entirety. Moreover, it’s an interesting walk on the dark side for any pre-existing fans who were indifferent toward the band’s earlier, shoegaze-heavy works. As with prior releases, patience is the rewarding factor here. These tracks take time to grow on you, which they most likely will. When you’re finished daydreaming with your easy pop hooks and melodies, True Widow will help wake you up to cold and dismal reality.
–Gregory Gerulat