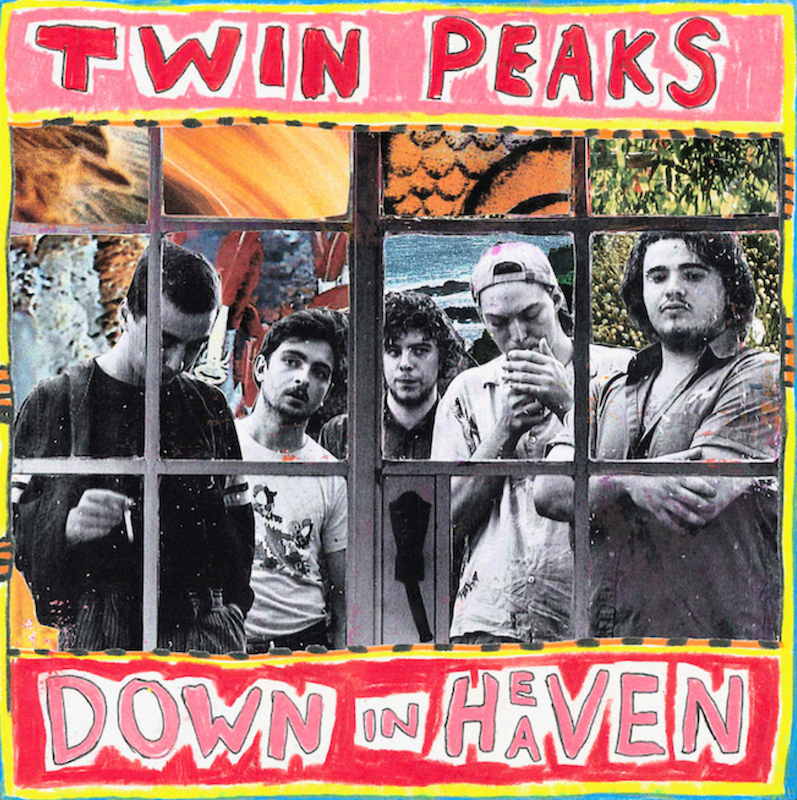 Review: Twin Peaks – Down In Heaven

Twin Peaks
Down In Heaven

The boys of Twin Peaks are back! These Chicago natives are young, fiery and most definitely maturing musically with their most recent LP, Down In Heaven.

The name Down In Heaven drips with irony. Most people would argue that the theoretical heaven is above us and hell is below us. Possibly, the dudes of Twin Peaks are alluding to something that would say heaven is the actual hell and that it would be much more desirable to end up in the land of sinners, post–earthly existence.

Down In Heaven is a grown-up version of Wild Onion, Twin Peaks’ last record, which released in 2014. In the follow-up, they incorporate brass instruments on a number of songs, play bluesy guitar riffs, and vivaciously hum through keyboard parts. The lyrics tend to flow between heartbreak and young love, which was often what the band sung about on Wild Onion. What separates this new album from the last is the amount of growing Twin Peaks have done in the last two years—no surprise, considering that they are all in their early 20s. The early 20s are some formidable growing years: figuring out who we are, slipping into adulthood, fucking up the whole time and, without a doubt, falling in love and getting our hearts broken more times than anyone can count. Our 20s are a wild ride. Each song on Down In Heaven is bursting at the seams with adulthood lurking on the horizon, but still, there is no shortage of partying, rock n’ roll and sex.

“Wanted You” follows up “Walk To The One You Love.” It’s as if the girl from the previous song has made her choice about whom she loves as James chants, “I wanted you, but you didn’t want me.” “Butterfly,” Down in Heaven’s second single, is more aggressive than a number of songs on the album, but not invasive. James croons, “And when The Zombies started singing about the season / You know your daddy got up to dance.” James is not referring to the girl’s father, but to her lover. The song’s sexual energy is electric.

“Heavenly Showers” sweeps through a melancholy melody that accompanies James’ singing: “I looked around my bed and saw the books and the records and the booze / And I shook the thoughts of you from my head and in the shower started singing a tune / No I don’t feel too sad, but I could.” People can relate to occupying our mind with a multitude of distractions to purge memories of somebody from our brain. The song is immensely relatable, and it’s beautiful. Brass instruments infiltrate the background of the song, allowing jazzy influences to shine dimly through.

Twin Peaks may not be touring through Salt Lake City, but Denver’s not too far, right (06.28)? Twin Peaks are worth the trip, and Down In Heaven is their best album yet. These guys are known for putting on an energetic live show, and these new songs deserve to be heard, up close and personal. –Alexandra Graber