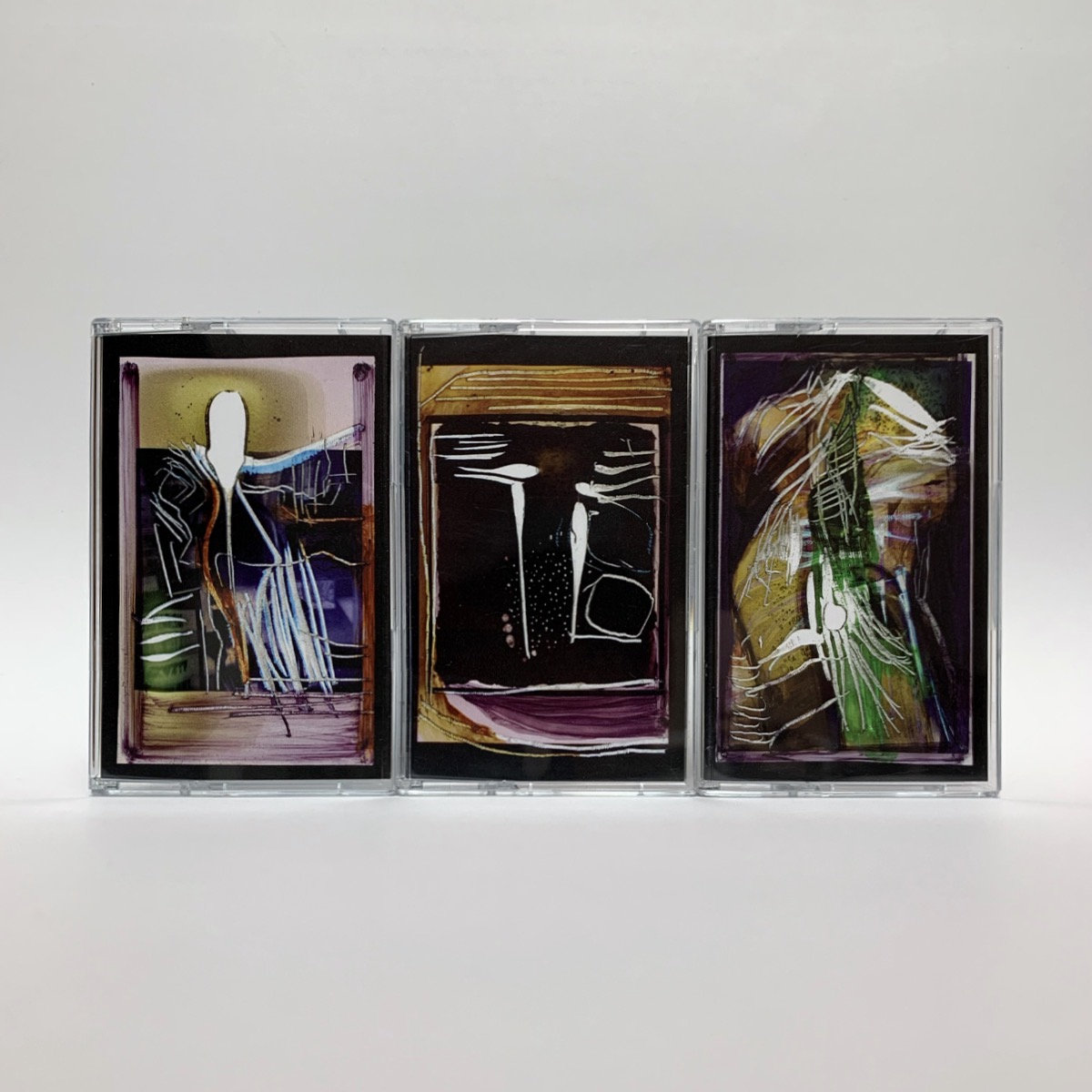 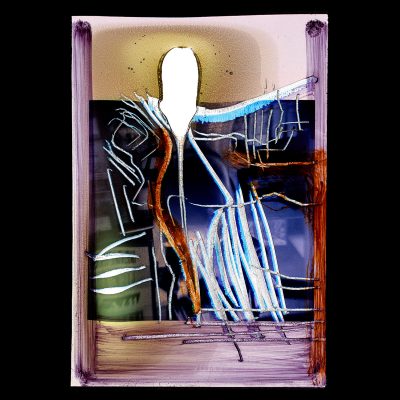 Stillness in film is often equated with a serenity, a blasé passivity associated with 2000s-era indie dramas. But then there’s the stillness of Chantal Akerman or Béla Tarr, an absence of movement that creeps under your skin and breeds a maddening tension. Nate Scheible’s latest falls into this later camp. The music on Prions and Scrapie moves with slight and subtle gestures, but these elongated textures trade ambient’s characteristic soothing meditations for a sense of unease.

Scheible’s compositions traverse some familiar terrain for this school of music, such as the Basinski-esque swells on “Slips” or the distant piano phrases heard at the opening of “Dogslit Techno.” “And I Drink the Round Vowel” lays a warm bed of synthesizers that floats along like a river of shimmering sound, providing one of the album’s sunniest moments of near-comfort.

But then there’s the voices:

And then there’s the ghosts:

These disembodied characters crawl in between and under the sounds on Prions and Scrapie without context or declared purpose. There’s then a real-time, retroactive re-framing of the music heard across this album. These small gestures speak volumes, signalling a discontent burbling beneath the surface of these smooth textures.

But was there ever really any comfort? Why are we so quick to assume that slow=relaxed? Prions and Scrapie rips this fabric apart and offers a vision of stillness as paranoia, silence as paralysis. 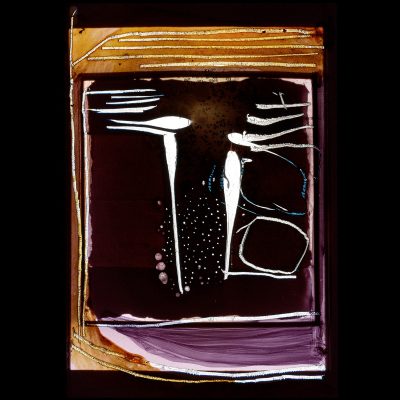 Whisker
Straight from the Bottle

A duet between double bass and modular synth feels like kismet. The resonant, woody tones of the former feel like a perfect counterpart to the often scrambling bloops and blips of the latter; a beautiful, fake/real dichotomy. On Straight from the Bottle, synth wizard Ben Billington (aka Quicksails) and bassist Andrew Scott Young deliver a beguiling half-hour of duo improvisations, complicating both this idealized potential portrait as well as the listener’s conception of duets at large.

Billington and Young don’t butt heads or play off of their counterpart as much they melt into each other, merging their respective sounds into one hulking mass. Often, as is the case around the midway point of “Code Room Green,” it sounds as if Young’s staccato plucks are being filtered straight through Billington’s ping-ponging synthesizer effects, even further erasing the line between the players. The remainder of the track scurries around this playful space in a web of plunked gurgles and call-and-response scrapes. Here, the music feels full of vivacity; a sonic analog to cartoon critters scurrying around a musty barn in a self-defined ecosystem.

“Tough Flux,” the second side-long track, contains the record’s more middling points, where the complete symbiosis of register, timbre and texture turns the vivid atmospheres of “Code Room Green” into something closer to sonic mud. Young’s bowed speed runs on the track’s opening leg offer some of Straight from the Bottle‘s fieriest performances, but the back half of “Tough Flux” begins to feel like a tangled web of indistinguishable jolts and hums. Your feet sink deeper into the pit, awaiting the tug of Young’s twanging bass strings or the lurch of Billington’s synthesizer to yank you out. But no one speaks up, no one rises above the other to reclaim steady ground.

So perhaps Straight from the Bottle isn’t so much a duet as it is an ever-coalescing solo performance. What might feel at times frustratingly obscuring is really a surrender to the warm, invisible hands behind these dense sounds. Both of these instruments possess the possibilities for an array of vibrant colors. Sometimes Whisker create an ever-shifting rainbow; sometimes they end up with a near-impenetrable grey. And sometimes both can be beautiful. 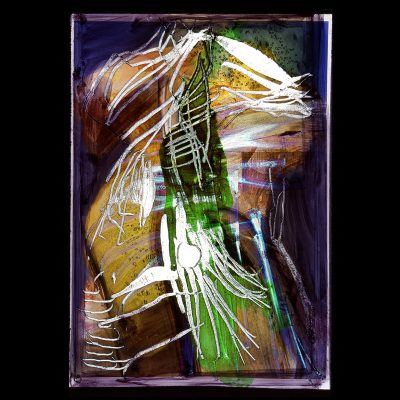 Above all else, Amanda R. Howland’s latest is defiantly tactile. These bludgeoning noise pieces for voice and electronics certainly offer this batch’s most invigorating moments, and arguably some of its finest. Meeting Dr. Ancient is at once bare and full; maximal and spare. The album is nearly exhausting in its totalizing effects, spanning a football field’s worth of dynamic range and positing noise performance as both a cardiovascular workout and a religious ego death.

On “Bones-Feathers-Seeds-Stars,” this natural flow shines. Each phrase of strained chanting is punctuated by lengthy, shrill breaths, and even these inhales and exhales sound monumental when saturated with the album’s murk of distortion. Howland doesn’t concern herself with control here, rather a willing excess. Eventually, everything swirls together into a cauldron of conflicting loops, like a sort of twisted mantra following the opening incantations. “Bones-Feathers-Seeds-Stars” is about living through the physical exertion of this music. It’s about stretching vocal cords to find their breaking point. It’s about feeling oxygen work its through your body, inflating your bones and pumping your blood.

In. Out. Breathe. Repeat.

Closing track “Meet Me In The River” pits grooving noise loops against spectral howls before moving toward near silence peppered with light clicking noises. Howland pants and gasps over this pattering texture, her voice feeding back and swelling against the barriers of its amplifcation technology. The track’s final minutes reach a rapturous climax, with shrill bursts of static pounding against the mix in a militant rhythm, a distorted bass drone lugging itself along and Howland’s humming/screaming floating in between these walls of sound with spiritual autonomy. Everything slowly relaxes into a slower and lower whirl as the track concludes, the battered hunks of sound settling into dust.

Among other detrimental side effects, one consequence of our current and sustained live music drought is a growing disconnect between the artist and the listener. When we’re only encountering music and its makers through digital files, live stream performances and social media interactions, our relationship with the reality behind a sound can feel fractured. Amanda R. Howland’s noise propels the personhood of her music to the spotlight. On Meeting Dr. Ancient, it’s impossible to listen to these tracks and not feel the music’s urgent humanity, not smell the dank venue sweat and visualize Howland on stage, hunched over her gear in a ritualistic sway. It’s a reminder that sound—both incoming and outgoing—lives only in our bodies.