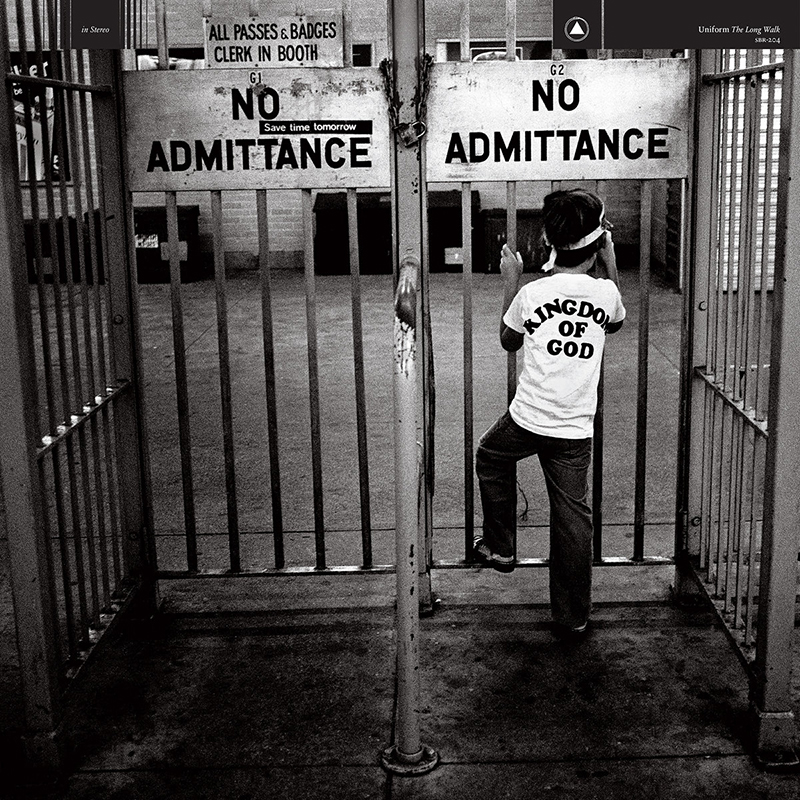 Heavy distortion and the anger slowly builds—what is about happen? Where is this about to go? Does this journey lead to a conclusion, or will you find yourself trapped in a perpetual hell? In the end, will this be a source of relief or violent regret? With a combination of punk and industrial, the only way to answer these questions is to listen to the heavily distorted, oftentimes violently vocal album The Long Walk.

Lines between punk, hardcore and industrial are truly blurred with this album. Most would say that the vocals seem punk, the heavily distorted guitar is reminiscent of industrial while the drums and bass harken back to hardcore. The combination is an interesting mix of violent outrage and experimentation.

“The Walk” starts off as an eerie, almost Wumpscut-style song with a disturbing synth riff. It changes into a heavily distorted, sinister punk rebellion of everything that once suppressed us or could suppress us in the future. The intro establishes the song, and the change up is jarring. I wish they kept a bit more of it throughout the song.

As the album moves on, I found myself wanting a bit more diversity. I think this album is clever in its ability to play with different genres. Although, the never-ending distortion can get tiresome. Truthfully, this band has talent that I feel was underused during production. I want more eerie synth and a bit more complexity with the guitar riffs. The vocals have a tendency to blend in too much with the music, and it becomes hard to separate each individual instrument to truly appreciate each individual’s talent.

As I continued my journey through this album I found myself with the angry, frustrated, damaged, damn-near-hell-like song “Anointing of the Sick.” This song has some great elements that suffered from a similar issue of sounding too distorted to stand out enough. There is nothing wrong with the music—it just feels like an abuse of distortion for the sake of distortion. It is a common thread that haunts punk, hardcore and industrial.

I really enjoyed the experimentations with instruments and their unfiltered rawness. Each track can start to sound the same as previous tracks due to the constant use of the same style of distortion.  I am not saying that this album is bad—I am saying that differentiating the distortion, percussion and vocals would have helped each track stand out from one another.

The unique blend of genres can be something that takes a band to new heights. This album simply isn’t experimental enough to justify any of the elements being combined. The heavy use of distortion can be good when in context, and the distortion on a few of the songs would have been fine. The use of distortion on all the songs slowly descended into a mishmash of confusion. While I loved the unfiltered energy and anger, I wanted more musically.

In the end, this album is an experience. If you like noise music, punk, industrial or hardcore, you may enjoy this. I left with mixed feelings. I didn’t dislike the album; I simply wanted more complexity. With that said, I do plan to keep listening to their music because it does have a unique approach to a complex genre. –Seeth McGavien