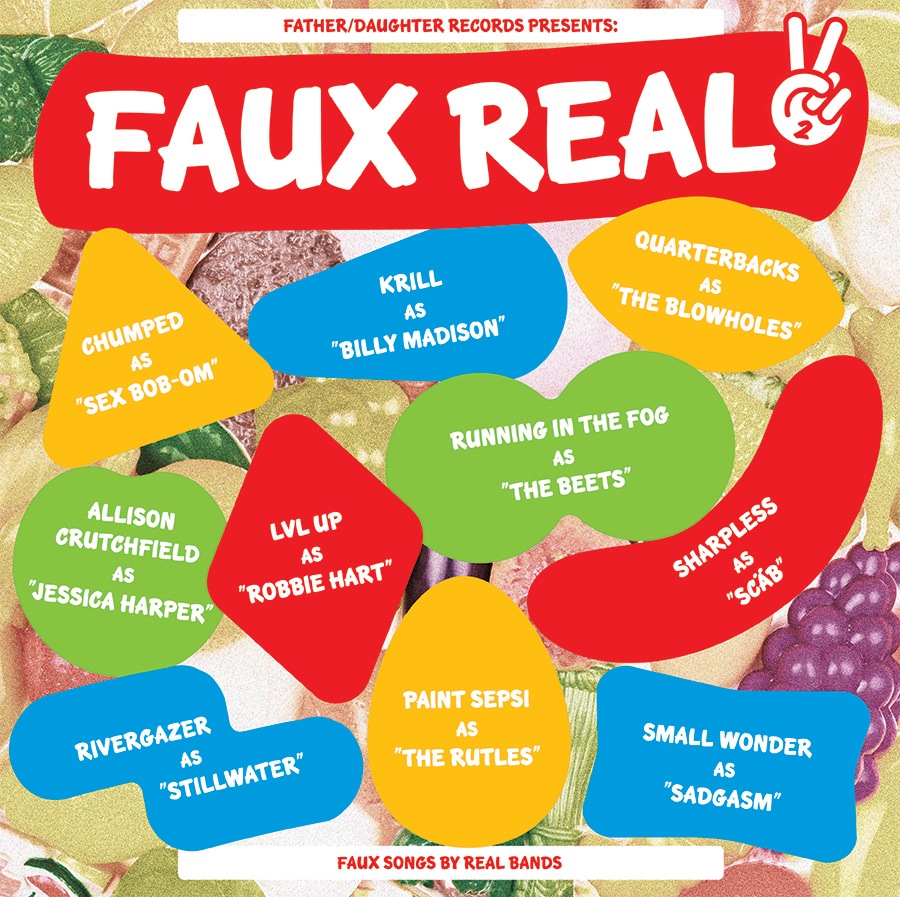 If ’90s television and movies were any kind of influence on you as a child or teenager, then most likely you’ve had a few “Faux Songs” added to your mental musical library. What are “Faux Songs?” They’re fake music tracks put into whatever you’re watching to get a laugh or add character to the world you’re experiencing. A good example would be “Smelly Cat” from Friends—which I totally never watched. Ever. Faux Real II is the second compilation of real musicians playing as fake bands, like Chumped covering a Sex Bob-omb track, “Threshold,” or Saint Pepsi playing as The Rutles for the song “I Must Be In Love.” Or a personal favorite, Running In The Fog playing The Beets hit song “Killer Tofu” from the Nickelodeon series Doug. Like any compilation of this type, you’re getting that band’s style through the song, so some of these you’ll absolutely fall in love with, while others seem to miss the mark. But as a whole the album kicks a lot of ass and deserves your teenager attention. –Gavin Sheehan