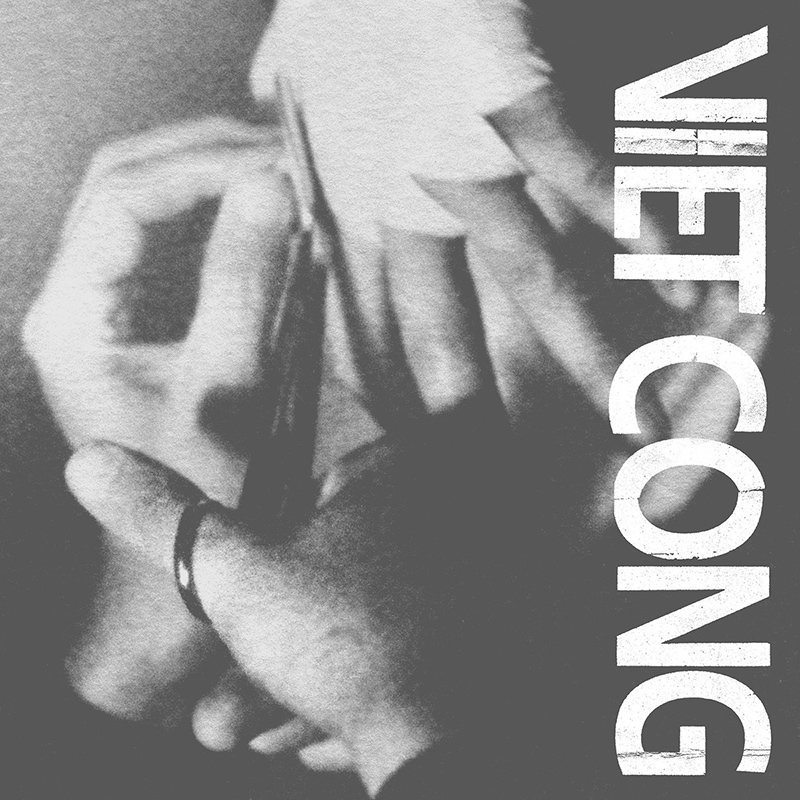 Viet Cong
Self-Titled
Jagjaguwar
Street: 01.20
Viet Cong = The Black Angels + Red Krayola – Blue Cheer
The Viet Cong were the guerrilla branch of the North Vietnamese fighting forces in the Vietnam War, as opposed to the Viet Minh regulars (there’s actually a band named after them as well—a Black Angels side project), and this musical unit is fighting (the band’s predecessor, Women, broke up after a fight on stage!) the psychic wars of psychedelia in their third year. It’s psych music filtered through a punk/industrial sensibility of somebody like Throbbing Gristle. “Bunker Buster” takes post-rock psych noise into the age of the smart bomb. Viet Cong are one of the most challenging and inventive indie bands to emerge in the last few years! –Stakerized!
Photos: