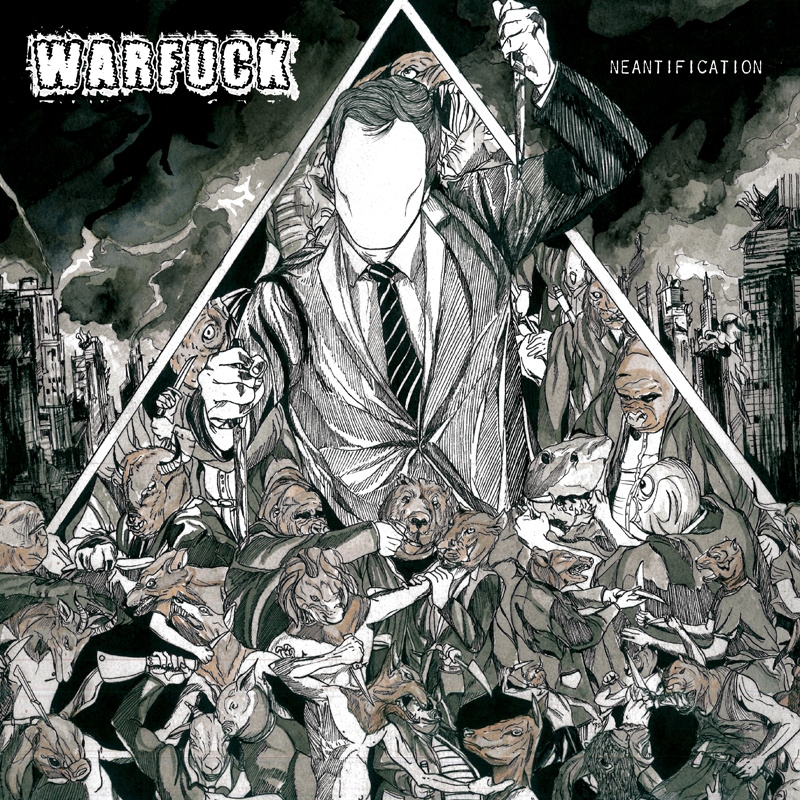 Two person bands don’t always work. Lyon, France’s Warfuck works. You can feel the energy between its two members as they feed off one another blast beat by blast beat, crushing riff by crushing riff. This is an album showing what a precisely executed grindcore record can sound like. Namely: pissed as all hell. Quotes from the British show Black Mirror are interspersed through the entire album, which is effective in making an already cohesive listen that much more engaging by upping the irate factor. With only two instruments, things could sound incomplete, but it’s the opposite. Drums and guitar are crisp, there is plenty of low end on the guitar, and the drums sound full. The riffs aren’t all blazing speed—there are plenty of headbang worthy accents and the drumming is tight, interesting and clean. I can’t recommend this album enough, and since it’s free on their bandcamp, you have no excuse. –Peter Fryer
Photos: