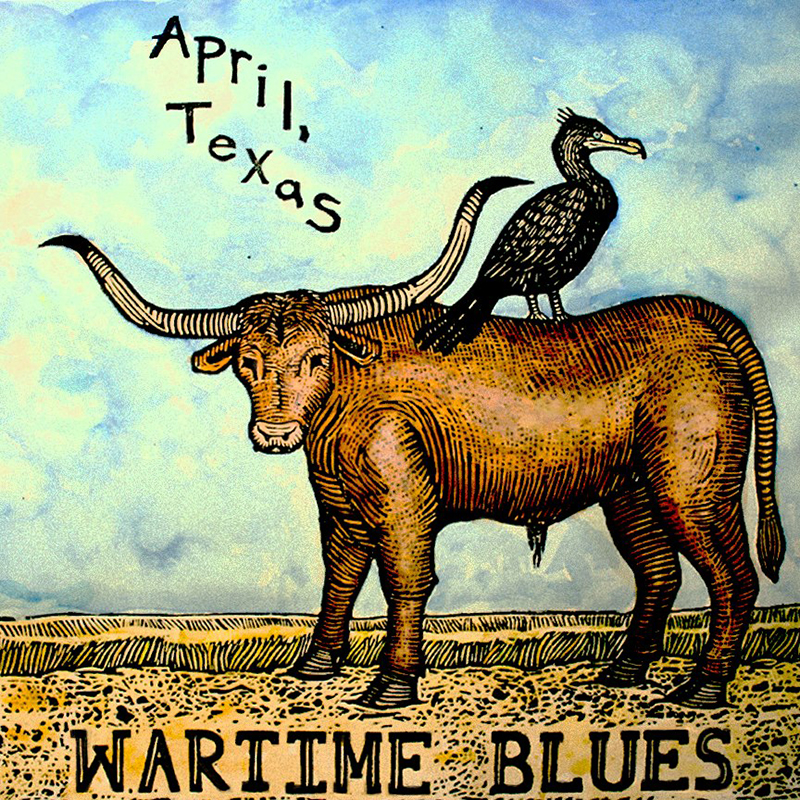 From Missoula, Montana, Wartime Blues are a six-person folk band who sing about the influence Big Sky Country has on life. Wartime Blues epitomizes the (good) type of folk music we rarely hear: the pleasantly unpredictable, unexpected turns in the hooks and chords. April, Texas is their third album, which follows Doves & Drums (2009) and Passenger (2011). Wartime Blues members complement each other instrumentally, vocally and lyrically on tracks such as “West Texas River,” rather than overwhelming and over-layering. Each part of each song stands beautifully, wildly alone, like the horrible, terrible state of Montana. –Lizz Corrigan