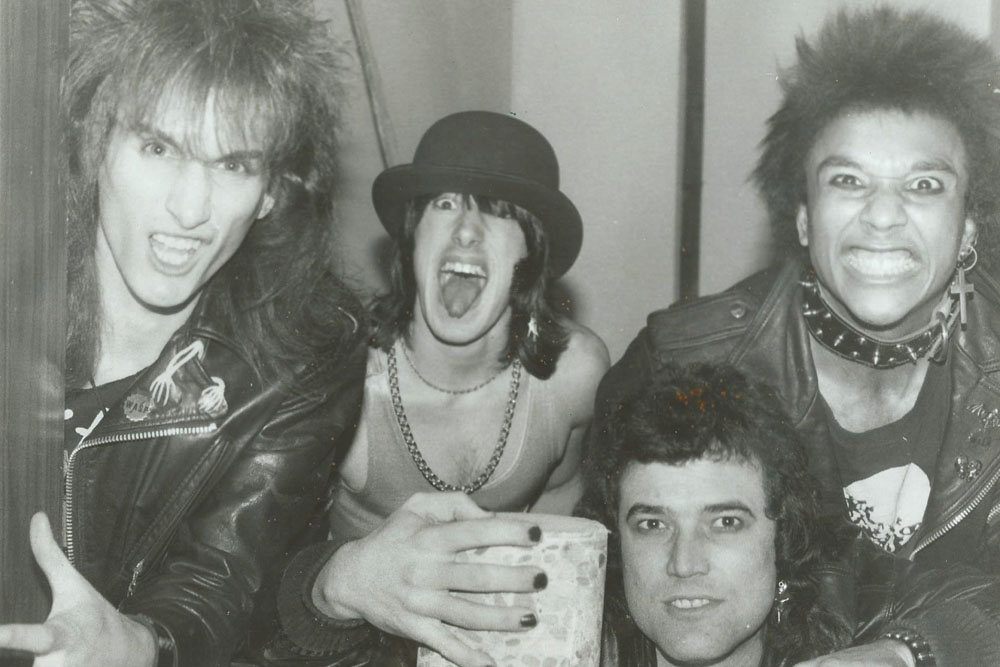 YDI Will Fuck Your Spotlight Up and Make You BleedAre you ready? All right!
Ready to die? Not without a fight!
I am not your mindless sheep
Follow no shepherd to the slaughter
I can make blood flow like water
I think murder day and night
But you can’t put me away
Not without a fight!
–YDI, “Not Without a Fight”

So it’s the beginning of winter, it’s cold as fuck and it gets dark earlier every day. Usually it’s the beginning of a three- or four-month period when I sink into a mild depression, put the Uniform Choice and 7 Seconds records in storage and listen to nothing but black metal. This year I may not get my Viking on because I found the YDI discography CD, which matches black metal in pure world-hating rage without having to burn down churches, murder homosexuals or eat pieces of your dead friend’s brain.

YDI has got to be the most sketchy, gnarly American hardcore punk band I’ve ever heard. The discography CD has their demo, their 1983 A Place in the Sun 7″, two compilation songs and their only full-length, 1985’s Black Dust LP. YDI wasn’t the fastest or even the most original hardcore band around, but there’s just something in the way Jackal, their gigantic skinhead vocalist, delivers his venomous lyrics that you know he’s as scary in real life as he is portrayed in their records. Maybe it’s their songs about raping rich chicks or walking down the highway at night high on PCP. Either way, Maximumrocknroll Magazine was definitely bummed out by this band.

The Black Dust LP has to be heard to be believed. Think Motörhead crossed with Celtic Frost crossed with, um, Oi!? There are plenty of great punk-as-fuck riffs, but everything is down-tuned as all hell, there are metal solos, and Jackal sings more gutturally than any death metal band that was around at the time.

YDI—the perfect band for all two people in the state of Utah who like The 4-Skins as much as they like Hellhammer. You can get their discography CD from Parts Unknown Records at P.O. Box 4835/Toms River, NJ/08754.