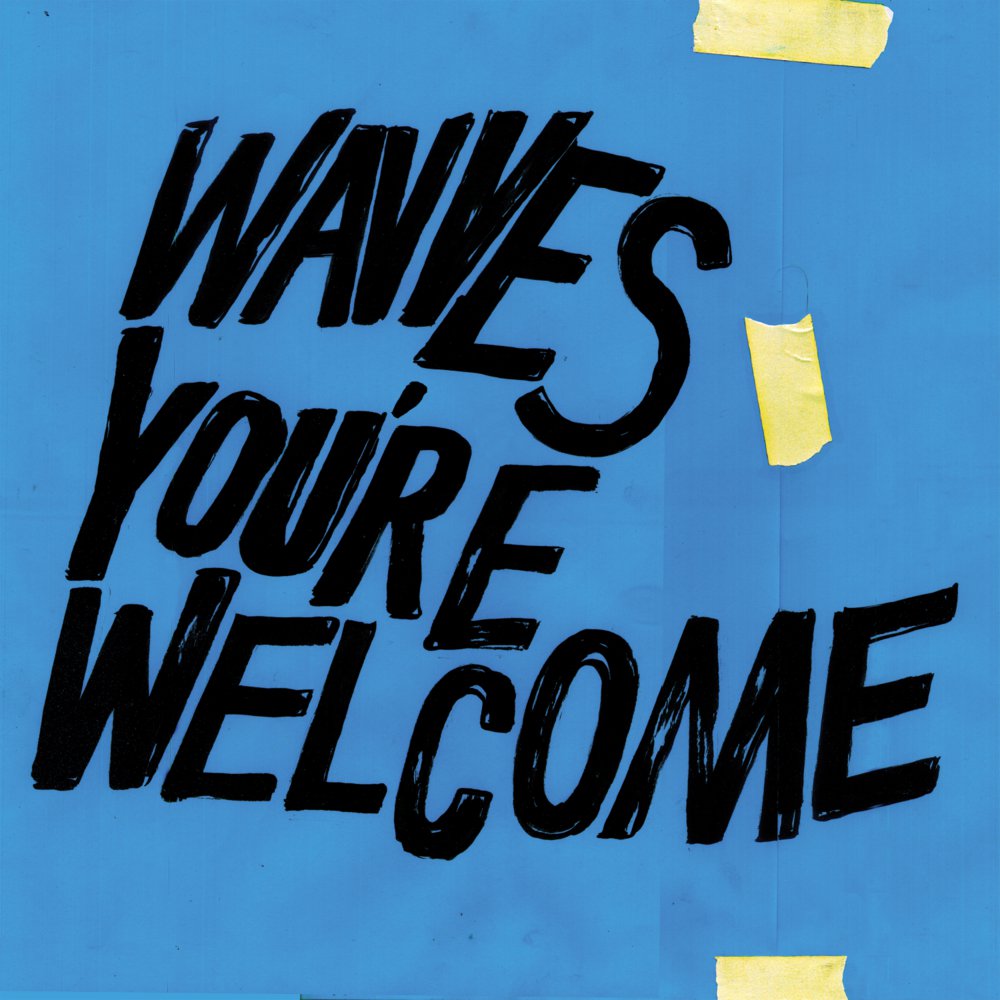 I think a lot of us are still getting over the hangover King of the Beach left us back in 2010. Nothing from the group has been quite as fun, even with the bittersweet “Dog” off 2013’s Afraid of Heights and the solid effort of V in 2015. There just hasn’t been anything to top “Post-Acid” or “Green Eyes,” or most of the tracks, really. So with every ensuing release, I think it had only been natural to compare each album to these standout tracks. But it’s been a minute since, and I think it’s fair that we start judging Wavves’ Nathan Williams as a man of 2017. You’re Welcome is his defining work. It’s industrious in his attempt to appeal to the new year, summoning new tones and turns while adhering to all the years and releases that have come to define Wavves.

“Hollowed Out” is the perfect schism of the past and future. Recycling the Beach Boys–inspired “ooohhhhs” that Williams has worn so well over the years and incorporating new challenging structures, the track establishes where the band is in its current evolution. They don’t forget what makes their sound great, but they know the necessary risks to make their sound great. The title track leans more into these risks, as it relies less on the band’s common and beloved harmonies and more on nasally riffs and a thick bass melody. “Million Enemies” might be the most newfangled track, as it embraces thick distortion pedals and a transition of verse that sounds almost like they are switching the key of the song entirely. It is definitely at first the most challenging track on the record, but after a handful of listens, I start finding it to be one of my favorites. It’s something completely new, and its obscurity is easily overcome once you realize the almost abrupt change in verse sounds great. The much less obscure “Animal” is probably the poppiest track out of Wavves since “Dog.” The lyrics (“The whole world covered in gasoline / And burning alive / I feel taken advantage of / And empty inside”) bring the “man against the world” stature we’ve come to expect from Williams, but it’s the chorus that follows in which his guard goes down. He not only welcomes these new tones but also a new hope within the world: “… A million stars light up my face / When you look at it.” It’s definitely one of the more optimistic words we’ve heard from the singer. With tenacious guitarwork, the track manifests itself as one of the best pieces from the group in a long time. “Animal” brings me the good vibes I found in King of the Beach years ago while still unleashing a new cadence that seems fitting for the new year.

You’re Welcome is one of the better albums I’ve heard so far this year, too. With a lot of psychedelic bands coming out from the ether lately, it’s nice to know that punk still works and can still sound new. Wavves fans might not be in love with every track on the record because of the challenge, but if you’re open to the new sound and give it a few rotations, I’m sure that you can find a few of your own gems and appreciate what Williams is doing. And if not, “Animal” should hopefully keep listeners satiated until they can complain about how the next Wavves album doesn’t sound like Wavves. –Austin Doty