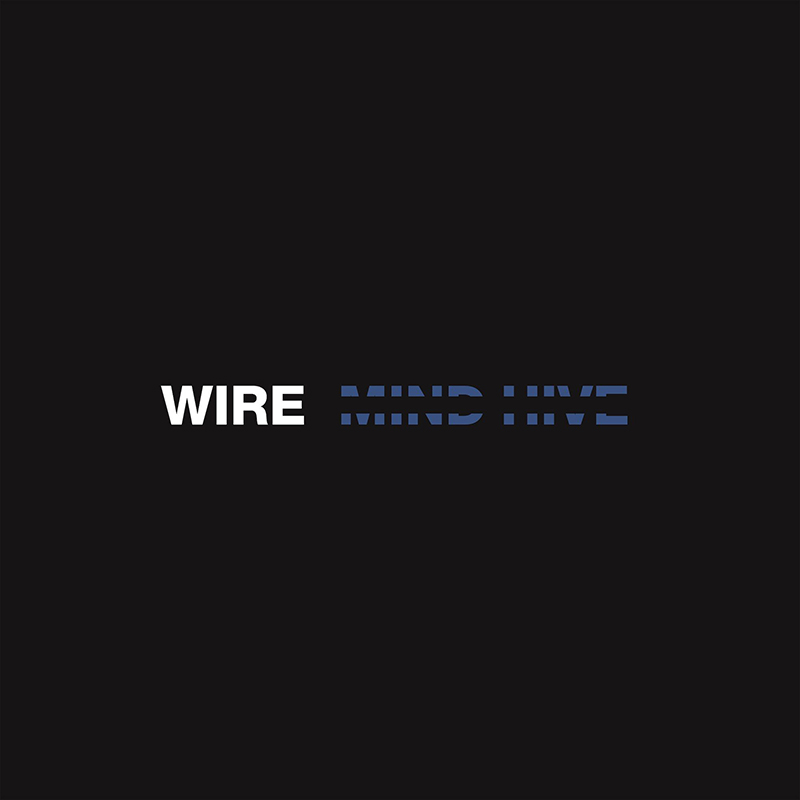 As we enter a new decade, Wire is nearing their sixth decade of releasing music.

This UK post-punk group is commemorating this milestone with the release of their 16th studio album, Mind Hive. This album holds true to their gritty artistic style that emerged in ’77 while also steering through half a century’s worth of experience. Their sonic exploration expands into various regions while lyrically taking the position of observers of societal corruption.

The opening song, “Be Like Them,” has a cult-following march that is created by a six-note guitar riff, followed by synchronized interplay between the bass and drums. The track paints a picture of an industrialized dystopia over-ruled by a society that pressures individuals to, as the song’s chant suggests, “Be like them.”

The questioning of civilization is continued on the sixth track, “Shadows,” a ballad built off of ominous vocal harmonies that capture the feeling of lost hope. Dream-like guitar and sliding bass roll this song forward as the lyrics indulge in humanity’s regrettable repetition throughout history with lyrics such as, “Shadows of the future, shadow of the past.”

Potentially the most rally-worthy song is “Primed and Ready,” a synth-driven ditty that flows into an expansive section with doubling high-hat hits. Pairing fuzz-laden guitars with the confrontational refrain, “Are you ready/ Reinventing the wheel,”could pump an internal courage through any listeners’ ears.

Societal woes aren’t the only topic Wire focus on—they also veer into pessimistic and realistic perspectives on relatively joyful experiences. “Off the Beach” is one example of this that results in an excellent song with contradictory elements. The prominent acoustic guitar disguises the track as an energetically upbeat surf pop tune while lyrically describing the grim reality of pitfalls that could erupt at the beach. Ska-sounding breaks—replete with saxophone—push the coastal vibe even more helping to mask “Off the Beach” as a good mood tune.

The main single from the album, “Cactused,” was initially released in October 2019. The sneak peek of this pop melody opened the door to the versatility of what was yet to come on this album. Also, being the runner-up on the track list to the doom of, “Be Like Them,” this song takes a hard right turn into a sonic pop molding. “Cactused” is dripping with catchiness and is reminiscent of Wire’s earlier discography, with driving drums by Robert Grey and dynamic guitar by Colin Newman and Matthew Simms.

The introduction of “Oklahoma” features a violin-covered synth that unexpectedly explodes into a quality dance party song. “I love your sexy hearse,” Newman coos along to the dynamic ambiguity, giving me memory cues to Oingo Boingo and David Bowie’s later years. The repeating, quick-tempo bass line and gloomy fuzziness meld this bop together, making me want to shamelessly dance to the beat.

“Hung,” is the Frankenstein of the album that combines the elements of this record’s experiments and stitches it all together into an eight-minute excursion. The prolonged guitar riffs and thumping drums match with overtones that sound like they came from a mad scientist’s laboratory. “Hung” pulls Mind Hive’s other nine songs together to truly bring this album to life.

The last song on the album, “Humming” wraps back around to bring Wire’s overall message to the forefront. The building keyboard drives this song. Lyrically, the track confronts the tattered grounds around today’s world. “I can’t quite remember when it went wrong,” Newman ruminates about familiar injustices, ending by naming places where he’s potentially experienced this firsthand.

From post-punk to industrial doom to pop, it’s safe to say that anything good goes on this album. Throughout the band’s career, Wire has released numerous albums together—both in studio and live versions. The thought of possibly having a studio and live version of Mind Hive would truly be two albums for the record collection. —Kenz Waldon