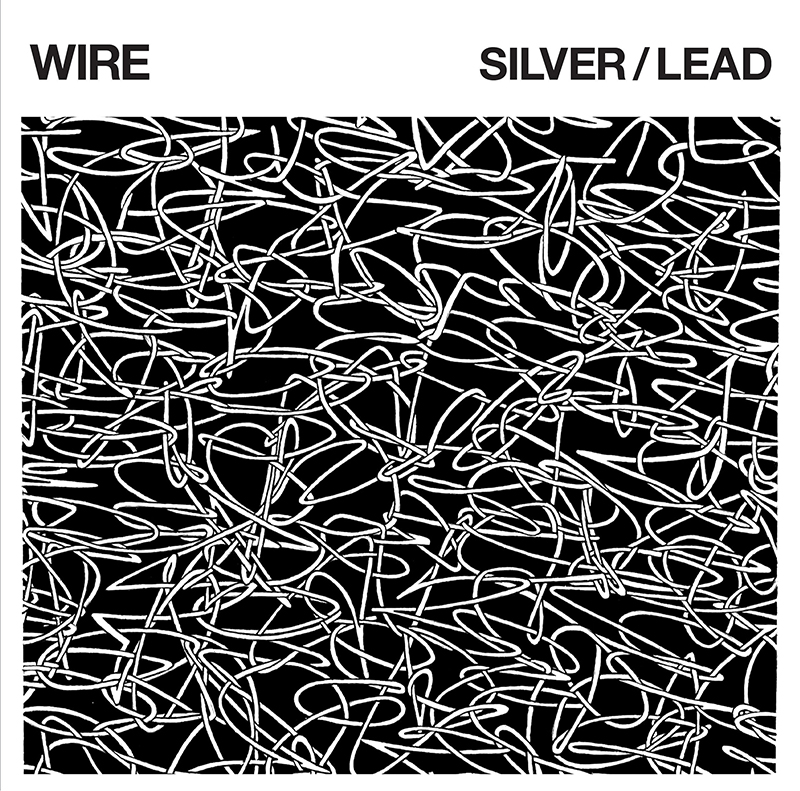 You know, just when I think there’s no hope for the world, something comes along and brings me back from the brink. This new album by Wire is that thing! Somewhere along the way, my favorite artists have suddenly figured out who they are, passed their midlife crises, and got on with the business at hand—making amazing art. I remember the first time I heard Pink Flag so many years ago. I was exploring the likes of Joy Division, Sex Pistols, The Damned and Siouxie and the Banshees, but the real standout to me was this album. To me, it was the Ramones go to art school. Raw, boisterous and stripped to the bone, it affected me all the way down to how I listened to music. Every song was rushed. Every word was oozing British detachment and sarcasm. I loved it. I hang on to that gem, but with each passing phase, I pick up the new Wire, and I’m rarely disappointed.

Silver/Lead is the 15th studio album from these musical pioneers. It will hit the streets on the 40th anniversary of their debut performance. However, in listening to the album, it is about as far from nostalgia as you can get. Wire have perfected their uniquely addictive 21st-century psychedelic post-punk. Colin Newman and Matt Simms’ guitar work is spatial, jagged and luminous, while bassist Graham Lewis’ ear-catching lyrics are vivid and oblique. Drummer Robert Grey provides a virtual master class in percussive minimalism. When you listen, you won’t hear the mechanics—you’ll hear the machine as a whole. The sound is simultaneously abrasive, visceral and moody in the vein of Bob Mould with full tonal guitar attacks backed by a percussive element that draws us back to reality. I enjoyed the fact that it seems that the musical spectrum was explored with Wire running the show Wizard of Oz style, pulling the knobs and hitting the heavy smoke machine.

Wire have always been hardworking and forward-thinking in their pursuits. Silver/Lead is no exception. They don’t dwell on past glories, they don’t hinder themselves with musical boundaries, and they don’t let down their fans. This is probably the reason that their music has been so influential over the years. The bands Oasis, Blur, Sonic Youth and REM have acknowledged their influence in interviews, and they have even had their riffs stolen and turned into ’90s proto-hits (cough … Elastica anybody?)

Check out Silver/Lead and give it a good shake with an open mind. The tracks buzz, chug, swing, pop and crackle out of the speakers. It’s an enjoyable listen with a momentous movement of styles and sonic relevance. This is an album that will stick with you for a long time. I’m excited to hear the next generation of bands that will be influenced by the Wire sound and what they’ll bring. Let this be an ode to the future and what it has in store—bid farewell to the past! –Jeremy Cardenas