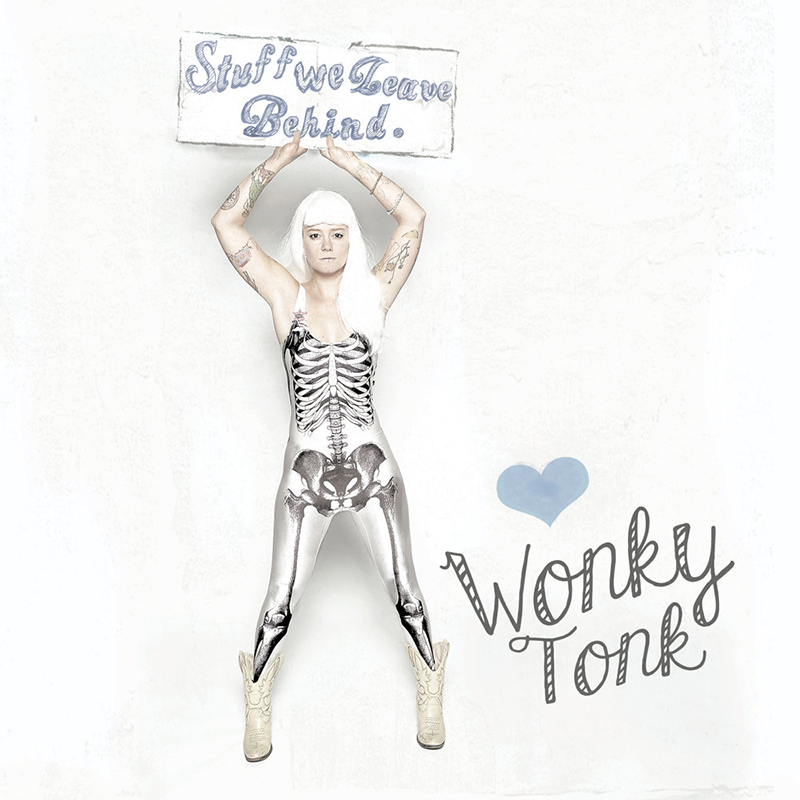 Wonky Tonk
Stuff We Leave Behind

Wonky Tonk is the essence of childlike wonder and charming, awkward longing. She strings her naïve wanderlust into dulcet country ditties, assembling songs on the album like tiny sparkles of light in a constellation. “Cleveland” is a fuzz-folk tune, darling and twangy. “Denmark” slows it down and turns up the soothing quirk to 11. Stuff We Leave Behind is so sincere and cutesy, and it is almost unbearably delightful. Winsome and endearing, Jasmine Poole will steal your heart. Don’t miss out on this one, and when you hit play, get ready to be vulnerable. –LeAundra Jeffs