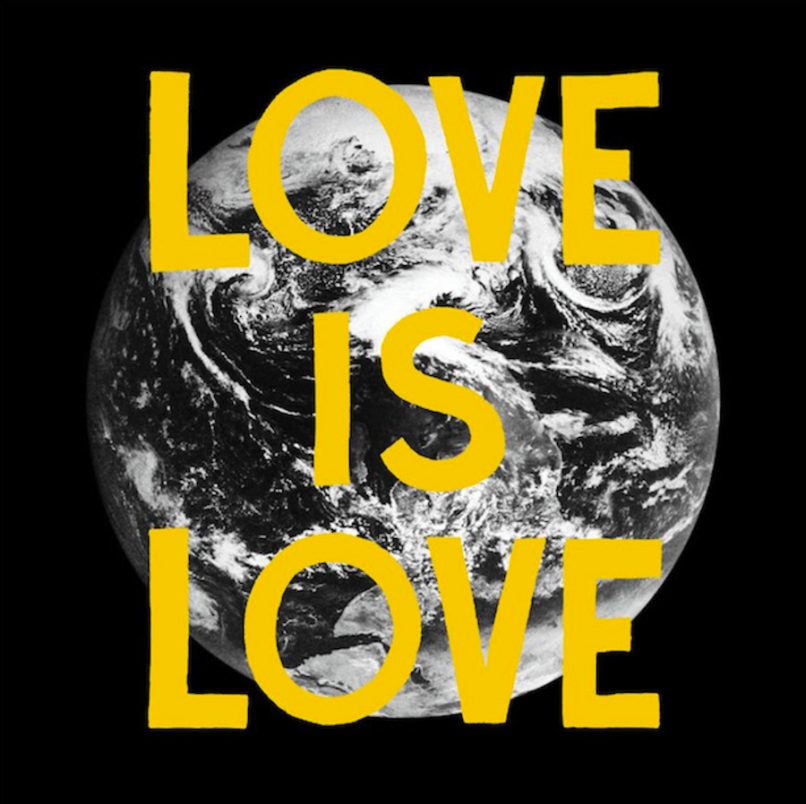 Brooklyn-based psych-folk rockers WOODS have begun to prove the theory that many began to hold once a Trump presidency shifted from farfetched satire to glum verisimilitude. They proved that such a presidency would give rise to not only great art but also great politically charged art. WOODS wrote and recorded Love is Love in the immediate aftermath of the 2017 presidential election. The album—along with its political and sociocultural connotations—does not feel forced, nor does it seem like WOODS want to cash in on the instability of our current political climate by putting out a clearly political record. Their intentions, as well as their emphasis on love, come across as genuine, and the record is all the more effective because of it.

The album begins with the title track, which showcases a sonic interpretation of the United States. The song is filled with so many different styles and techniques, and they all mix well together. The drum pattern evinces some Afro-Cuban rhythmic influences, the guitar tone is traditional ‘60s soul, the basslines are classic rock–ish, and the trumpet part has some mariachi as well as spaghetti western connotations. The harmonic content is one that feels intentionally ambiguous—the same progression could fit any of the previously mentioned styles, depending on what rhythm you decide to fixate on. Floating above this are Jeremy Earl’s vocals, spouting, “Say that love is love.” The track represents what many of us would consider an almost utopic musical depiction of the society we would like to live in. The second song, “Bleeding Blue,” continues to build off of the communal emphasis of “Love is Love” but begins to transition into a more clearly political commentary. Said commentary can be found on the third track, “Lost In A Crowd.” The lyrical content seems to reference the bleak realization of the outcome of our last presidential election. However, the musical background suggests a cheerful and blissful mood. WOODS employ delayed electric pianos, flutes and higher female vocal harmonies over a major key to uphold the nightmare that we awake from as the darkness descends upon us. If one were to interpret the lyrics and instrumental setting as the cynicism that many feel toward the current state of our government, then the song makes complete sense.

“Spring Is In The Air” is the fourth track on the album and makes an interesting transition from the previous piece. It begins with an organ drone with heavy tremolo and a pulsating panning that at first sounds hopeful. Once the bassline comes in, the songs turn toward the dark. The song continues for nearly 10 minutes, showcasing various solos interrupted by a refrain from the wind section. The fifth song is called “I Hit That Drum” and is the only song on the album where the band does not play a drum. Hopefully you find that to be as cool as I do. The album closes out full circle with “Love Is Love (Sun On Time).” The song is a variation on the first one but with a faster tempo and has done away with the brass parts. The line “Say that love is love” is repeated even more often and with more intensity in their last effort to communicate to the listener the importance of this sentiment. It also conveys the notion that we will be OK because “The sun’s on time—the sun will rise,” but only if we stand up and “say that love is love.” –Arcadio Rodriguez