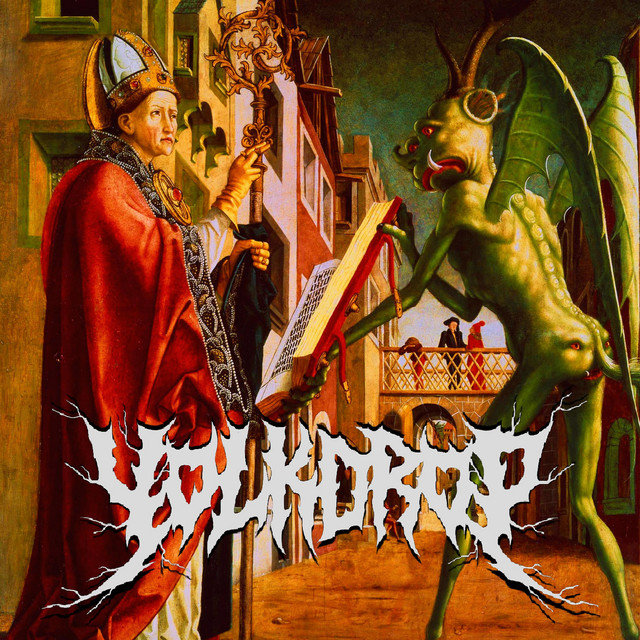 It’s difficult to lump Yolkdrop into a single genre, as their sound is a little all over the place. Not in a bad way, though, but in a way that keeps each song on the album fresh and seldom dull. The best way I can explain it is to tell you that Yolkdrop, their new, self-titled debut album, sounds a little like the ’90s. If you were a kid in the ’90s, you’ll find a lot of nostalgic sounds on this album.

However, Yolkdrop is not similar to the popular music from that time. It’s more like a mix of all those other sounds you remember from being a kid: sounds such as 8-bit soundtracks from your favorite retro video games and the wacky noisemakers from toys, cartoons and TV commercials. There are keyboard tones reminiscent of the Charlie Brown piano, and a section in their song “Internet Dominos” that sounds like you just fell into a level on Donkey Kong 64. At one point on the album, I even heard what I think was the whistle of a toy train blowing. It’s almost as if Yolkdrop thought, “How many toys can we put on this album?” So they did just that, and managed to do so in the most tasteful fashion possible.

The backing vocals play a big role throughout the album and set the tone in a few of the songs. On the song “Valentine & I,” they give the music a surf-rock aesthetic. In contrast, on “Is This Bran Muffin?,” the backing vocals produce more of a Sgt. Pepper-era Beatles mood with the laughing and weird murmuring you can barely understand. “Mary Shelly’s a Goth Chick,” the lead single off the album, sounds like it has some pop-punk influences and is extremely catchy. My favorite cut from the album is “Move Along.” This groovy track blends elements of funk and soul and is carried by some badass synth leads. Yolkdrop is an eccentric band with bright soundscapes. Their debut is fun to listen to and arrives at a perfect moment—just in time for summer. –Paul Michael Zuniga