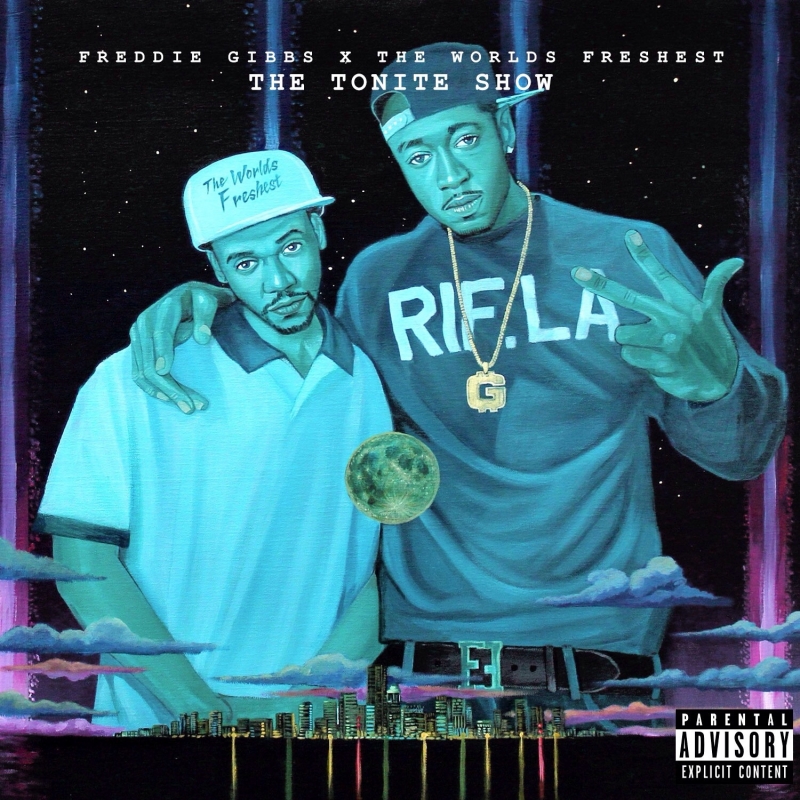 Straight to the Mu’Fuckin’ Greatest: The Best Mixtapes of 2014

For years now, some of the biggest game-changers in hip-hop haven’t been albums—they’ve been “mixtapes”—free, digital releases that may or may not have an annoying DJ who ruins the whole thing. These days, mixtapes are a necessity for staying relevant, which probably sucks for rappers, but appeals to the cheapskate in me. Everyone makes them, so there’s a lot to sift through. Luckily, SLUG has done all the hard work for you, and these are the 10 Best mixtapes of 2014 you need to know about.

10) Freddie Gibbs x The World’s Freshest
The Tonite Show
Street: 05.13.14.
Gibbs’ Piñata was among the better records of 2014. So, to compare these two albums might be a bit unfair. Still, the only real problem with The Tonite Show is “Pussy Got Slap,” which is every bit the bed-shitter it sounds like. For the most part, though, this is Freddie Gibbs in fine form, “rollin’, pockets all swollen,” he’s got two bad bitches with him and he’s, “blowin’ that Billy Ocean.” Wait! Did he just say he blew Billy Ocean?

9) Travi$ Scott
Days Before Rodeo
Street: 08.18.14
Travi$ Scott’s loose affiliation with Kanye has prompted a lot of comparisons. Luckily, unlike Yeezy, Scott doesn’t spend the whole record rapping about how much richer than you he is. He’s not exactly Socrates either, but I’ll take it. The essential jam here is “Mamacita,” but there’s plenty more, like “Quintana Pt. 2” and “Don’t Play,” which offer up some next-level production.

8) Dej Loaf
$ell Sole
Street: 10.21.14
The last thing you want to be is “backpack rap.” That’s code for hip-hop that white college kids like. In theory, I don’t know why backpack is a bad thing, but in practice, well, there’s Wiz Khalifa. Dej Loaf has that stink all over her, unfortunately. It’s a shame, too: At a time when the most popular female MCs—e.g. Nicki Minaj and Azealia Banks—have little to offer but vapid narcissism, Dej offers depth with remarkable skill.

7) Migos
No Label 2
Street: 02.25.14
Migos embody a new direction in rap—one that not everyone appreciates. Nevertheless, “Versace,” from Y.R.N., is the anthem of the decade, and Atlanta’s scene is singlehandedly reviving hip-hop right now—and thank God, too! Without the Migoses and Young Thugs of the world, rap would smell like Jay-Z farts. Not only did this tape prove that these guys weren’t one-trick ponies, it got Rush Limbaugh to hate them. If there’s a better recommendation than that, I don’t know what it is.

6) Cakes Da Killa
Hunger Pangs
Street: 06.18.14
It’s bullshit, but when you’re a gay rapper, you can’t just be good: You have to be fierce. Cakes Da Killa is ravenous and he will “eat a bitch up.” I don’t think that’s rhetorical, either—Because when I listen to this tape, I hear a man that I honestly believe might chew your face off and lick your fucking bones.