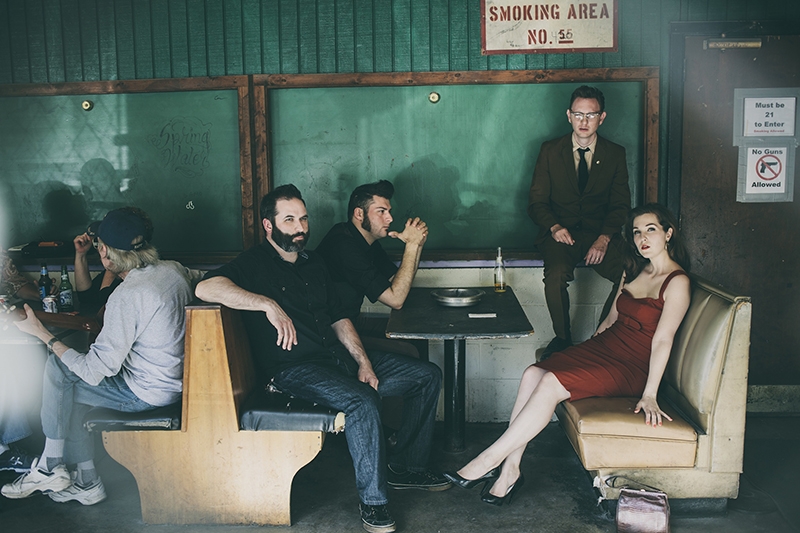 Earlier this year, I was stunned and saddened to hear of the breakup of Th’ Legendary Shack Shakers, the band that Col. J.D. Wilkes fronted and took from obscurity to prominence. With the exit of longtime bass player Mark Robinson, Wilkes decided to start a new chapter with his wife, Jessica Wilkes, who was already a part of J.D.’s mountain string band, The Dirt Daubers. Jessica takes on bass playing and shares lead vocal duties in the new incarnation. Though the name was carried over, J.D. Wilkes and the Dirt Daubers bring along influences from mountain folk and the delta blues to new territory. The band has taken a more cosmopolitan approach, bringing out the Chess Records sound and even some early rhythm and blues influences. Although I’ve been a longtime fan of J.D., it’s the tracks on which Jessica takes lead vocals that impress me the most, which free up J.D. to wail out harmonica riffs like only he can. “River Song” is the thesis piece of Wild Moon, with the addition of a horn section combined with the way the band charges through with a burst of vintage sounds and oomph to spare. With the exception of “Hidey Hole,” which could be a more subdued Shack Shakers tune, Wild Moon takes jump blues, and early rock n’ roll and makes it explode with zeal and fury. Rod Hamdalla transitions nicely from his short stint as a Shack Shaker, and brings depth and litheness to his guitar work. You can bet that the future holds something different, remarkable and abnormal for J.D. and the gang. –James Orme