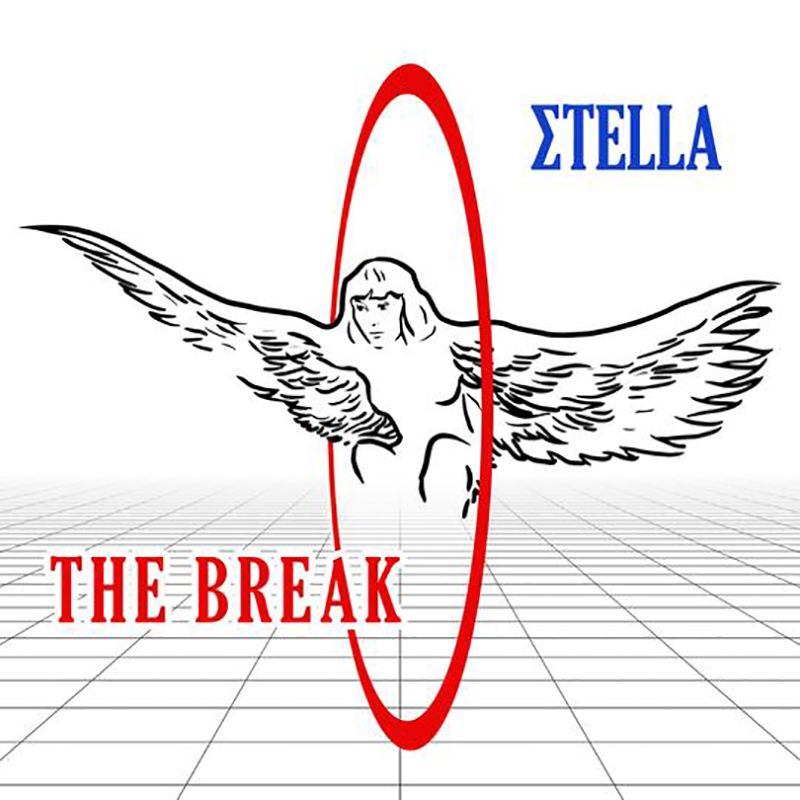 With two solo albums, Σtella and Work for You, already behind her, Σtella is ready for another international debut. The Break is an album that Σtella mostly produced and recorded in her home studio. Σtella is an electro-pop band with a Greek following that has a sound full of influences that consist of ’80s synthpop, a splash of funk and a lick of disco. If you know Σtella’s music, you know that her voice falls on the lower range of the scale, which fits her perfectly. Σtella is made of Σtella herself, who provides vocals and the guitar, Velissarios Prassas plays the bass, Oresis Benekas plays the keys and Elias Aronidis is on the drums.

“Bellaria” is the first track and is packed with a voiceless, nostalgic tune as if you’re playing a video game—Hotline Miami came to mind for me. “The Race” and “Samba” are tracks that were released in 2019, and they stand strong on their own as they’re both filled with Σtella’s characteristic spontaneity. There’s a small turning point on the album with the track “Forest,” as it takes on a more serious tone. The keys come in hauntingly with drums chasing you until the intensity lets off. Σtella is almost seducing you with her voice as she sings: “I’ll bring the beer / You bring the wine / And if I wanna make your body mine,” before diving back to the slight heaviness of the song.  “Numéro” is a favorite, as the beat completely hypnotizes with Σtella’s airy vocals breathing the same words repeatedly as Benekas shines on the keys throughout the song.

Every track on the album sets itself apart in its own way. Tracks like “Monster,” “The River,” “I’m Alone,” “Simon Says” and “Cherry” don’t disappoint, as they’re filled with the fun and vulnerability that Stella exhibits. In honor of The Break, the title track has synths dripping their way into the song before turning into a funk beat. With lyrics such as, “We call you the break / And the earth is going to shake / You dance to the beat / In an unfamiliar streak,” it feels like an ode to their album because you can dance to every song if you follow the beat.

“Sleeping Separate” stood out to me as Σtella’s somber voice croons about not knowing the lover she sleeps next to. Her words cut to the chase and point out the obvious in such a way that it’s almost as if she’s gently lecturing you while trying to understand you at the same time. Her gentle “ah’s” and humming at the end of the song feels like a lullaby. The last track, “The World Is Big,” wraps the album up and closes the world of The Break with its dreamy ending.

The Break was the first project I heard from Σtella and I love it. I’ve since listened to her past two albums and I can say that she’s definitely grown into her sound. The colorful beats with hints of funk, deep bass hits and slick guitar chords still exist. I found a new beat to follow on each song every time I listened to the full album. It’s a beautifully orchestrated album filled with colorful, random and experimental notes that blend well with Σtella’s low-range voice. All 13 tracks are great to dance to or listen to on a nice sunny afternoon in a field. The Break is a great pick to release internationally and I’m excited for what Σtella will bring in the future. –Kimberly Portillo