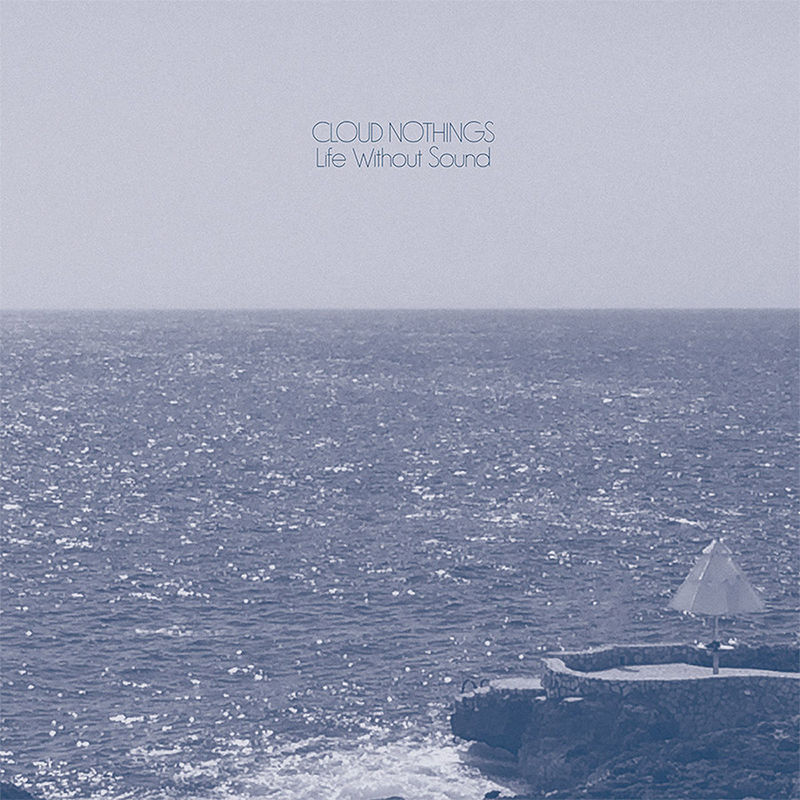 Cloud Nothings’ frontman, Dylan Baldi, describes Life Without Sound as “slowed down.” Coming from the angst of the highly-acclaimed Attack on Memory and that of the group’s previous release, Here and Nowhere Else, Life Without Sound does slow down their usual tempo and reveals new existential concern rather than just their past worries about being young and insecure. In an interview published by Stereogum, Baldi said the album “is about bigger things than me complaining — in my mind, at least.” Though Baldi might still be a little insecure about one thing or another, he’s not scared to take on the world, providing his band’s most polished and thought-out work yet. Moving through the sequence of tracks like “Internal World” and to “Realize My Fate,” it’s clear on which precipice he stands: one with a perspective reaching for knowledge and enlightenment while realizing that nothing is for certain. It’s a record that, while dark and challenging—what else would a Cloud Nothings record be?— it is also supposed to be something that gets your head out of the existential dirt.

“Modern Act” is the single off the record and the most lighthearted track from the group since their 2011 self-titled debut. It relates to making a huge issue out of the small stuff of everyday life, “when you feel like an ocean coming out of a creek.” It’s an existence that takes a step back to realize that some problems maybe aren’t that big of a deal. “Internal World” gets off on a similar foot: trying to refrain from a usual narcissistic solipsism or just trying not to be the asshole that thinks they’re always right. It’s also here that it comes to mind how instrumentally talented the band has become. The drums really come alive in an equally poppy and tenacious manner through the intricate chords and riffs that have come to illustrate the complex, dark yet playful nature of the group. “Darkened Rings” also touches on throwback sounds to the earlier and angrier punchy tracks like “No Sentiment.”

But again, these new songs aren’t as focused on expressing how angry you are but why you’re angry. Contemplating and trying to separate emotion from fact, “Enter Entirely” reflects on actions from the past and what ultimately motivated them. It calls for an existence that makes us truly examine our choices and try to understand our fears a bit more. How are you affecting your world and what effects do your concerns actually create? An album as caught in the middle as this naturally wraps up by communicating that there is purpose but with the frustration of not knowing what it is. In “Realize My Fate,” Baldi screeches out, “I believe in something bigger / But what I can’t articulate,” closing with a perspective that is as optimistic as it is bleak. Sure, there is truth in the universe, but where the hell is it? For Cloud Nothings, it’s up in the air. With this fourth release and US/European tour ahead, the band probably won’t come to any conclusions soon. They’ll be too busy promoting their current concern for existence and making sure that others share their bleak search for truth. –Austin Doty