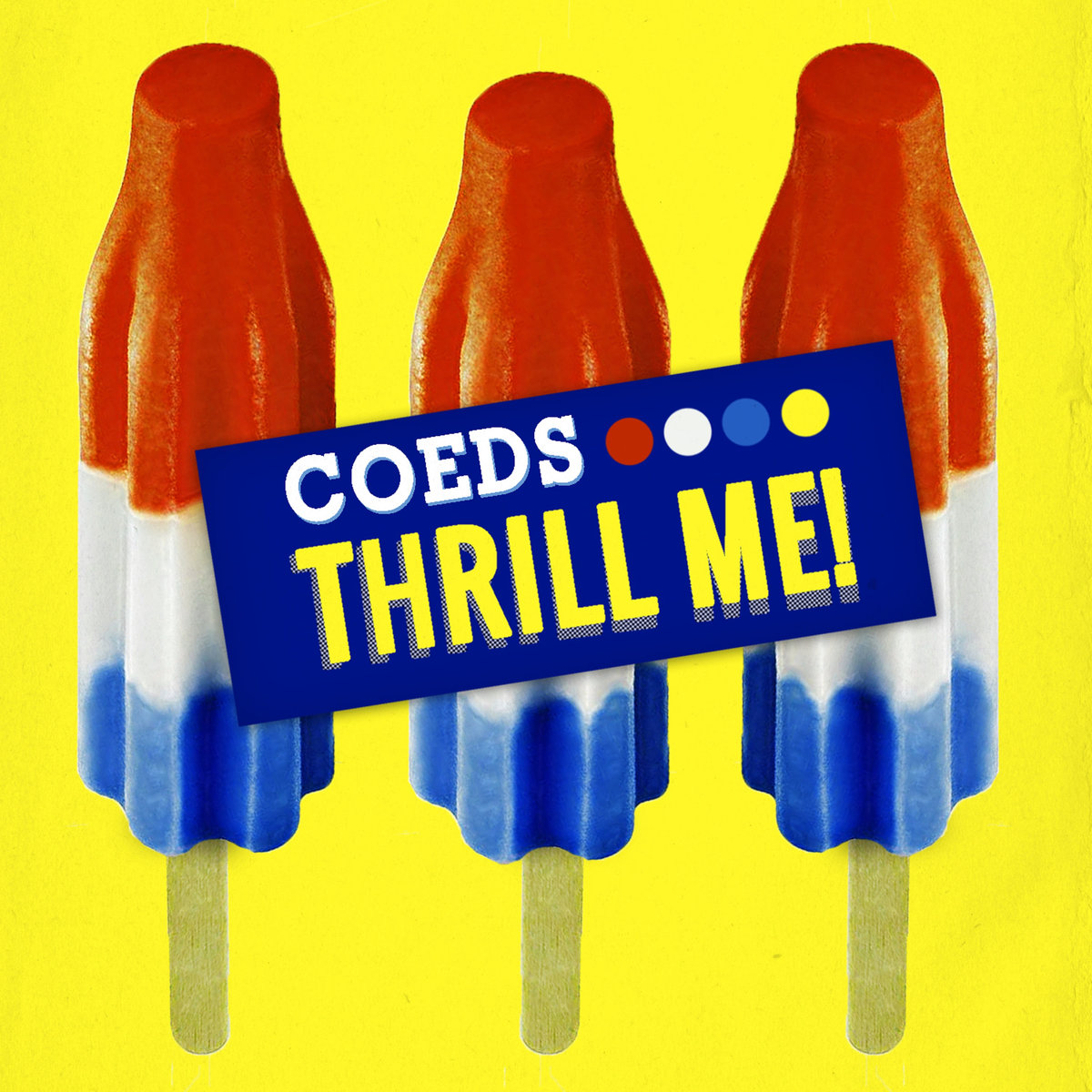 Coeds hail from Savannah, Georgia, and are a part of a line that celebrates the vibrancy of rock groups that have made the state a hot spot for all things rocking and rolling. Over the last 15 years, we have seen top Atlanta bands like The Booze, The Coathangers and Black Lips define a sound that reinstills a much-needed cool and rebellious spirit into a new generation of hip and spiteful youth. Then, there are Coeds. Initially, Coeds inspire an appeal for a positive rock n’ roll sound that should serve only to excite. Certainly, they have a sound that flaunts some angst here, but it is wrapped in overwhelmingly good vibes and an intoxicating indie feel.

Coeds’ new album, Thrill Me!, is wild, harmonious and consistently upbeat. At this point, there is a need to acknowledge a live performance as the optimal venue to experience Coeds in their natural environment. No doubt, it would be an erratic affair that mixes an explosive cocktail of sound with antics that would make for a nearly unforgettable evening. The recording, however, does not quite have the gumption to capture the imagination of this reviewer. That being said, there are tracks worth some consideration. The opening track, “Push,” is smooth and fun, but all the magic here is in the songs “Night of The Creeps” and “Tiger in Your Tank.” The reason these two tracks stand out is their unique ability to conjure a sound that breathes interesting rock n’ roll into otherwise Adderall-happy music. “Night Of The Creeps” has a razor-sharp edge and is a tune to bop, hop and maybe even grind to. “Tiger In Your Tank” is a natural and mature progression into a rock form. Other considerations are “Close Up, Make Up” and the charmingly mellow and subtly provoking “War Room.”

Unfortunately, Thrill Me! doesn’t quite do what the title suggests, although it would be a grave mistake to not point out to a clear desire to try. Sure, the mix of poppy elements and excitable energy offers a noise to move to. It’s just not enough to keep my ears perked or attention fixated for long. Consider Thrill Me an album with a campy appeal that is fun for many, thanks to a pop-tastic overtone. It’s something to be turned on and thought of a pleasing alternative to some other kind of cool. See them live, and when you do, jump and flail around to their harmless fun. After that, pick up something that immortalizes the ripened sound of an edge more provocative in practice. Otherwise, put this out as an accessible record. It’s all ages and could almost be a gateway to something completely different—after all, one has to start somewhere, and pop-driven sounds like this are usually that kickoff into rawer realms of inquiry. —Nick Kuzmack