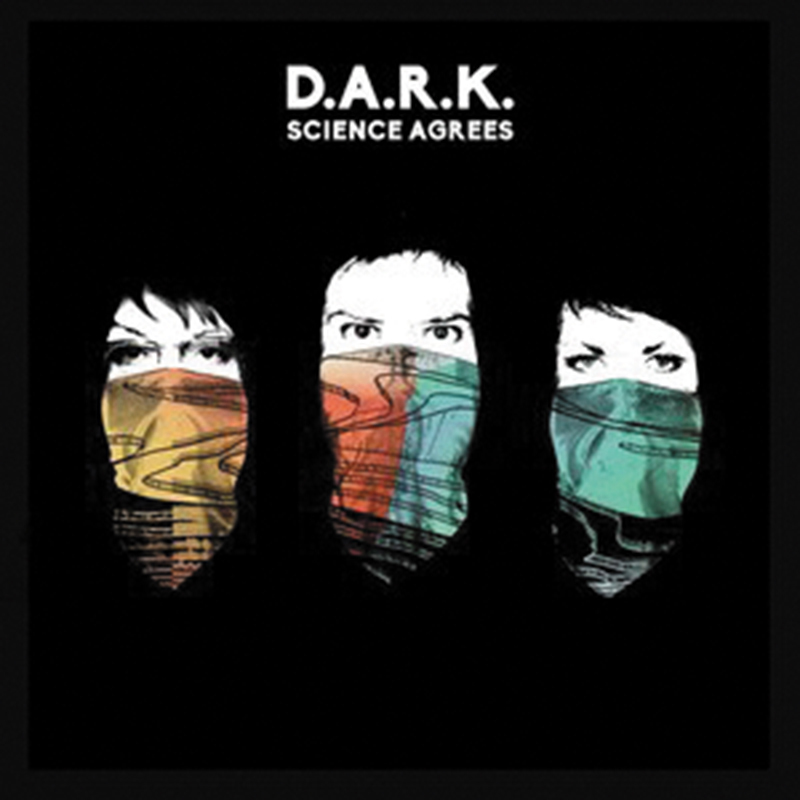 Presenting a new band that sounds nothing like your former bands may actually not be such a bad thing. (Bassist Andy Rourke was the controversial former bassist for a little band you may have heard of called The Smiths, while lead singer Dolores O’Riordan fronted ’90s semi-has-beens The Cranberries). Amateur-sounding can sometimes have its benefits, too. Unfortunately for D.A.R.K., neither quirk serves them justly. Formed by Rourke and DJ/vocalist Olé Koretsky in 2009 as Jetlag and then joined by O’Riordan in 2014 to record Science Agrees, their debut, they were re-christened as D.A.R.K. If only spending so much time recording had yielded something more interesting than this, which at best could be described as “Poor Man’s EDM L.I.T.E.,” and at worst—which unfortunately is mostly the case here—as half-formed songs with insipidly stupid titles like “Chynamite,” “Watch Out I’m Bleeding” and “Loosen The Noose.”

With my apologies to new first-graders everywhere, “banal” is a nice way to describe the first-grader lyrics from “Underwater”—“We’re losing oxygen / The fuel is slowly running out” and “We won’t wake up again / But someone else will come around”—and like the poor vocals that Koretsky often produces, one suspects that he’s responsible for a lot of those lyrics. When his vocals are distorted (“Miles Away”), he fares much better. Unoriginal but likely intentional, O’Riordan’s famous warble hits about 30 seconds into the vocals of opener “Curvy” (so we know it’s really her, perhaps?) but would have been a better fit on a solo track or perhaps not used at all. The years have been kind to her voice, and she can still sound intriguing, but when paired with doomed vocal groom Koretsky (think Sonny Bono to O’Riordan’s Cher), it spells disaster. When Koretsky and O’Riordan’s vocals meet—which is frequently—it is almost as though he put down a guide vocal and she is just singing directly over them, but someone forgot to take his out. As for Rourke—well, it is hard to tell where he fits in, exactly. There is bass, but it is frequently buried underneath electronics.

The award for most amateur lyrics seems to be a tie between “Gunfight” (“people cost a lot / people cost a lot”) and the aforementioned “Loosen The Noose,” the chorus of which is literally just its title. Not that lyrics need to always matter in pop songs, but when you don’t have a lot of positives going for you, they can backfire. Not all is unlistenable: “Curvy” is the most fully realized track, with a nice hypnotic whistle thrown in for catchiness. Likewise, “Miles Away” is at least compelling, and both could be remixed for the dance floor. Unfortunately, there isn’t an album’s worth of greatly fleshed-out tracks here, and this could have been an EP. Aside from the lesser-known, NY-based Koretsky, there is tons of pedigree in both Rourke and O’Riordan. As a result, however, D.A.R.K. feels incomplete, somehow. Certainly, there’s no shame thrown their way for trying something new and different, but next time, they would both be better served by remembering triumphs from their respective rocky pasts. –Dean O Hillis