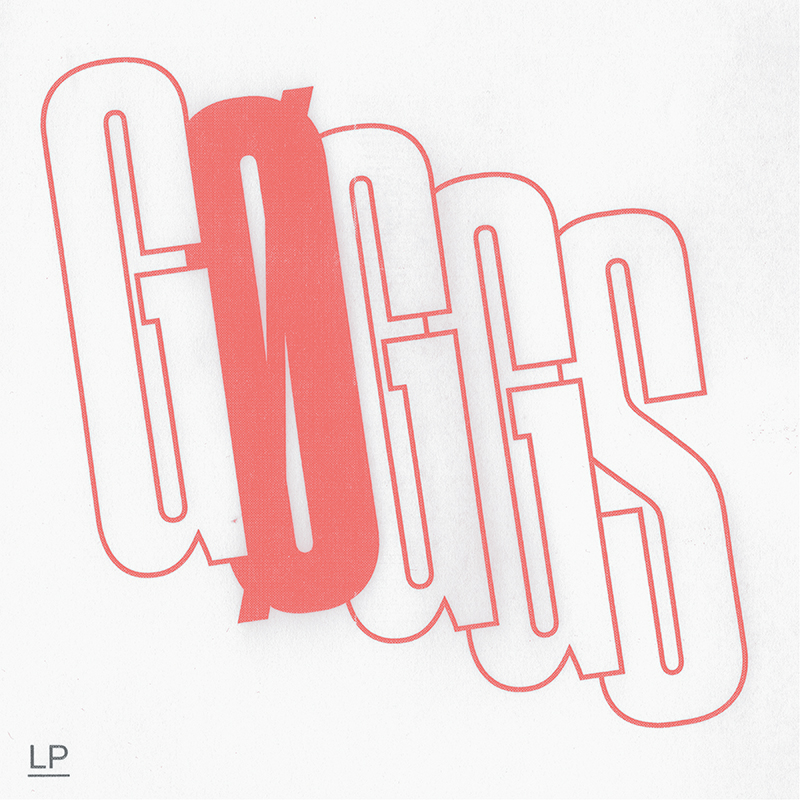 All an unwary listener has to do is switch this on and then bear witness to a sound that devastates with ferocity. GØGGS are a new project that comprises the infamous rocker Ty Segall, Ex-Cult’s Chris Shaw and Fuzz’s Charles Moothart. Given the rambunctious history of these three, the talent of this project should be of little to no surprise. GØGGS formed after Segall and Shaw mutually expressed a desire to work together after Ex-Cult opened for Segall in 2013. Already friends, they included Moothart, and then GØGGS became a “thing.” In November, GØGGS released their first single, “She Got Harder,” on In The Red Records.

GØGGS are the logical offspring of these revered musicians. First off, anything that involves Segall carries a noise that is often found within the confines of the garage. The tracks of this self-titled release are mired in the depths of bluesy fuzz and indecipherable, overwhelming noise.  That, mixed with the desperate yet assertively brutal aggression of Shaw’s raw vocals, offers listeners a look into a real treat that echoes of something infectious and post-punky. Overall, this is an album that is true to form via its provocation. If Shaw’s distinctive vocals don’t inspire a certain bit of lashing out with some  ultraviolence, then I recommend giving this another listen. That said, be sure to give some time to feel a high-voltage kick to the nervous system and then, by all means, let loose.

GØGGS are as abrasive as are Ex-Cult, and they border on the realms of being as raw as the Nots. The opening track, “Falling In,” foreshadows the tone for this album. Its foreboding, dooming, high-charged and spewing riffs expound the idea of this no-bullshit rock n’ roll epic. Apart from the single “She Got Harder,” “Shotgun Shooter” brilliantly captures Shaw’s ability to channel his aggressive vocals, backed by the simple, screeching, fuzz-enveloped riffs of Segall. Sure, there is nothing particularly uplifting about GØGGS. I mean, who am I kidding? It’s an aggressive thrill ride that, coupled with some basic human instincts, may see the unparalleled shattering of television screens or possibly more.

GØGGS are the fun addition to the rough but actually interesting sounds that lay a strong pillar for all things punk rock. And with Ex-Cult’s vocalist, one could hardly expect a different outcome. This is music that is unsparingly aggressive, with pure, overwhelming noise that is fun to get riled up to. With a track like “Assassinate the Doctor,” you’ll get an idea of what I’m saying. Add this to your collection and file this record under contemporary punk or that section reserved for “I’m in a rut and really need to take out my severe-to-quite-severe angst on society.” It’s that special, and after giving this a few listens, you will see why. Enjoy. –Nick Kuzmack