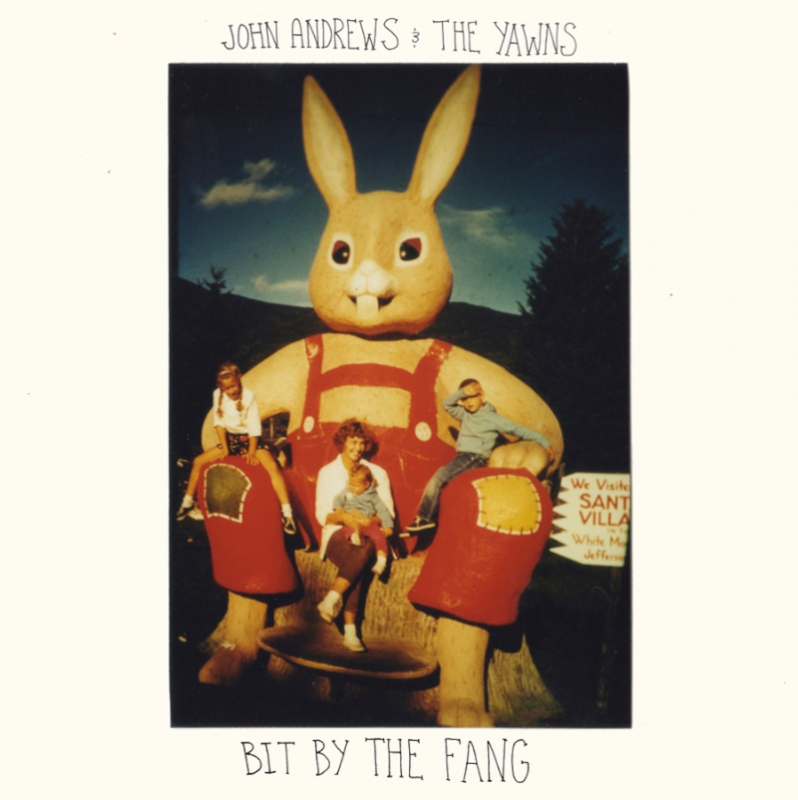 John Andrews & The Yawns
Bit By The Fang
Woodsist
Street: 04.14
John Andrews & The Yawns = Jackson Scott + The Babies + Mikal Cronin
Bit By The Fang offers an eclectic trip through honky-tonk, alt-country piano jingles, detached, druggy guitar loops, and almost ridiculously distorted (and sometimes leeringly high-pitched) vocals. The result is a refreshing album that skillfully masters the tenacious balancing act between experimental garage rock and pseudo-country. Andrews fuses the twang of early Ryan Adams with the high-pitched and distorted vocal style of Jackson Scott to create a unique sound that forges its own way among the overwhelming amount of bands playing similar psychedelic alt-country tunes right now. On the track “I’ll Go to Your Funeral (If You Go To Mine),” Andrews layers nostalgic, detached vocal harmonies over trilling piano jingles that remind me of a semi-crowded, Christmas-light-clad bar on a Friday night in Rock Springs, Wyoming. Painfully articulate and slightly euphoric-sounding, Bit By The Fang ought to be on your summer music list if it isn’t already. –Kristyn Porter
Photos: