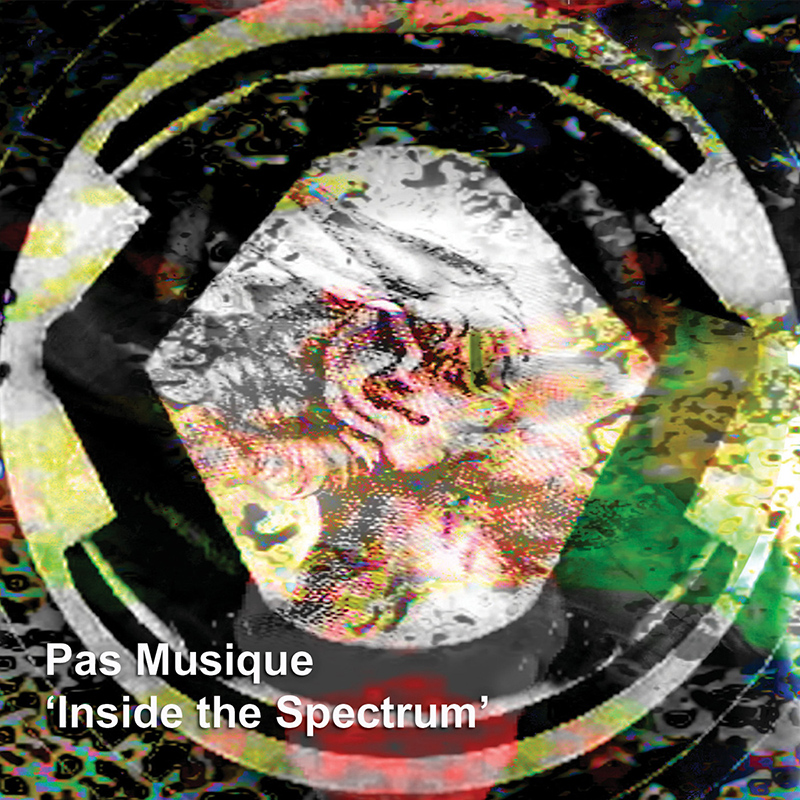 Review: Pas Musique – Inside the Spectrum Pas Musique
Inside the Spectrum

Inside the Spectrum is 10 collages of morphing, undulating beats, guitar drones, manipulated electronics and acoustic instrumentation that, when put through the blender that is Pas Musique, sound like some terrifying, old-god mating call. Inside the Spectrum takes its cues and inspiration from the final frontier, blending in sampled lectures from physics professors and television edutainment from the Space Age that was still trying to understand and explain all of this new technology. What saves this record from another “interesting” (intellectually engaging but emotionally flat) designation is Pas Musique’s bizarro take on classic house, often allowing a 4/4 beat to ride into infinity while seemingly unaffected by the fuck-all weirdness happening around it. At a BPM right around our natural heartbeat, it makes the incomprehensible seem familiar and easily digestible. This album, with 10 tracks at around four to five minutes each, covers an ungodly amount of musical ground without sacrificing listenability. –Ryan Hall