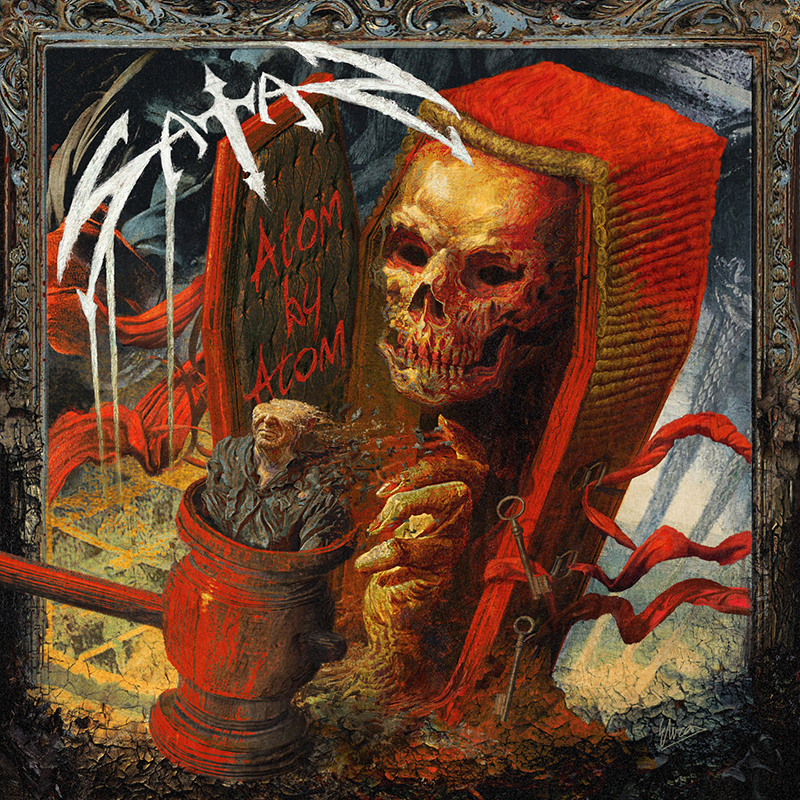 NWOBHM is alive and well in Satan, and their 2013 album, Life Sentence, is easily one of the best reunion albums ever. Atom By Atom builds off that momentum and is an album that sounds like it’s the late ’70s or early ’80s again. Driving, Steve Harris–type bass-playing is not derivative but more in the realm of the bass playing being such an integral part of the Satan sound. The guitar-playing is as tight as tight gets and has that catchy NWHOBHM sound where I catch every note and nuance. The fact that pretty much every song title is the chorus of said song makes every cut memorable. Add in Brian Ross’ vocals sounding more ’70s rock than falsetto amps up the punchy hooks of the album. Following an amazing album with something worth remembering is hard, but Satan follow it up in fold with Atom By Atom being even better than its predecessor. –Bryer Wharton