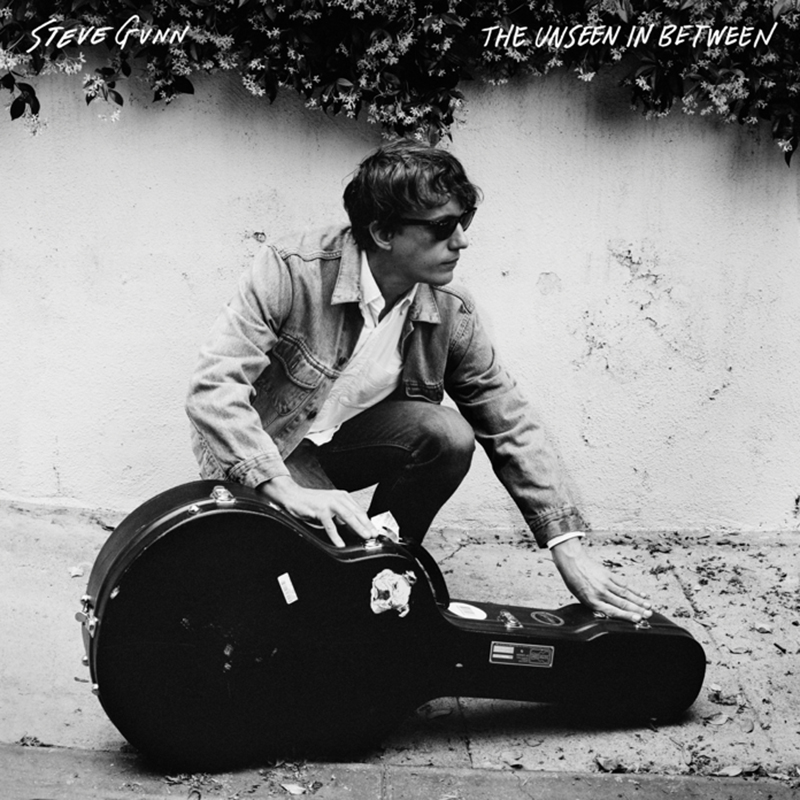 Steve Gunn | The Unseen In Between | Matador

Review: Steve Gunn – The Unseen In Between

Steve Gunn
The Unseen In Between

Steve Gunn’s follow up to his 2016 LP, Eyes on the Lines, on the always savvy Matador Records, is stunningly rich, deep, layered, and, at times, very profound. One can listen to The Unseen In Between—or most of his releases for that matter—anywhere and feel as though they were hearing it being played in close quarters, almost like Nick Drake’s voice always being quiet no matter how far to the right the volume knob gets turned. That’s a unique characteristic, and Gunn is a unique character.

The artist has carved out a space for himself among the musically enlightened as an astounding songwriter, guitar player and producer. Here, Gunn has created an album that is more complex and vividly landscaped than much of his previous work. Driven by his rhythmic guitar, folkadelic tapestry of lyrics and overlain combinations of sound, Gunn takes listeners on a journey through what sounds like his very personal history, or histories he knows well enough to be his own—likely a combination of both.

Take, for instance, “Stonehurst Cowboy,” a track about Gunn’s late father in the middle of the album. The song weaves along a trail of memories and revelations both hard and pleasant regarding the relationship Gunn had with his old man, which, like all relationships, had its ups and downs, involving stuff that can only be alluded to in poetry for others to ponder but for the author never to forget. It’s a lesson about lessons.

Other tracks with equally powerful subject matter and vivid representations of life across the spectrum of human situations are “Vagabond” and “Morning is Mended.” The former is a splendid display of Gunn’s understanding of the adversity that people in all circumstances deal with and is beautifully backed with vocals by Meg Baird. The latter is a rumination about moving forward after having witnessed or experienced the previously mentioned challenges in our existence. Add some stellar guitar play to that great lyrical content and you wind up with a few songs that could carry a sparse album. However, The Unseen is hardly sparse.

The album is thick from start to finish, with some highlights littered and stacked throughout. One of my favorite tracks in particular is “Chance,” toward the beginning of the album. It has a laid back sense of direction. Though it has a typical structure, I couldn’t help being reminded of longer jam-band tracks from decades passed. I also dig the end cap, “Paranoid,” which is a wonderful showcase of everything the album offers all rolled into one final song—a good way to close the album’s door.

Matador Records hasn’t failed me yet. The albums released by the label not only live up to my crazy expectations, but a lot of them go even further and surprise me pleasantly with releases that are so good, I can’t choose between bands or records. It’s totally a good problem to be stuck with, too. Gunn fits in perfectly with the lineup over there, adding another album to the stack I can’t pick from, at home amongst his contemporaries, coworkers and collaborators. His last album from two years ago was good, but this one is better. He is setting a precedent for a label that sets precedents. My hopes for the future couldn’t be greater. –Billy Swartzfager