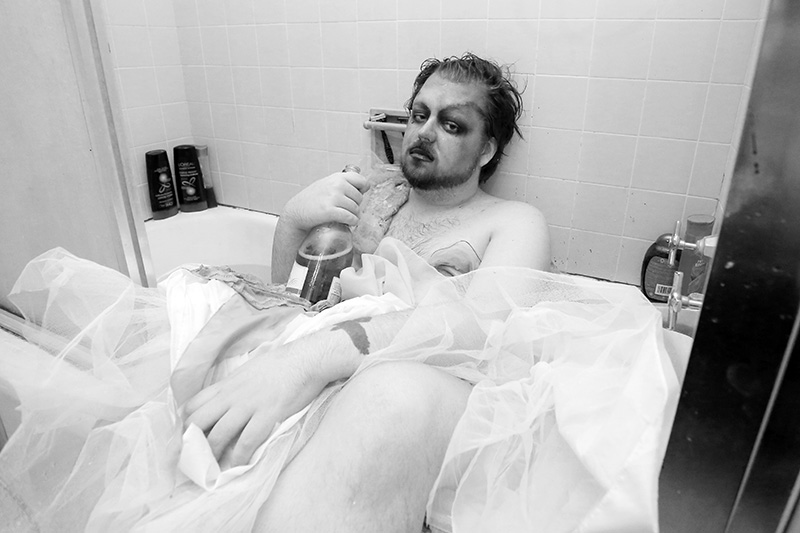 Over the years, Harlot’s drag has progressed into something drawn out of the deepest depths of herself. She credits some of the first drag shows she attended, where she felt such raw emotions and inclusivity emanating from the performers, she decided she wanted to recreate that herself. “When I go onstage, there’s always a message, but I want to make them feel something,” says Harlot. “That’s why we all go to shows. We all go to be entertained, and it’s a gag. But I think it’s really important to bring something that people can relate to. There’s always that one kid in the crowd that didn’t know it was OK to feel like this and it’s OK to do this. And it brings a sense of community that we all go through the same shit and that’s OK.”

One of the most powerful things Harlot says in our short time together is that “You have every right to be as loud and as gay as you wanna be,” she says, “and you also have every right to be as quiet and as calm as you wanna be. Some people don’t have that voice and that’s OK. So when other people can’t say what they wanna say, you scream what you’re saying twice as loud for them.” It’s a good thing Harlot doesn’t plan on skipping town anytime soon, as she says she’s getting everything she needs out of her drag right here in Salt Lake. And let’s be honest, we need strong figures like her to light the way for a brighter and queerer future.

While The Bad Kids Collective currently undergoes an exciting transition period, be sure to follow The Harlot on social media at Facebook and Instagram @theee_harlot to stay tuned for exciting changes for the group and keep supporting your local drag queens!

<<< Page 1 of Creature Feature: The Harlot